Tron [TRX], the tenth-biggest cryptocurrency, has shown better performance in the bear’s market in comparison to other cryptocurrencies in the market. Moreover, the cryptocurrency made a wave by surpassing Monero [XMR] and Cardano [ADA] in terms of market capitalization. 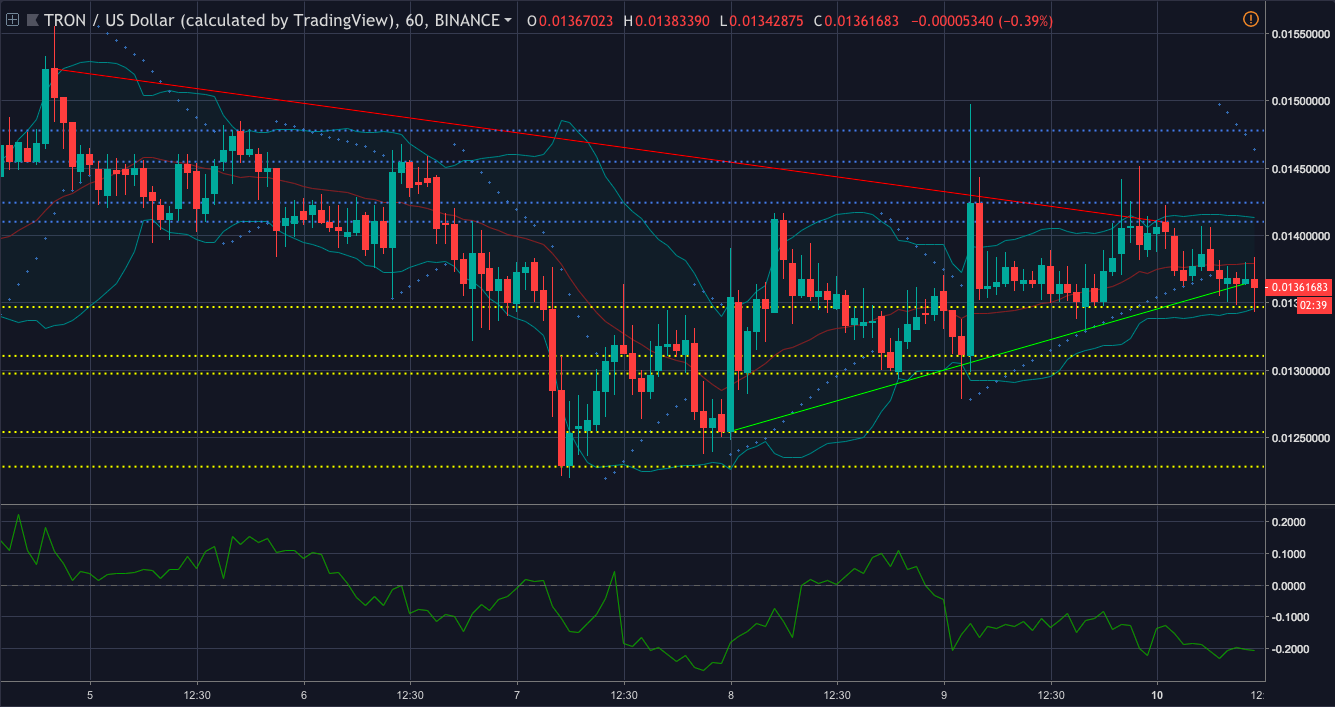 Parabolic SAR shows that the coin has stepped into the bear’s sphere as the dots have started to align on top of the candlesticks.

Chaikin Money Flow also pictures the same scenario as the money has started to flow outside the market.

Bollinger Bands is forecasting a less volatile market for the coin as the bands have started to reunite. 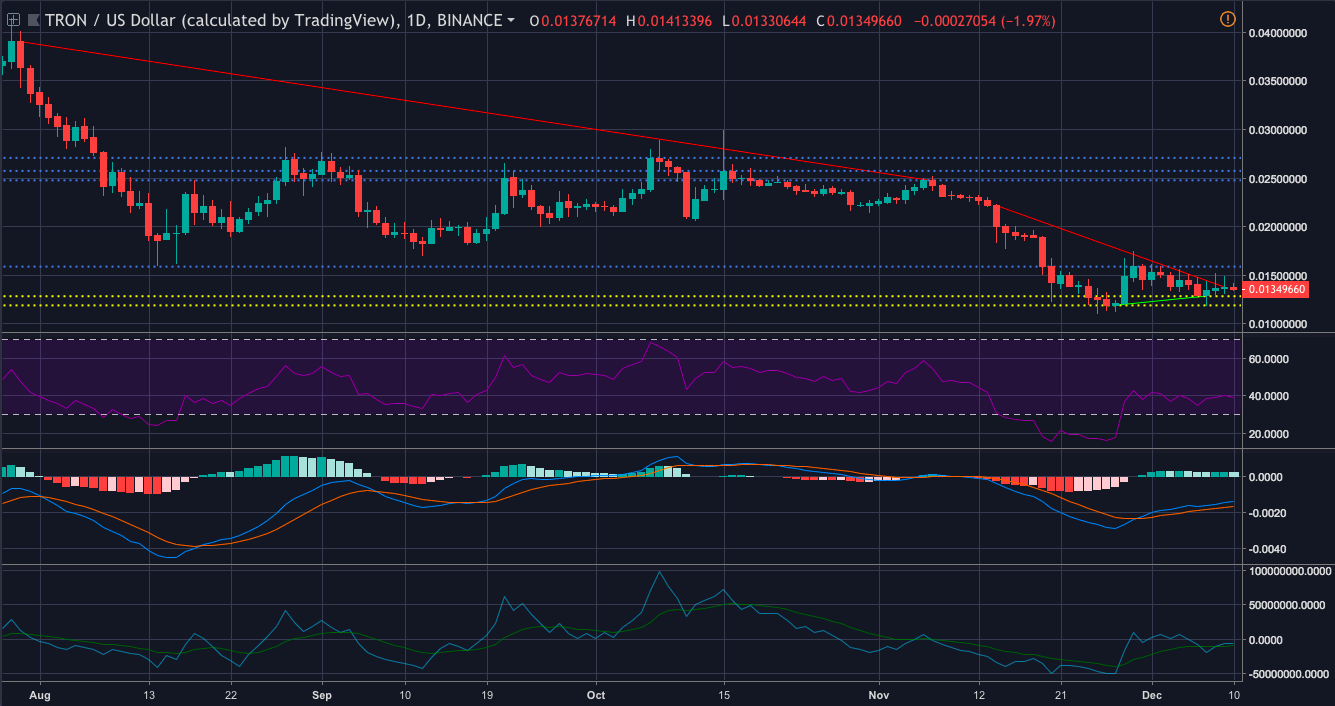 MACD is forecasting that the coin will find its path back to the bull’s sphere as the moving average line has made a crossover, only to take the move north.

Klinger Oscillator is nodding yes to MACD’s forecast as the reading line has made a bullish crossover.

RSI is showing that the buying pressure and the selling pressure for the coin is currently evened out in the market.

The Parabolic SAR and CMF from the one-chart show that the coin has strayed off to the bear’s side of the market. However, MACD and Klinger Oscillator from the one-day chart are predicting that the coin will find its way back to the bull’s side.