The last 24 hours have been a reprieve for the cryptocurrency market as a majority the coins saw a significant hike in prices. The top-10 cryptocurrency club witnessed every single member getting on the bullish slide and protecting their price supports. The biggest gainers in the top-10 club were Litecoin [LTC], Bitcoin SV [BSV] and EOS.

At the time of writing, Litecoin was growing by a massive 11.45% with a total market cap of $1.555 billion. The cryptocurrency was trading for $26.09 with a 24-hour volume of $367.882 million. The seventh-largest cryptocurrency had its majority trade occurring on OKEX, which had a grasp on 7.47% of the total LTC trade. OKEx was closely followed by EXX, which held onto $31.456 million worth of Litecoin transactions. 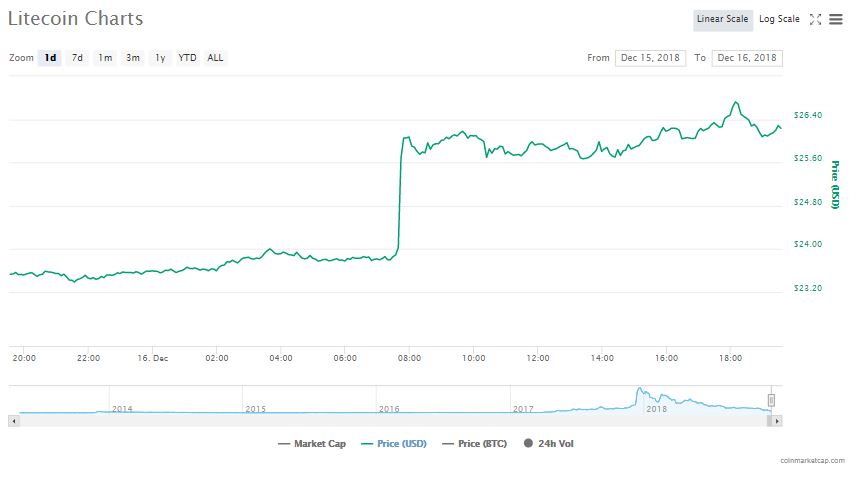 The surge comes in the wake of Atulya Sarin, a professor at Santa Clara University, stating that:

“It’s like when the sun is going down and there’s that eight minute period just before it goes dark. Litecoin is in its seventh minute.”

Next in line was Bitcoin SV, which was on the rise by 11.25% and was trading or $75.85. At the time of writing, it had further increased its bullish environment to trade at a 17% hike. The cryptocurrency also held a market cap of $1.328 billion with a 24-hour volume of $90.418 million. Binance, the largest cryptocurrency exchange, held the lion’s share of Bitcoin SV trade, encompassing 18.39% of it. Upbit was a close second, conducting $17.469 million worth of BSV trade. 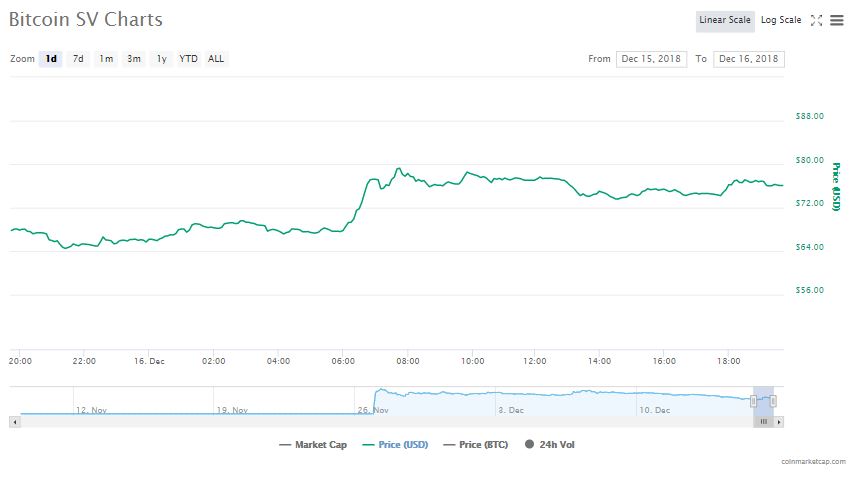 Bitcoin SV has been in the limelight multiple times recently because of one of its major proponents, Craig Wright. He had recently said:

“In the near future, I will be using Bitcoin without even knowing I am using a digital asset. People will be able to pay for Euro, Pound and can instantly change it to whichever currency they require. Users will possess a wallet that will pay for microtransactions and their invoices will be stored in the ledger.”

The third-biggest gainer in the cryptocurrency chart was EOS, with the sixth-largest cryptocurrency gaining by 6.22%. EOS was trading for $1.94 with a total market cap of $1.756 billion and a 24-hour volume of $594.857 million. 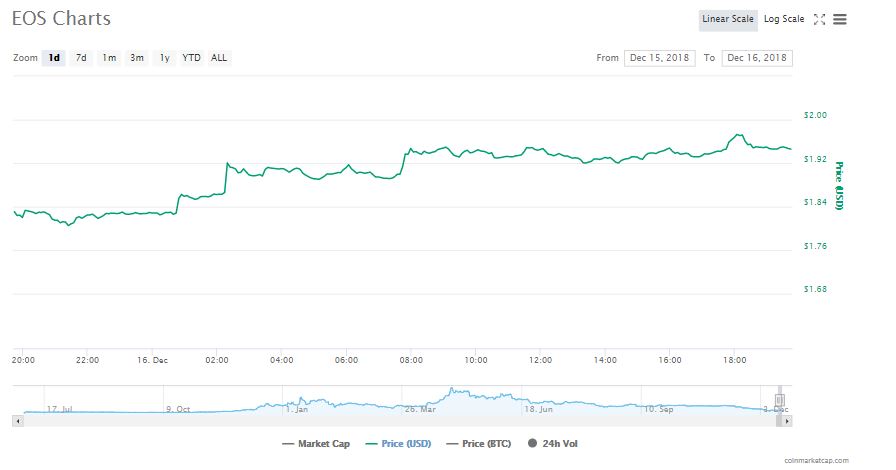