Bitcoin Investment Trust sponsored by Grayscale Investments, LLC aka Grayscale, according to the recent research by Diar shows that the trust has been accumulating Bitcoins in 2018 despite the brutal bearish market.

Grayscale Bitcoin Investment Trust [GBTC] kicked off the month of December under $1 billion for the first time since its inception in 2013. According to their research published on December 3, 2018, the total Bitcoin holdings for Grayscale as on December was 203,000 Bitcoins and when compared to the 17.4 million BTCs in circulation it controls over 1.16% of the total Bitcoins. Grayscale’s total holdings in Bitcoins alone are worth in excess of $783.81 million. 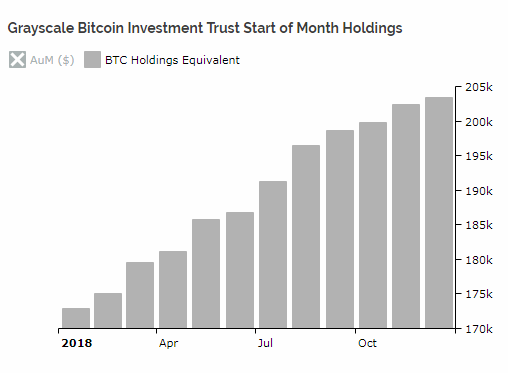 The BIT in one of its documents said that the trust was created for investors who were interested in investing in Bitcoin through a traditional investment vehicle. The document stated:

“The Trust was created for investors looking for Bitcoin exposure. Bitcoin Investment Trust’s shares are among the first securities solely invested in, and deriving value from, Bitcoin. Grayscale has assets under management of $0.9 billion.”

According to the website, Grayscale was founded in 2013, and GBTC quotation began on May 4, 2015. The Bitcoin holdings per shares for GBTC is currently trading at $3.86 after reaching an all-time high of $18.94 per share in the peak time for Bitcoin. The shares for GBTC reflect the closing price of BTC which is calculated daily at 4 pm ET.

Mati Greenspan, a senior analyst at eToro acknowledged the holdings in a tweet. It stated: 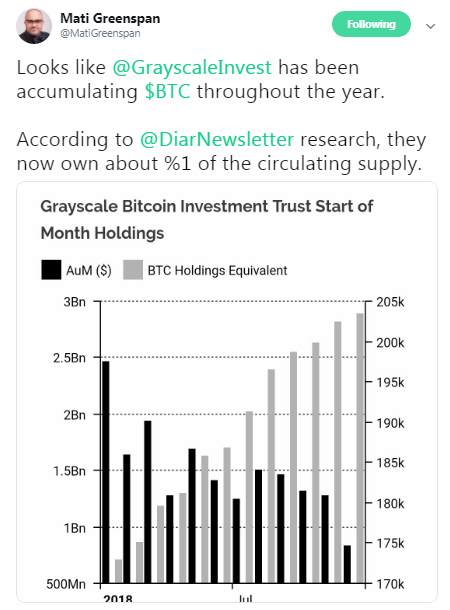 Greenspan also tweeted out saying that eToro has also been busy accumulating Bitcoins despite the bear market. 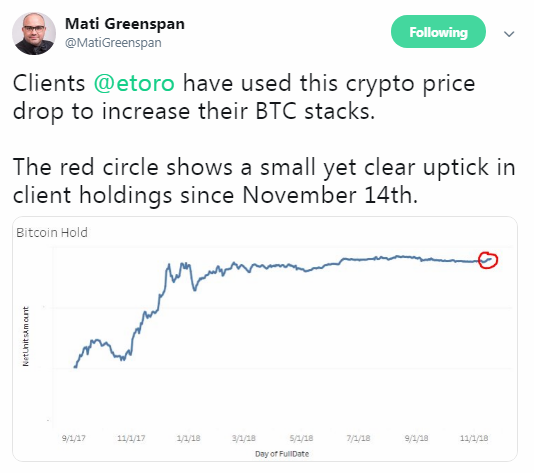 The diar research also shed light on other investments of Grayscale stating:

“Grayscale’s other cryptocurrency products have yet to find solid interest. The current Assets under Management for all 8 products sits at a tiny 56.4Mn, a notch over 6% of the sponsor’s total. This has in fact now decreased from 8% when Grayscale launched its Zen Fund.”