The cryptocurrency market appears to be wounded, as it continues to bleed. The third largest cryptocurrency on the CoinMarketCap list, Ethereum [ETH] slipped by a little on December 25 but is seen to be growing ever since. The coin registered a growth of 4.58% over the past day. 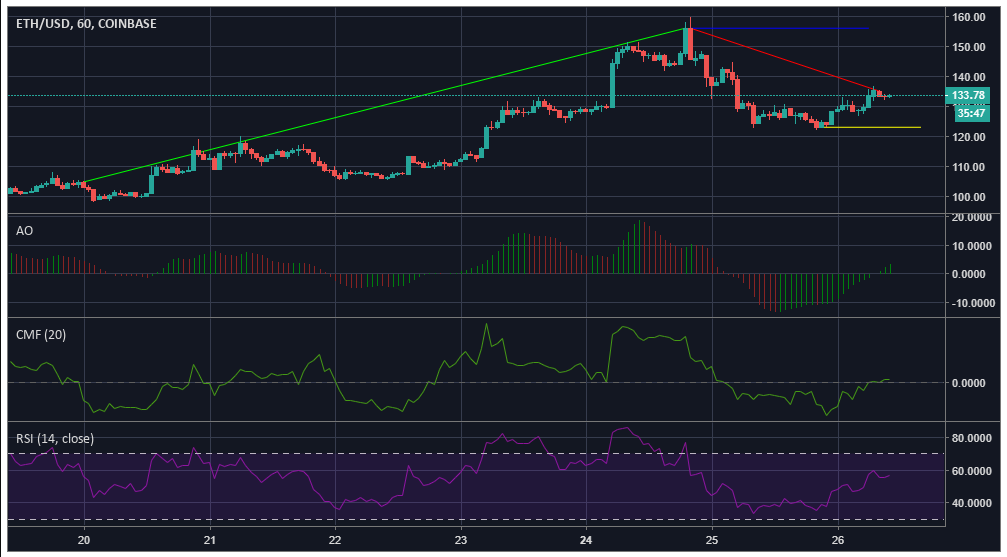 Chaikin Money Flow also predicts a bullish market as the marker line is above zero. However, the rise is not too high and could see a fall and come back under zero.

Relative Strength Index points that the buying and selling pressures are evening each other out. 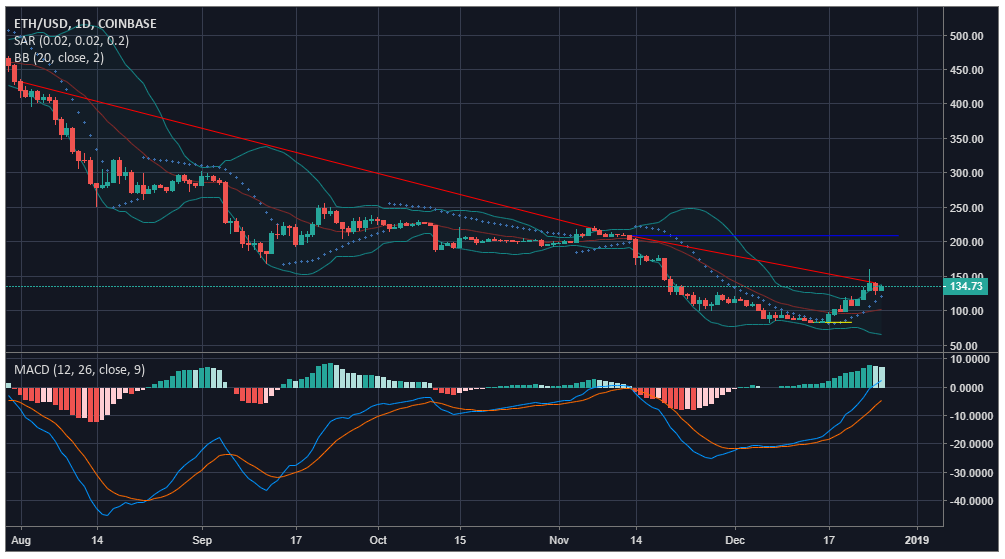 Parabolic SAR is forecasting towards a bullish market, as the markers align under the candles.

Bollinger Bands appear to be diverging, thus increasing the volatility in the market. The chart points towards a bearish market as the moving average line is under the candlesticks.

MACD, on the other hand, forecasts a bullish market, with MACD line above the signal line.