The market opened today, December 4, with a lot of major cryptocurrencies succumbing under to the bear’s pressure. Bitcoin [BTC], Bitcoin Cash [BCH] and EOS, which were all enjoying a bullish slide last week, were the biggest losers within the top-ten cryptocurrency club.

A cryptocurrency that is undergoing a massive slide was EOS, as the sixth-largest cryptocurrency fell by 15.18% at the time of writing. EOS was trading for $2.41, with a total market cap of $2.181 billion. The cryptocurrency’s $795.458 million market volume was majorly split between DOBI trade and OKEx.

DOBI trade held a major share of the EOS trade, with the cryptocurrency exchange handling $115.89 million of the entire volume. DOBI trade was closely followed OKEx, which handled $87.967 million of all EOS trade.

“We’ve worked relentlessly to make this license succeed and we will continue to strive to be the standard for smart casinos”.

Upbit was closely followed by Huobi, on which $7.115 million of BCH trade took place. 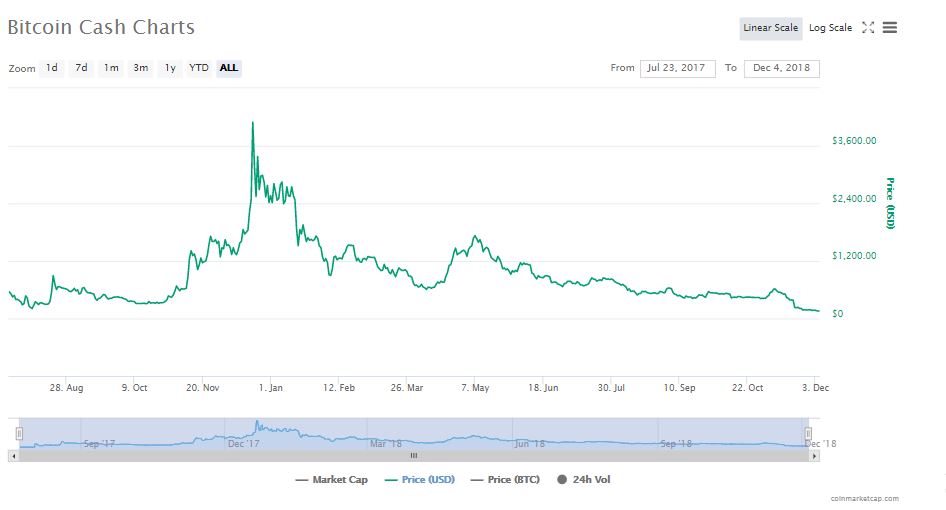 Bitcoin Cash’s fall had started since the hard fork that took place on November 15, splitting the original Bitcoin Cash into two tokens: Bitcoin ABC, which is considered as Bitcoin Cash right now, and Bitcoin SV.

The post EOS down by over 10% after flash crash; Bitcoin Cash [BCH] continues on downward spiral appeared first on AMBCrypto.