The cryptocurrency market’s confused state of mind has witnessed some coins ride the bullish wave while others are still under the paws of the bear. EOS, which had earlier been thumped by the bear, has risen from the ashes by growing in double-digit numbers. 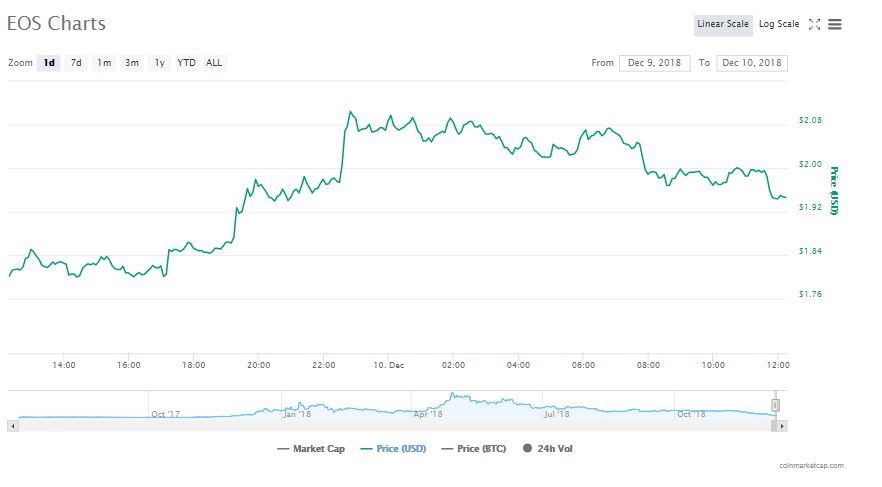 OKEx was closely followed by DOBI trade, which controlled $7.87$ of all EOS transactions. What makes EOS’s rise so significant is the fact that just a few days back, the cryptocurrency was the biggest loser among the top-10 cryptocurrencies, sliding by a massive 20%.

EOS was also given a boost recently when the cryptocurrency was decided to be one of the coins that will be listed on Coinbase. The world’s largest cryptocurrency exchange had announced:

“As we announced in September, Coinbase’s goal is to offer support for all assets that meet our standards and are fully compliant with local law. Over time, we intend to offer our customers access to greater than 90% of all compliant digital assets by market cap.”

Other top-ten cryptocurrencies that were listed by Coinbase include Stellar Lumens [XLM] and Cardano [ADA]. Coinbase further stated:

“Our listing process may result in some of these assets being listed solely for customers to buy and sell, without the ability to send or receive using a local wallet. Finally, as per our listing process, we will add new assets on a jurisdiction-by-jurisdiction basis, which allows us to add assets efficiently and responsibly.”

The post EOS becomes biggest gainer among top-10 club; news comes on the back of Coinbase announcement appeared first on AMBCrypto.