Bitcoin [BTC] has weathered a total of 82% decrease in its market cap from an all-time high in December 2017, while other cryptocurrencies have undergone losses much worse than that.

Cryptocurrency market has suffered a much worse fate as the cumulative market cap has reduced from a massive ~$835 billion to a mere $100 billion.

Despite such massive drops in the current bear market the adoption of cryptocurrencies keeps on increasing steadily to new heights as per the new research conducted by the Cambridge Centre for Alternative Finance. 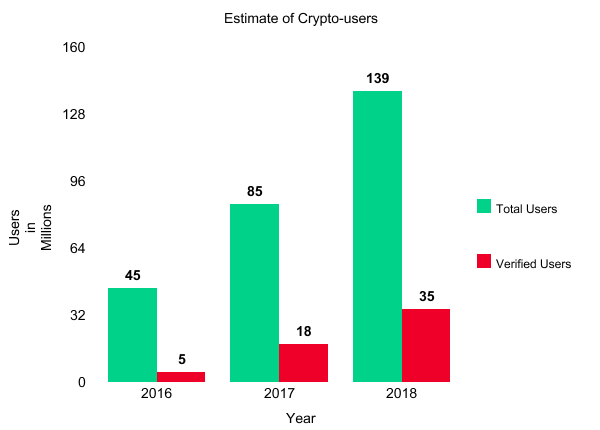 The total number of users/accounts as seen in the chart above has increased from 2016 to 2018 by a staggering 208%.

The research also shows the number of verified users are on the rise, the report stated:

“It also shows that KYC’ed user growth has dwarfed total user account growth, which means that new users are more likely to get immediately verified. Growth rates were at their highest in 2017, and the number of new user accounts as well as ID-verified users continued to rapidly grow in 2018 as well.”

The same research also shows that the crypto-asset industry, even though global, is mainly driven by companies based in North America, China, India, and Western Europe. 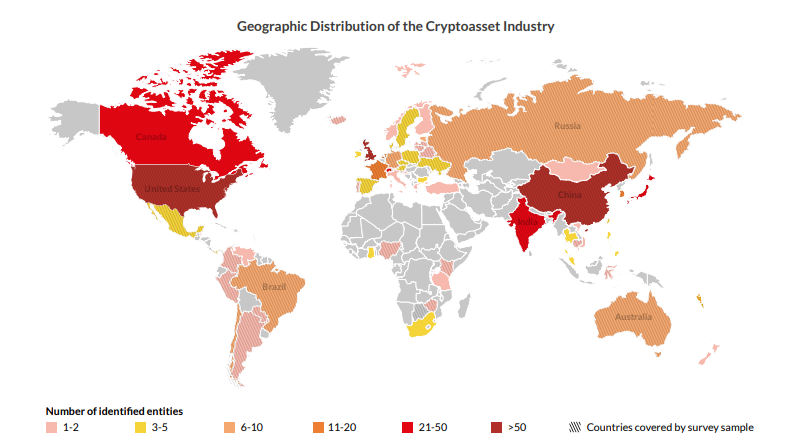 The US and China dominate the map, which is shown in the chart, with India, and Canada following these countries in their contribution to the crypto-industry through crypto-based companies.

Another research titled “The State of Bitcoin” by Delphi Digital shows a comparison between the distribution of Bitcoin. 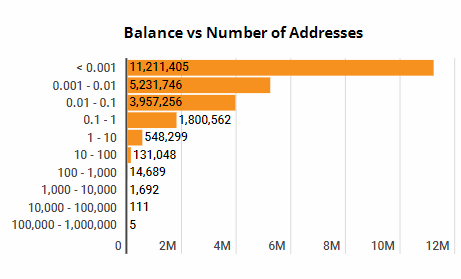 According to the research, approximately 679,347 users held 1 to 100 Bitcoins in their wallets. The research further stated:

Although the situation for Bitcoin and other crypto-assets that most of the users observe looks grim, the underlying fundamentals for these assets are growing steadily with strong roots.

The adoption for the digital assets are increasing and institutional investors slowly but definitely getting into crypto-space. Governments and regulating bodies are trying to regulate the assets to avoid misuse and protect investors from getting scammed and all of the above-mentioned pieces of information points the finger to one thing, that these assets are here to stay.