The current bearish trend of the cryptocurrency market seems to be persistent with almost all the coins sinking in the bear pool. Bitcoin Cash [BCH] and EOS have dropped by 14% and 11% in the past 4 hours to be the biggest losers in the top 10 cryptocurrencies.

Bitcoin SV [BSV] is the only cryptocurrency which is constantly flashing green even during the strong bearish trend. At the time of writing, BSV is trading at $103.27 with a market cap of $1.8 billion. The coin has seen a stupendous growth of 17.04% in the past 24 hours. The daily chart of BSV seems to be continuing in an upward direction at the moment. BSV’s 1-hour chart has also gone up by 4%, according to CoinMarketCap. 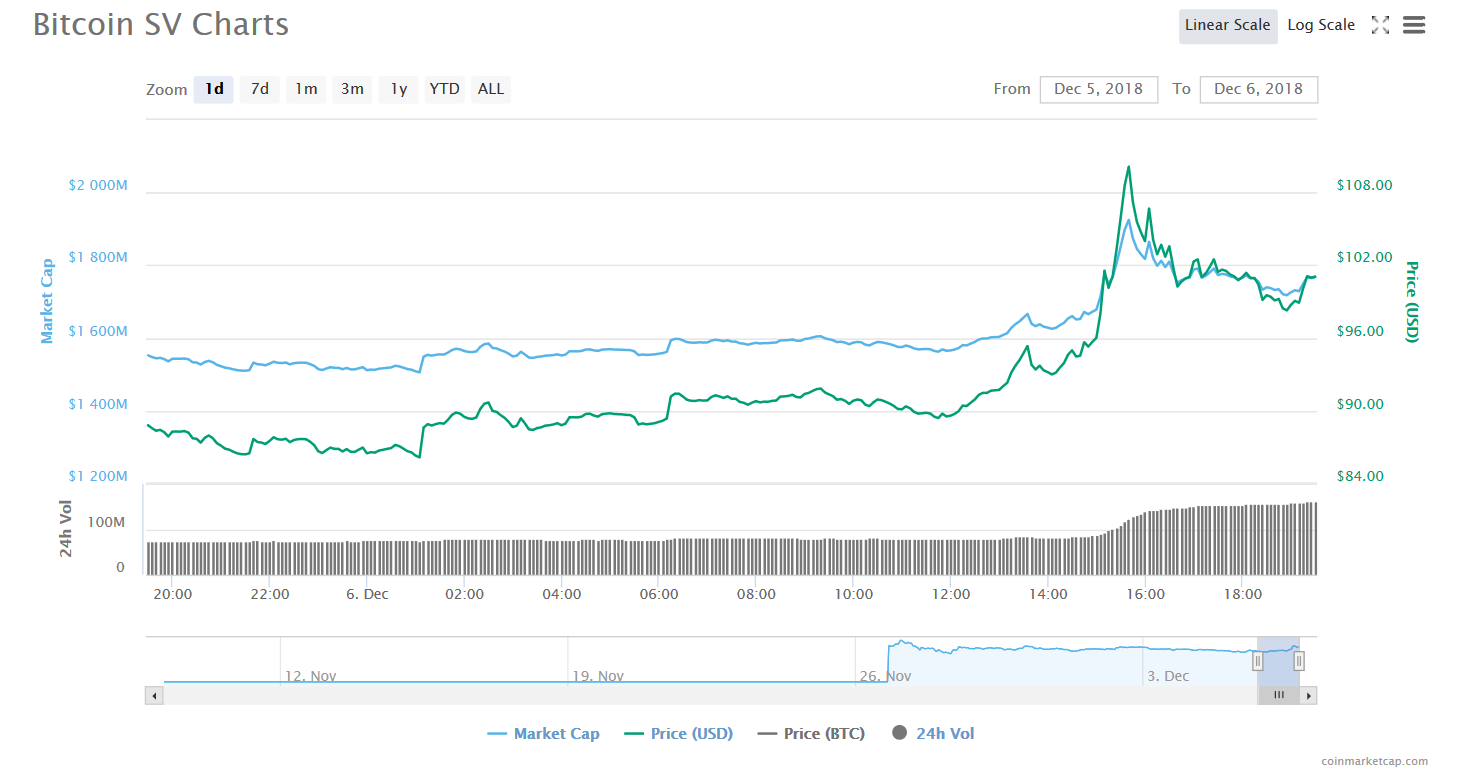 The highest trading volume for BSV is seen on the popular Korean exchange Upbit, i.e. approximately 18%. Additionally, Bitcoin SV is being traded on Binance, Bithumb, Bit-Z etc with a commendable amount of trading volume.

BSV’s performance in the market has been remarkable since the hardfork which took place on 15th November. During the last week of November, the cryptocurrency had touched its lowest point of $36. However, this lasted only for a day and the cryptocurrency further moved upwards constantly and reached $100 mark soon.

“They thought it was over, don’t call early victory they said (as they called early victory). What this will slowly turn into is a “slow burning” of all the BaBcoiners and shitcoiners out of the space. And provide opportunity for those who look a bit deeper to get Bitcoin again :)”

Recently, Calvin Ayre, the Founder of Ayre group and the main supporter of Bitcoin SV stated that BSV is a superior technology which returned in the form of the original Bitcoin. According to him, the cryptocurrency has the potential to generate revenues for mining and hardware sales. He considers BSV to be the most scalable cryptocurrency among all the available digital assets today.

The post Bitcoin SV [BSV] hikes by 17%; leaves behind EOS and Litecoin [LTC] for 7th position appeared first on AMBCrypto.