The market has been merciful to all coins for the past few days, and Bitcoin Cash [BCH] is also enjoying the great green ride. The coin has climbed up the top-10 cryptocurrencies ladder and acquired the fourth position. The coin had climbed to the sixth position on December 19 and by December 20, it overtook EOS and Stellar.

According to CoinMarketCap, at the time of press, the coin was valued at $135.32, with a market cap of $2 billion. The fourth largest cryptocurrency registered a 24-hour trade volume of $561 million and had hiked by 1.57% over 24 hours. The coin registered an overall growth of 36.64% over the past one week. 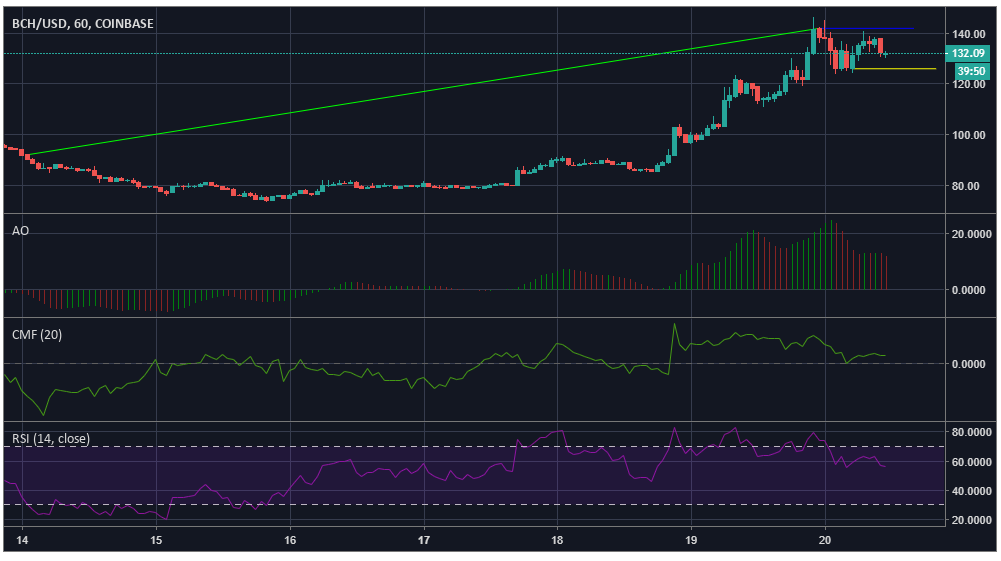 According to the one-hour chart, the coin registered an uptrend from $91.96 to $142. The coin, even after weeks. has not seen a significant downtrend. The coin met with immediate resistance at $142 and is going with strong support at $126.01.

Awesome Oscillator indicates that a bearish trend is gaining momentum.

Chaikin Money Flow indicates a bullish market, as the marker line is below 0.

Relative Strength Index marks towards a market where buying and selling pressures are evening each other out, after recovering from an overbought position. 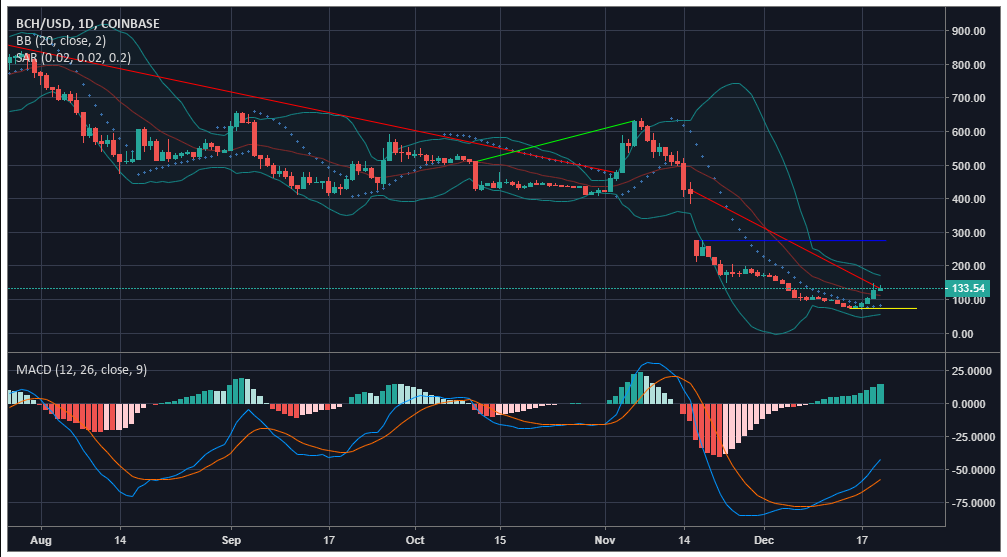 Bollinger Bands appear to be at a converging point, indicating less price volatility. The moving average line is under the candles, marking a bearish market.

MACD line is over the signal line, marking a bullish market after a crossover.

Parabolic SAR is pointing towards a bullish market as the marker lines are under the candles.

BCH has spiked way up on the chart and claimed fourth position. The indicators MACD and Chaikin Money Flow report a bullish market. However, the other indicators like Bollinger bands and Awesome Oscillator point towards a bearish market.