After a momentary bullish ride on December 16, Bitcoin Cash [BCH] is back on the bull’s side. However, BCH had been struggling to keep up its position on the top-10 list of CoinMarketCap. 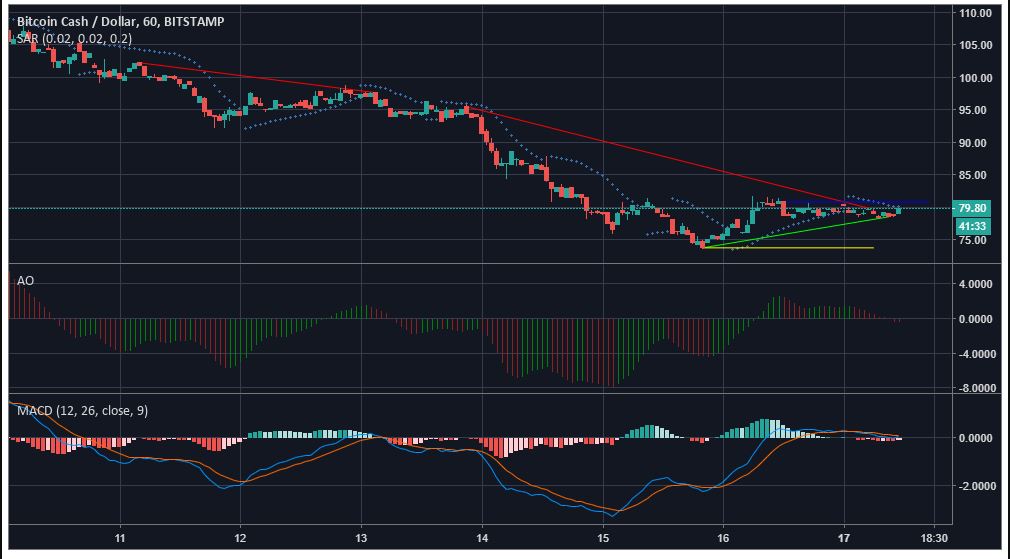 Awesome Oscillator indicates that a bearish trend is gaining momentum.

MACD line is under the signal line, marking a bearish market after a crossover.

Parabolic SAR is pointing towards a bearish market as the marker lines are above the candles. 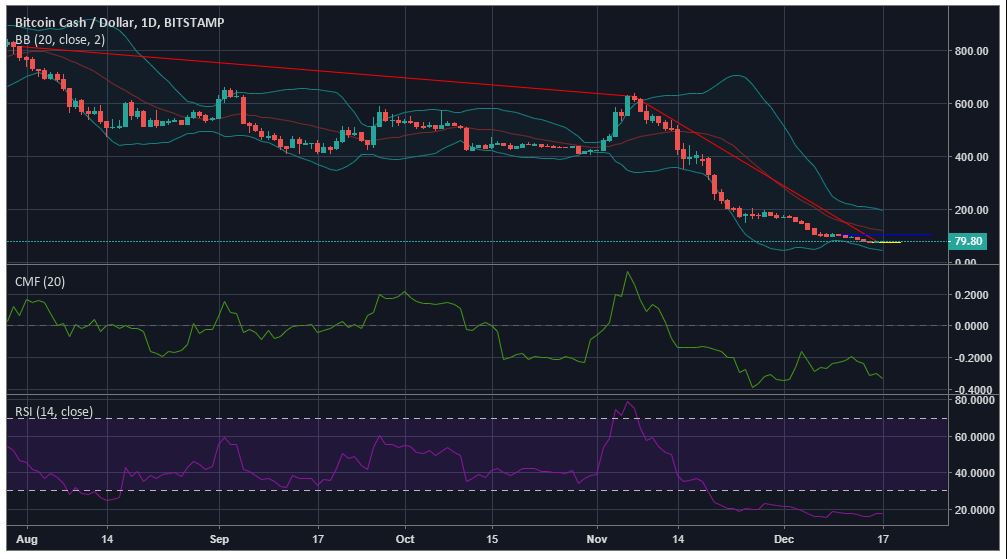 Bollinger Bands appear to be at a converging point, indicating less price volatility. The moving average line is above the candles, marking a bearish market.

Chaikin Money Flow also indicates a bearish market, as the marker line is below 0.

Relative Strength Index is in the oversold zone, pointing towards a bearish market.

BCH showed a momentary bullish trend, however, it did not last for long. As per the indicators Awesome Oscillator and Chaikin Money Flow, the market is bearish.