After a massive downfall which took place yesterday, Bitcoin Cash [BCH] has returned to its original position today. At press time BCH is trading at $107.23 with a market cap of $1.8 billion. The 1-hour statistics of the cryptocurrency has began to flash a green signal with 3% hike. However, the daily charts of the coin is still depicting a downward trend of approximately 7% loss. 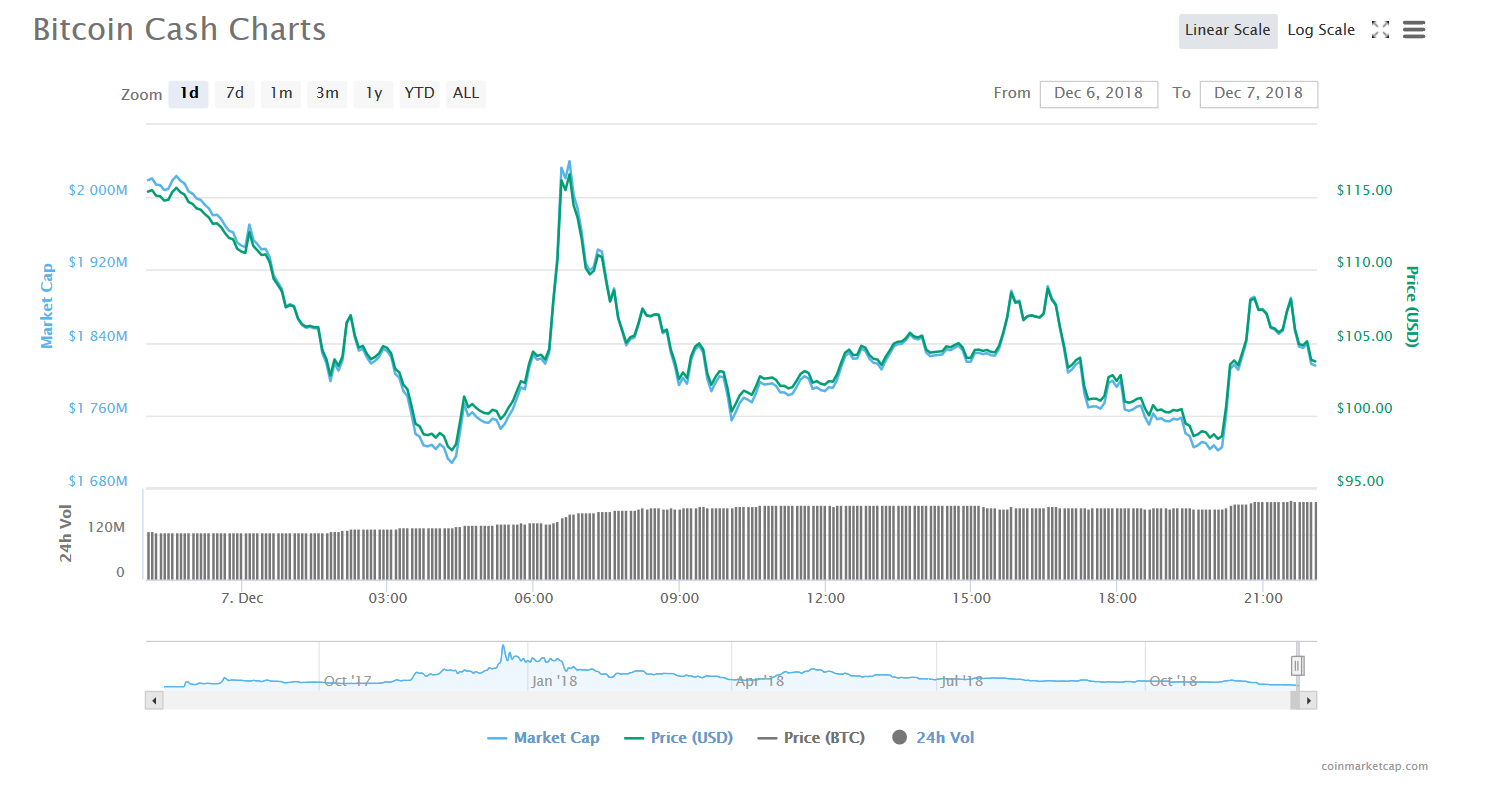 The weekly chart of Bitcoin Cash [BCH] has been deepicting a significant loss as per CoinMarketCap. The cryptocurrency opened the month of December at $172.52, which gradually decreased to $130.54 on 6th. Further, BCH saw a sudden drop to $107 during the day which pushed the cryptocurrency down in the market.

However, this morning saw the digital asset thriving towards its 5th position with significant hike in a less span of time. The daily chart of BCH shows that the coin managed to climb up the ladder and reached $116.

Gemini exchange, which is owned by the Winklevoss twins announced the support for Bitcoin Cash today. Many investors speculate that this could be the main reason behind the sudden surgen in price.

“We are pleased to announce that Bitcoin Cash (BCH) is now available on Gemini! On Saturday, we will begin accepting Bitcoin Cash deposits, and trading will open across all currency pairs on Monday.”

According to an official post by Gemini, the exchange will be supporting only Bitcoin Cash ABC at the moment. They have also added replay protection to all BCH withdrawals from the Gemini platform to ensure transactions are only valid on the Bitcoin ABC blockchain.

“Great news! Thanks for confirming that you list coins with solid fundamentals for future adoption as money.”

The post Bitcoin Cash [BCH] returns to the 5th spot after a striking defeat appeared first on AMBCrypto.