Ever since the hard fork, Bitcoin Cash has been fumbling and stumbling and trying to keep up with the already brutal bear market. In the recent crash, Bitcoin Cash prices, in a 24-hour time frame, fell by a massive 14.82% with no sense of stoppage. 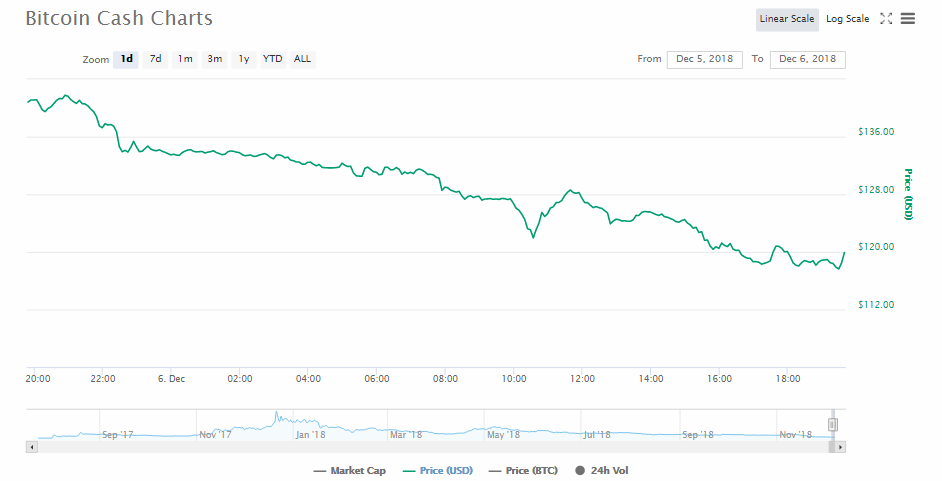 The downhill ride seemed to pick up after the immediate dump as the prices recuperated 5% and reached $128.62. The market cap followed the same trajectory as prices and was holding steady at $2.25 billion.

The prices continued their downtrend but tried to free themselves from the bear’s clutches, but reached $120.79 mark before they were exhausted. The prices are currently trading at $117.64 with a market cap of $2.08 billion.

The prices for BCH in the seven-day time frame looks as bleak as in the one-day charts, with nothing but downtrends. The price in the aforementioned time frame has undergone a decline of 34.13%, as the prices began trading close to the $200 mark and fell as low as $117. 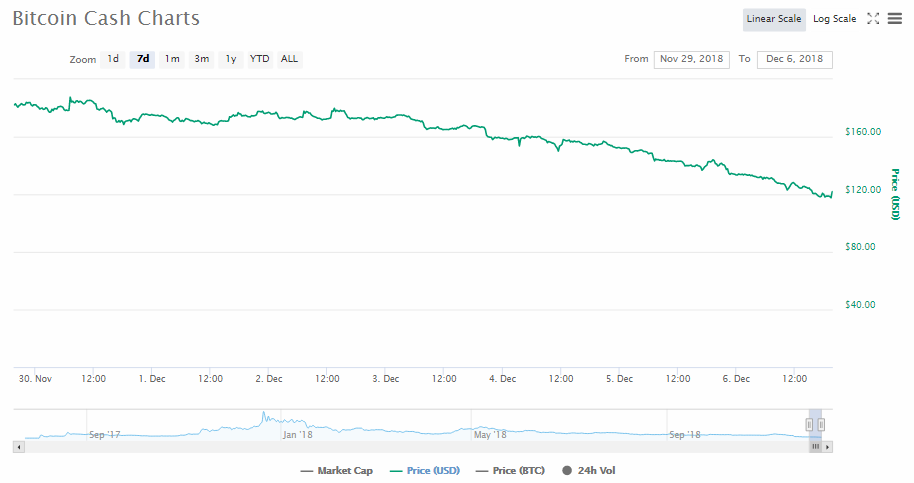 The market cap, however, has taken the most deadly blow as it decreased $3.2 billion and reached a mere $2.07 billion, which is a ~33% decrease.

A Twitter user Roy Murphy commented on the hard fork and the decrease in prices saying:

“Grow! How?
It’s lost 75% in two weeks and falling rapidly. What are you guys smoking?”

“All I can think of when I hear $Bch is that quote “You split, we bankrupt you” CSW . Their end is unraveling before our eyes. It’s already a done deal. They just don’t see it yet. They lost the vision now they will perish. Am I being to harsh? Nope, I don’t think so.”