The ongoing bear market does not seem to be reaching the end of its tenure with several cryptocurrencies still feeling the pressure of the bear. Popular cryptocurrencies such as Bitcoin [BTC], Ethereum [ETH] and XRP have all be seen sliding without any source of reprieve. In a 24- hour time frame, Bitcoin Cash [BCH]. Bitcoin SV [BSV] and EOS were the biggest losers in the top ten cryptocurrency club.

At the time of writing, Bitcoin Cash was sliding by a massive 10.9% with a total market cap of $1.598 billion. The cryptocurrency was trading for $91.27 with a 24-hour market volume of $65.374. A majority of BCH’s volume came for Coinsuper, which had a hold on 7.04% of all the trade. Coinsuper was closely followed by BitMart on which $4.680 million worth of BCH trade was taking place. 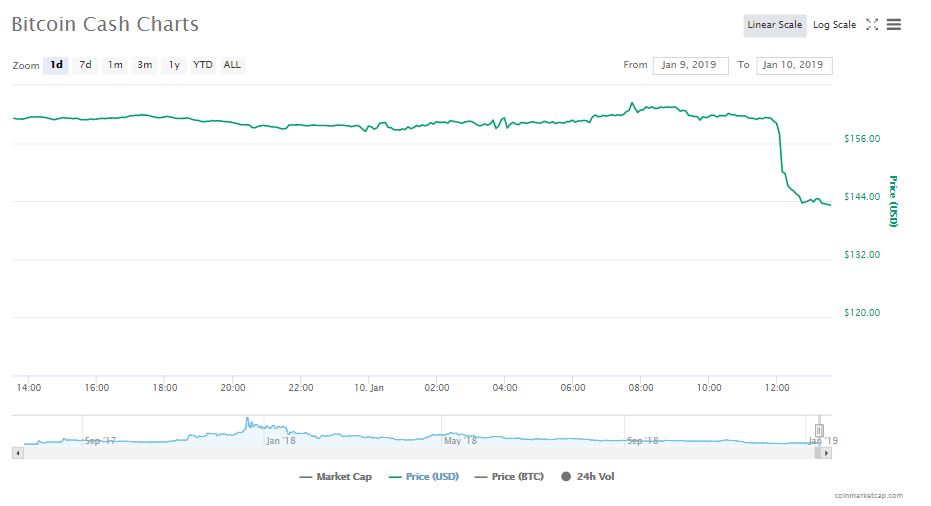 Roger Ver, the CEO of Bitcoin.com and one of Bitcoin ABC’s main champions has been quite active on the internet making sure users and holders know about the developments on the cryptocurrency’s network.

Another cryptocurrency feeling the brunt of the bear was Bitcoin SV [BSV], the cryptocurrency suffering the worse end of the stick after the original Bitcoin Cash hard fork. BSV was falling by 8.8% with a total market cap of $1.435 billion. The cryptocurrency was trading for $82.02 with a 24-hour market volume of $54.295 million. Most of the trade volume was occupied by Binance, the cryptocurrency exchange handling $8.960 million worth of Bitcoin SV. 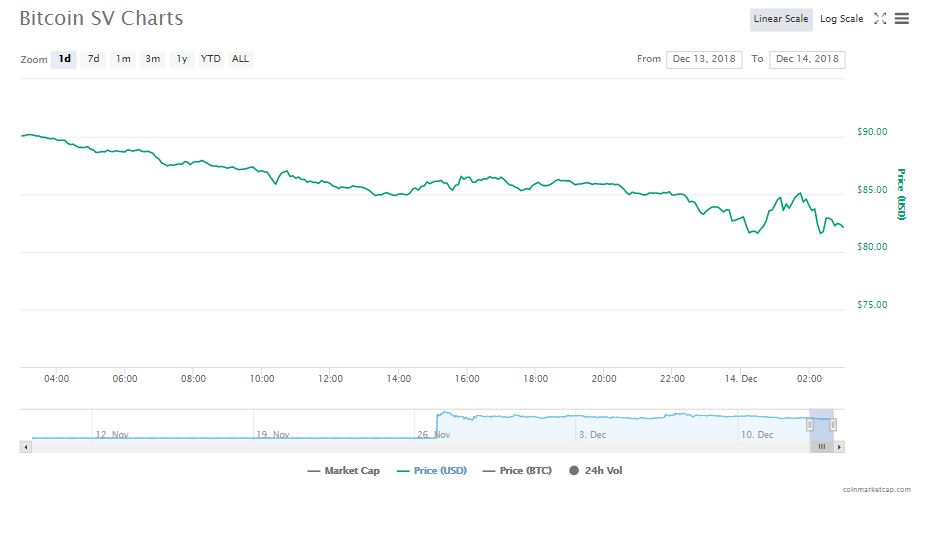 Bitcoin SV proponent Craig Wright was also in the news recently when he had stated:

“In the near future, I will be using Bitcoin without even knowing I am using a digital asset. People will be able to pay for Euro, Pound and can instantly change it to whichever currency they require. Users will possess a wallet that will pay for microtransactions and their invoices will be stored in the ledger”