Earlier this week, the whole cryptocurrency market sprinkled hopes of entering the bull’s kingdom. The coins bounced back to the price it was trading at in the beginning of the month. However, the bull’s reign seems to come to an end as the whole market has started to bleed again.

Bitcoin [BTC], the largest cryptocurrency by market cap, has plunged below the $4000-mark again, only after a few days of trading above the $4,000-mark. The coin is currently trading at $3,957 on Coinbase, losing over $200 within a few minutes. 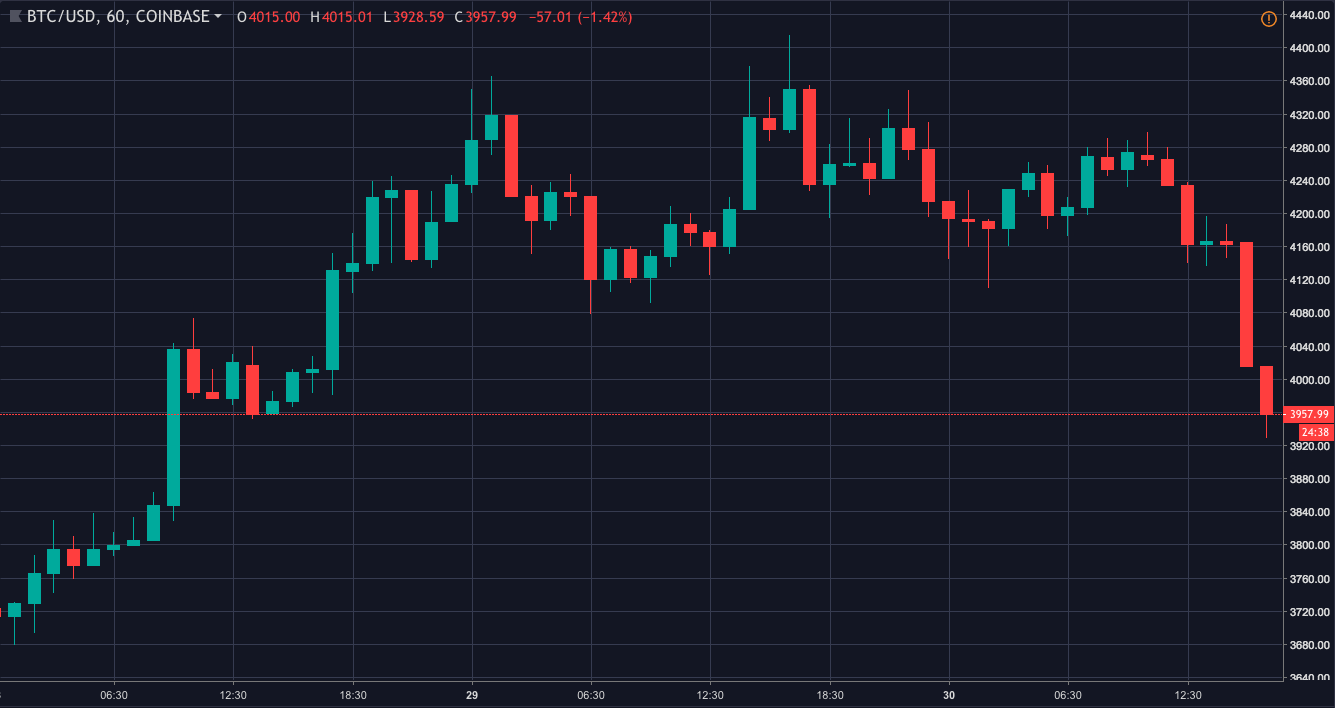 According to CoinMarketCap, at press time, the cryptocurrency had a market cap of $69.89 billion and a trading volume of $5.96 billion. The coin had recorded a fall fo 7.92% in the past 24 hours. The highest trading volume for the coin is recorded on BitMEX with BTC/USD pairs. The second highest trading volume is pouring in from Binance with USDT pairing. Other exchanges in the top five are Coinbene, Liquid, and OKEx.

Additionally, the bear has salvaged all the other cryptocurrencies in the market as well. Apart from Bitcoin SV, all coins in the top-20 recorded a massive plunge in the one-day span. Tron [TRX], the twelfth largest cryptocurrency, has turned out to be the biggest loser in the market by losing over 14.54%. Litecoin [LTC] and EOS have recorded a downfall of over 10%, whereas XRP, Ethereum and Stellar Lumens, witnessed a plunge of over 7%.

“Sweet 3000!! This is like a 98% flash sale on Walmart and Amazon. Black Friday all over again. Buy and HODL see you when we are at 20K. The best part is everyone knows that everything is dirt cheap and it’s just a matter of time before we propel again.”

“Praise the lord for he has given us another black friday. Amen!”