As the cryptocurrency market has set out on a path to break its sideways pattern, XRP, the third-largest coin on the board has also been fairly successful at doing so. The token is steadily switching to the vertical scale after a long haul of moving horizontally. 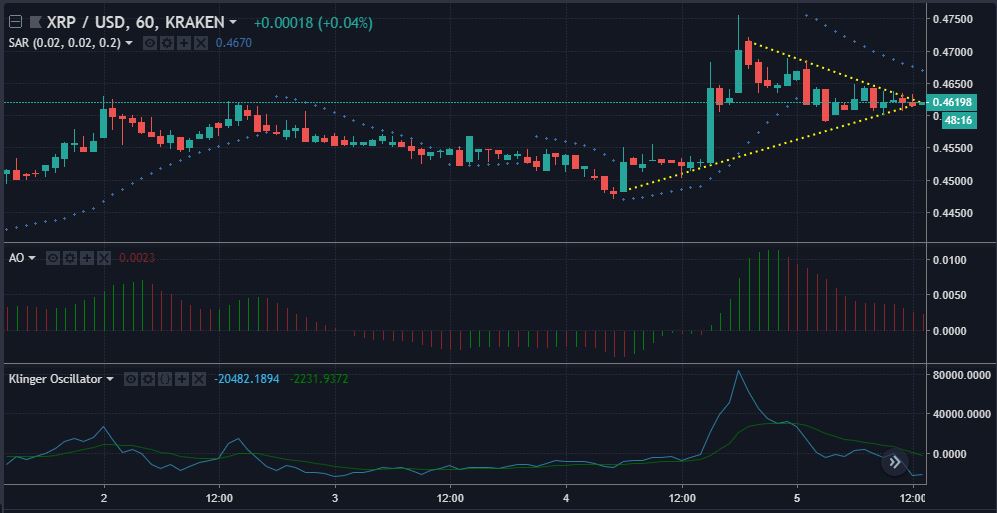 In this case, the XRP candlesticks are showing an uptrend from $0.448 to $0.461 and a downtrend from $0.471 to $0.462. The price is experiencing a concentration at the moment and is extremely likely to undergo a trend breakout.

The Parabolic SAR is bearish on the cryptocurrency at present. The dots are sailing on the bear’s turf, warning the market of an ominous fate.

The Awesome Oscillator is flashing red, agreeing with the above indicator. Thus, it is suggestive of a bearish run for XRP.

The Klinger Oscillator is also speculating a negative future for the XRP price trend. It made a bearish crossover and crashed all the way down into the bear’s den. 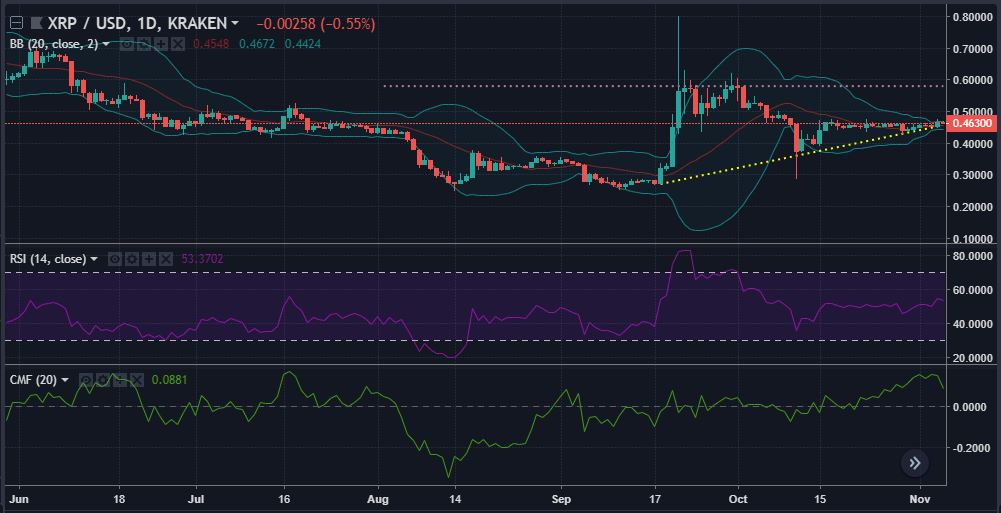 The Bollinger bands are closing in on the volatility of the XRP market. The bands had widened previously but are running a narrow path once again, predicting low volatility.

The RSI is also hitting the low road to negate the price trend of the token. Though in the bullish zone, the indicator is slowly crashing, suggestive of a bearish rule.

The Chaikin Money Flow is behaving similarly to the RSI. The indicator is currently in the bullish zone but is now heading downwards to flash a warning.

A trend breakout looks nearby with all the indicators siding with a negative trend for the XRP market. However, the market is to undergo low volatility, as predicted by the Bollinger Bands.

The post XRP/USD Technical Analysis: Bear to cause rampage on the green grass appeared first on AMBCrypto.