The cryptocurrency market witnessed the wrath of the bear as most of them plunged to their lowest point of the year. Along with crushing the whole market, the bear also stomped on investor sentiments, resulting in some existing the space.

According to CoinMarketCap, at press time, Monero [XMR], a popular privacy coin, is trading at $89.26 with a market cap of over $1 billion. The cryptocurrency has a trading volume of more than $36 million and has plummeted by 14.34% in the past 24 hours. 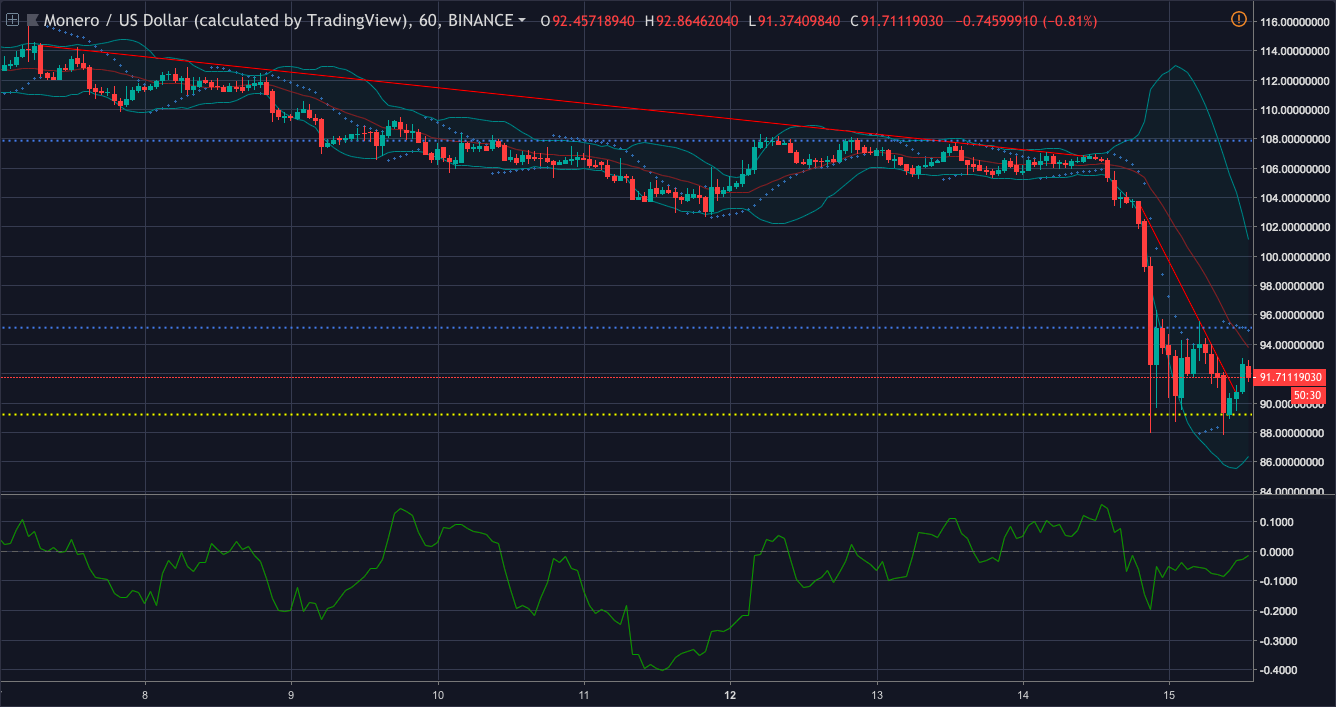 Parabolic SAR shows that the bear is going to further rip apart the cryptocurrency in the market as the dots have aligned above the candlesticks.

Bollinger Bands forecast that the market is going to be volatile as the bands were expanding, making space for price movements.

The Chaikin Money Flow indicates that the money has started to flow in the bearish atmosphere as it was leaping above the zero line. 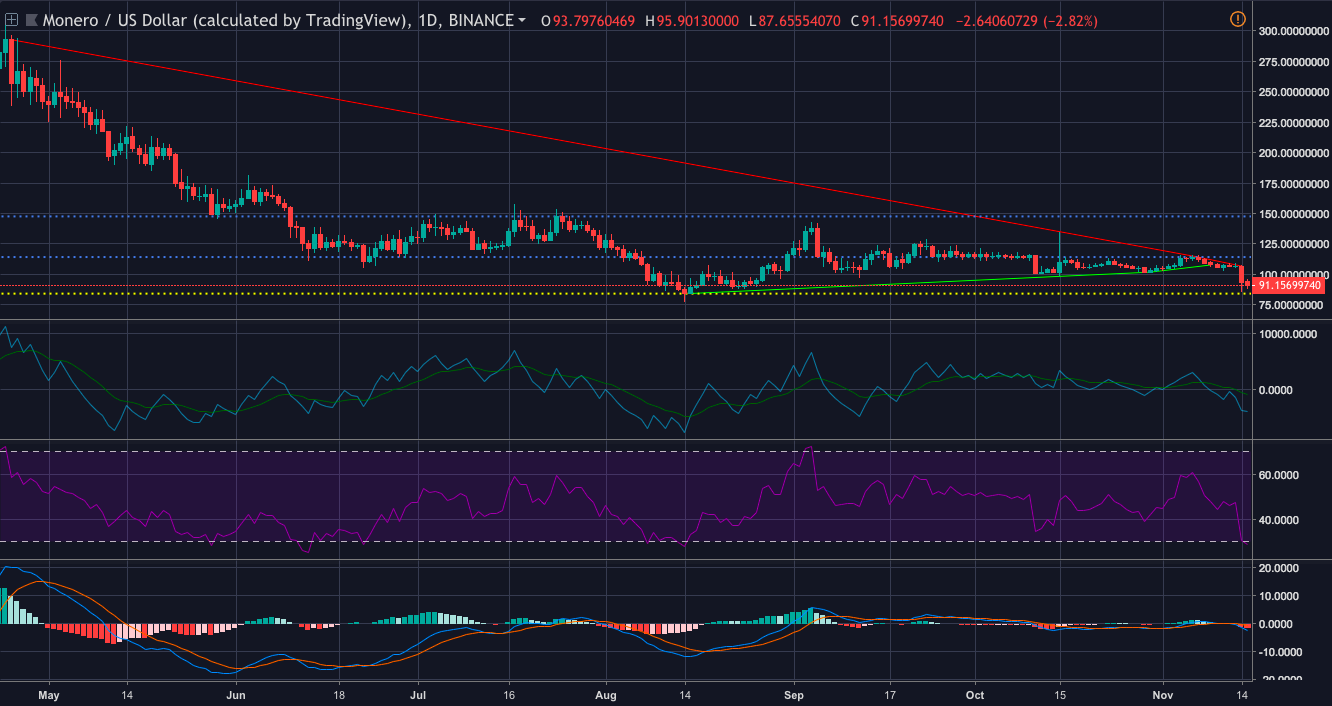 Klinger Oscillator forecasts a bearish weather as the reading line is below the signal line and is showing a massive gap from each other.

MACD is also agreeing with KO’s forecast as the moving average is also indicating that the bear might hail over the market for a longer duration. This is because the moving average line is below the signal line, showing a similar pattern as the Klinger Oscillator.

RSI shows that a trend reversal could take place, giving the bull another chance in the game as the chart is indicating that the coin is currently being held by the bear .

The cryptocurrency is going to be suffocated by the bear’s grip. The winter animal is supported by the Parabolic SAR and CMF from the one-hour chart and Klinger Oscillator and MACD from the one-day chart.