The whole cryptocurrency market was massacred by the bear’s attack earlier this week. All the top cryptocurrencies like Bitcoin [BTC], Ethereum [ETH], and Litecoin [LTC] bled double digits in the market. Nonetheless, the market is trying to recover from the attack by sprinkling green on some coins.

Monero, [XMR], the tenth-biggest cryptocurrency by market cap, had also hoped on to the bandwagon of crushing the investors. According to CoinMarketCap, at press time, the famous privacy coin was trading at $86.43, with a market cap of $1.43 billion. The cryptocurrency had a trading volume of $16.32 million and had plunged by 2.05%. 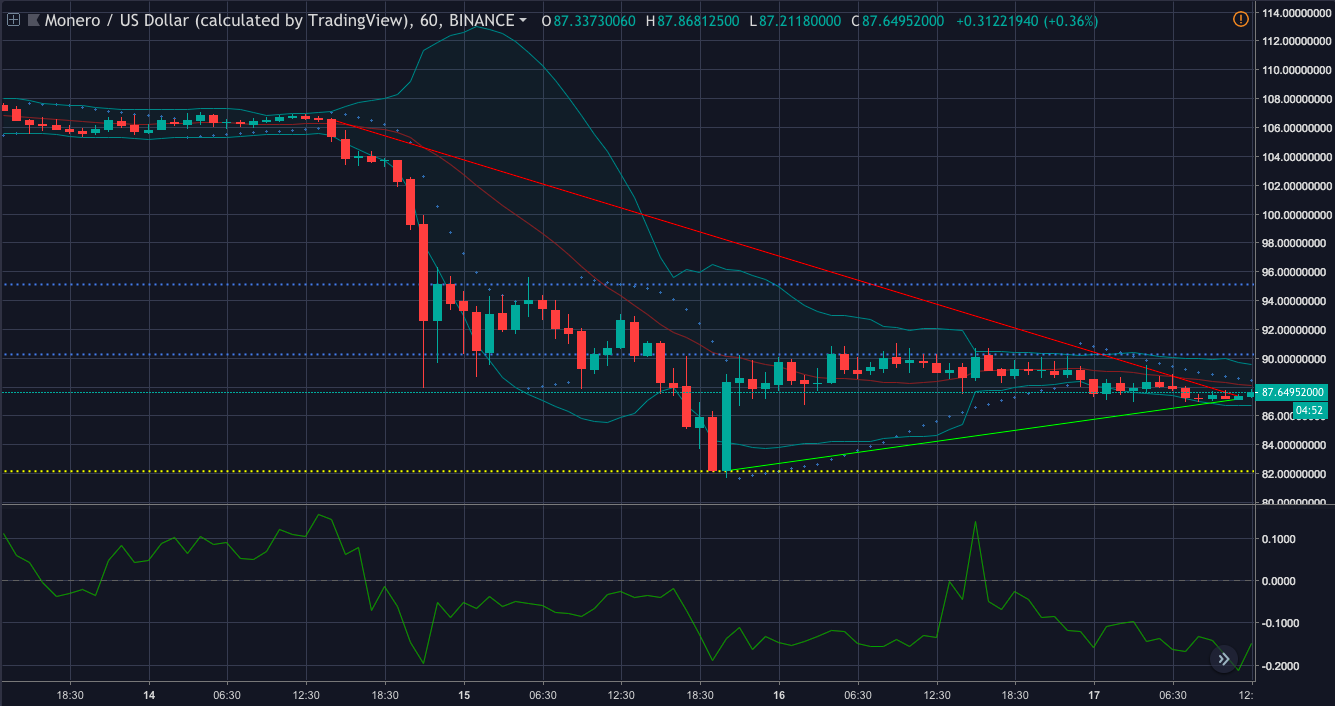 Bollinger bands are currently contracting as the market is less volatile and a massive price action is highly unlikely to occur.

Parabolic SAR shows a bearish trend as the dots have aligned on top of the candlesticks.

Chaikin Money Flow also pictures a bear’s rule. This is because the CMF line is below the zero line, depicting that the money is flowing out of the market. 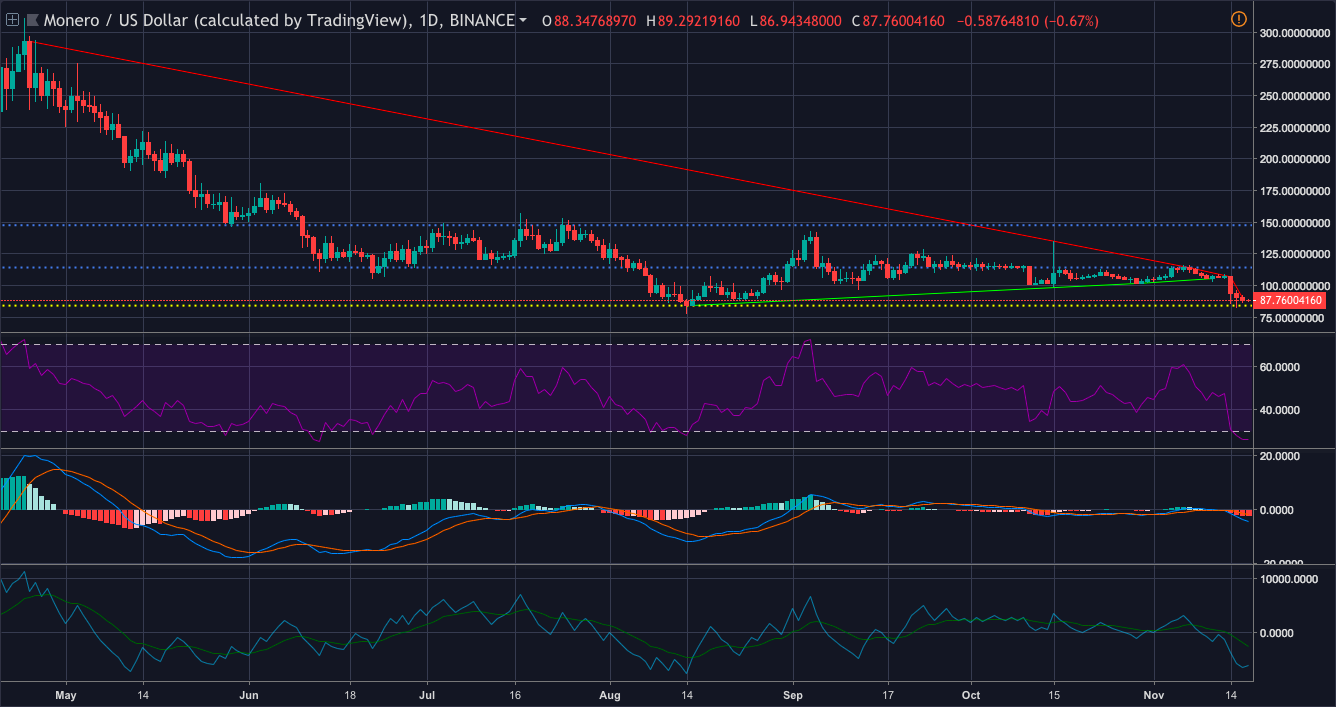 The coin has to first breach the immediate resistance at $114.17 in order to get to the strong resistance, which is currently set at $147.56. The coin has a strong support at the $84.11 ground.

Klinger Oscillator indicates that the coin is going to be in the bear’s grip as the reading line was below the signal line, showing no signs of recovery.

MACD is also showing that the bear has no intention of letting the coin loose as the moving average line was well-below the signal line.

RSI is in complete agreement with both MACD and Klinger Oscillator as the indicator demonstrates that the selling pressure is currently more than the buying pressure. Nonetheless, a trend break-out could occur soon.

The market is currently in favor of the bear as the carnivores mammal has the support of the Parabolic SAR and the CMF from the one-hour chart and all the indicators from the one-day chart.