Ethereum [ETH], the second-largest cryptocurrency in the market, continues to take shelter in the bear’s realm after betraying the bull on several occasions. The coin continues to hover below the $200-mark, however, the bull might return to the market soon in pursuit of defeating the bear. 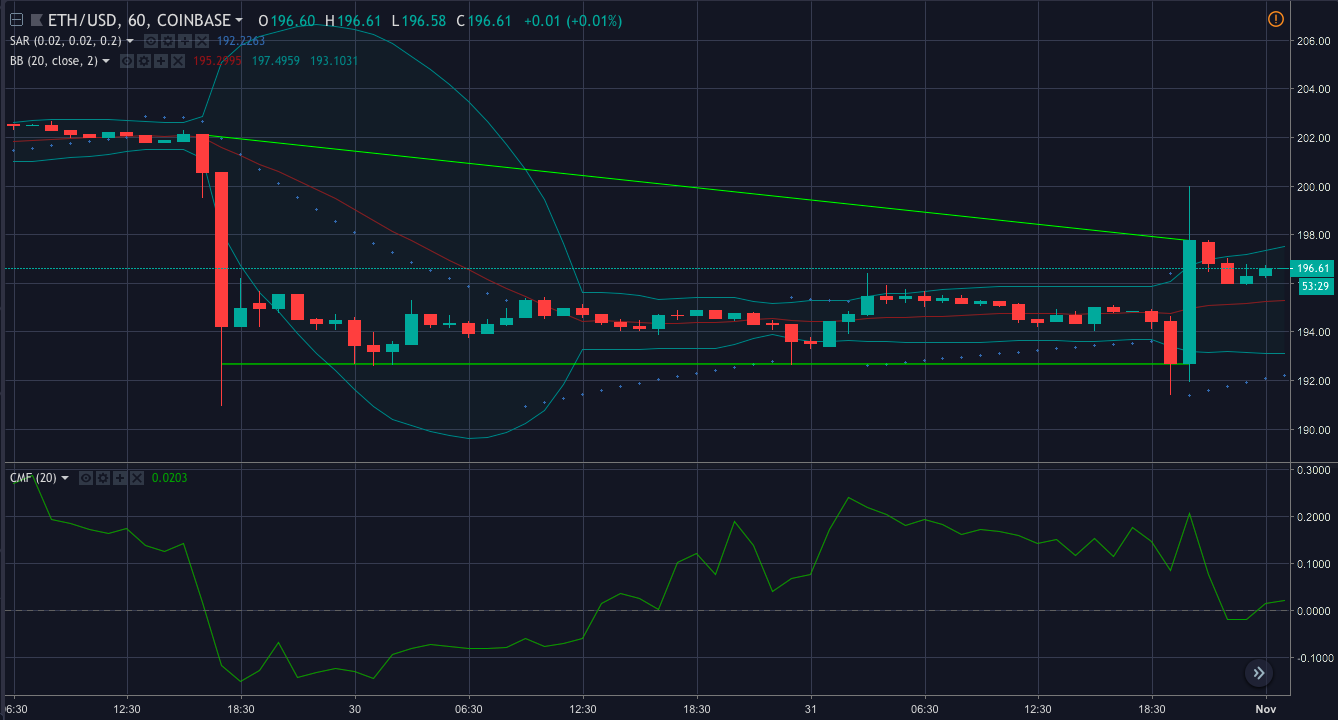 There is a strong resistance for the coin at the $202.17 level, which made its presence earlier this week. There is also an immediate resistance at $197.77, with an immediate support at $192.68.

At the time of writing, Parabolic SAR was displaying a bullish turnover as the dots had aligned below the candlesticks.

Bollinger bands seemed to be supporting Parabolic Sar, as the bands had expanded to make more space for price movements in the market.

Chaikin Money Flow had also joined the bandwagon, with the chart showing that money was flowing into the market, indicating a bullish trend. 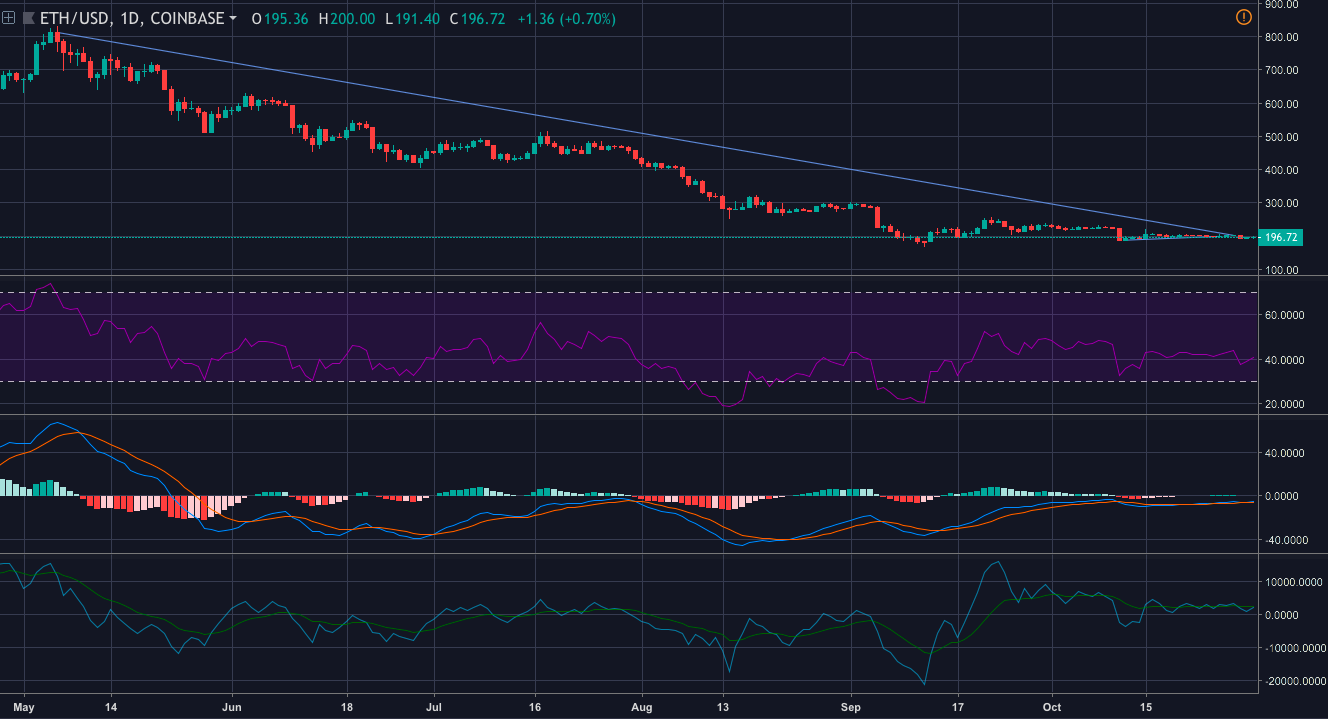 The one-day chart is showing a strong downward slope in the market since the beginning of May 2018, with the price of the coin sliding from $811 to $202. A resistance is seen at $248, placed in September 2018, which the coin failed to breach through-out October. The immediate resistance for the coin is at $204.94, with an immediate support at $188.34 level.

The RSI indicator displays that the buying and selling pressure of the coin is currently being evened out after it slight dropped towards the oversold zone.

MACD indicator was pointing a bullish trend as the reading line had crossed over the signal line.

The Klinger Oscillator also agreed with MACD move in the market, as the reading line was trying to recover from its slide, breaching the signal line.

The bull might return to the market soon as all the indicators were getting ready for a bull run.