On 2nd November, Coinbase Pro, one of the leading exchange platforms in the cryptosphere announced the launch of Basic Attention Token [BAT] on its platform.

“BAT is launching on Coinbase Pro! Starting at 1pm PT today, customers can transfer BAT into their Coinbase Pro account. Traders can deposit BAT, but cannot place or fill orders. Order books will remain in transfer-only mode for at least 12 hours.”

The news has been revolving around the cryptocurrency community since the month of October when the coin has shown a tremendous surge in a week.

October 22 saw BAT’s major performance when the coin hiked by 57% in a week and reached $0.29. Since then BAT has been showing a constant growth in the market till date. 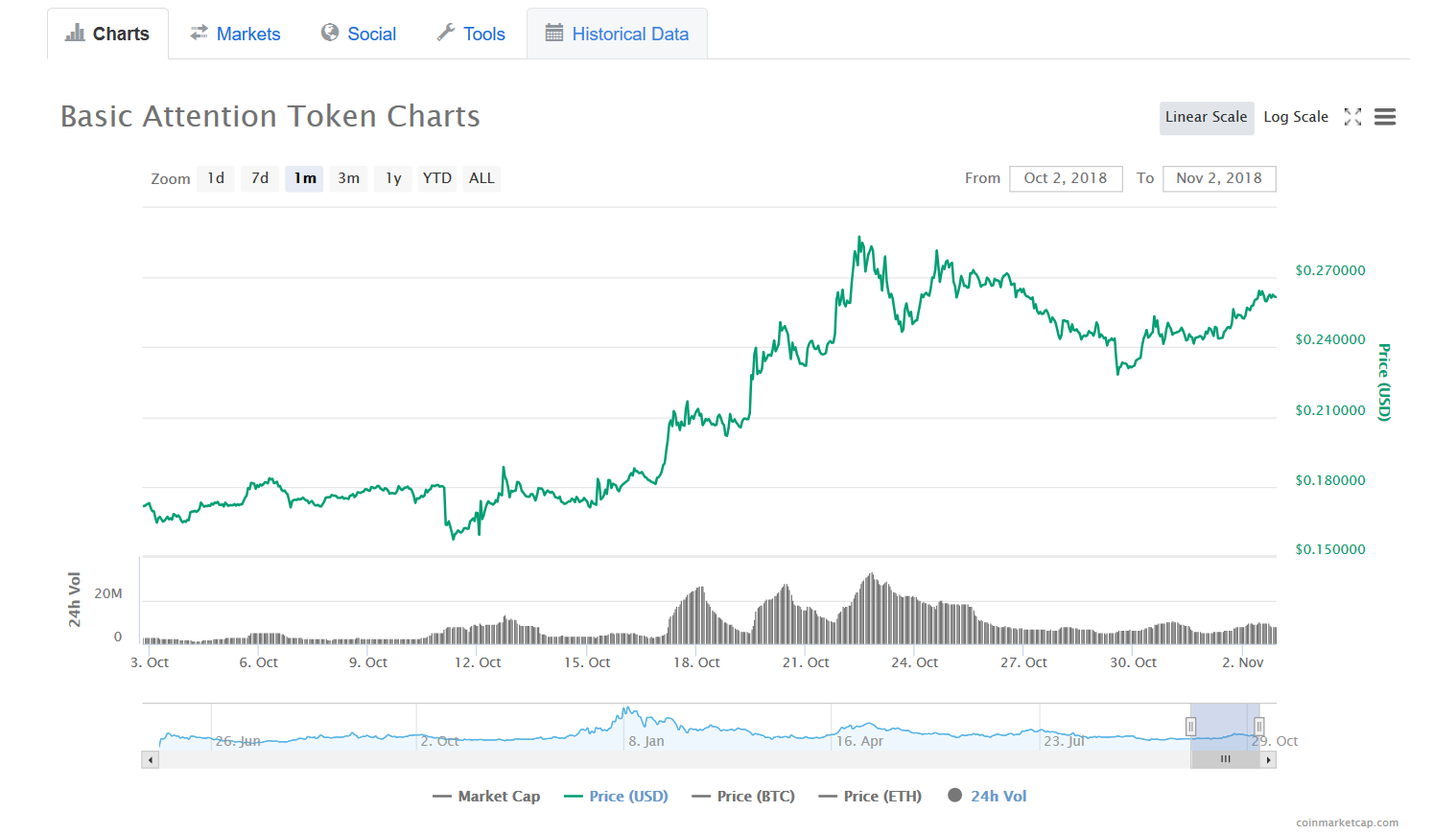 According to the official post released by Coinbase, the exchange platform will begin inbound transfer of BAT post 1:00 PM pacific time [PT]. The deposits are accepted 12 hours prior to enabling trading. In the announcement, the team also mentioned that BAT will not be available for residents of the state of New York at the moment.

The team is also working on the listing of BAT on Coinbase and their mobile apps.

“Wow that pumped right before the announcement was made nothing to see here.”

“Thanks coinbase! Well done holders! It was already prepumped due to rumours 2-3 weeks before”

At the time of writing Basic Attention Token [BAT] has seen a massive 1-hour surge of 19.91%. The cryptocurrency is currently being traded at $0.31 with a market cap of $315 million. BAT has also seen at 24.22% hike in the past 7 days. It is being noticed that the coin is being traded the most on Binance with a whacking 54% trading volume. It is being traded against BTC at the rate of $0.32. 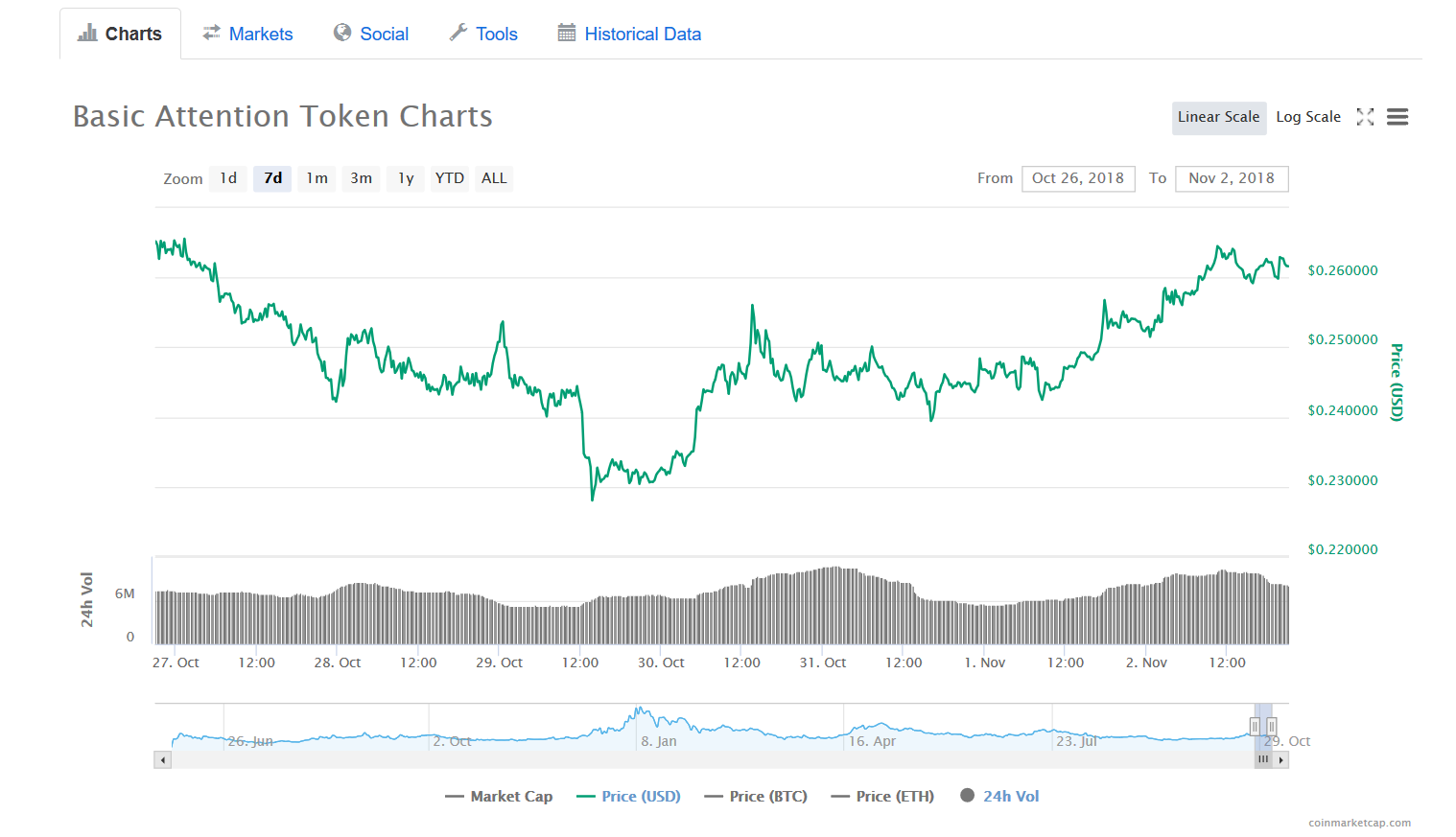