Blackstone’s Jon Gray comments on the state of the U.S. housing market during an interview with Bloomberg’s Jason Kelly at Bloomberg’s The Year Ahead summit in New York. (Source: Bloomberg) 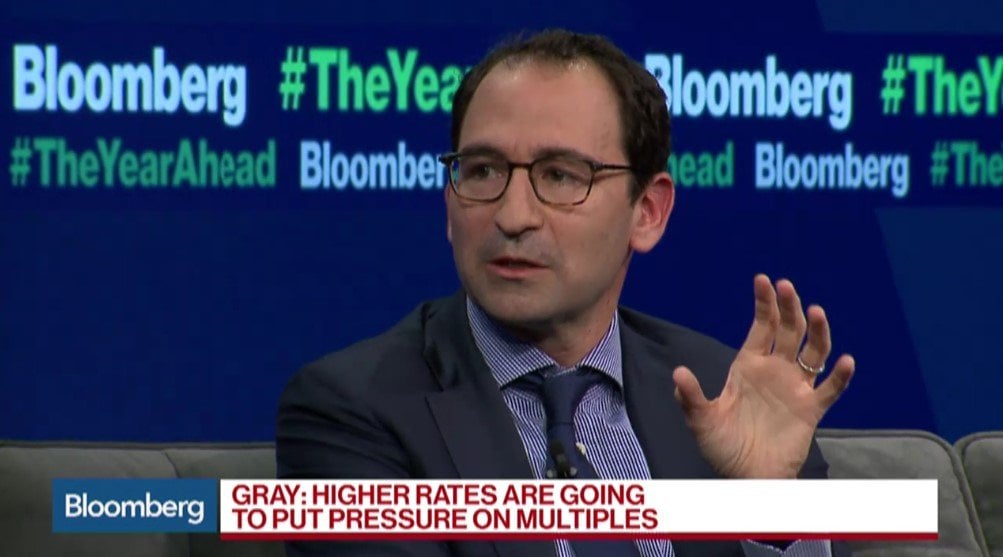 If you had to sum up the year 2019 for real estate what what’s your in. In a word or phrase what is it. I would say because you’ve seen a lot of cycles. Yeah I you know as I said because the economy is still I think can be pretty good and we don’t have the kind of overbuilding that gets us in trouble. I think it will be a flattish very modest growth in value short a year for real estate. There are some markets around the world that I’d be more positive on Spain where we’ve seen a really good recovery now because you know they went to a very sharp recession particularly on the housing side in Spain. India’s a market where we have seen real growth because of I.T. and business processing companies and so places like Bangalore are booming but I’d say globally we’re in a part of the cycle where often rates are moving up there’s less distress. So it’s a more mature part of the real estate cycle before we move off we’ll say it want to ask you about residential because that’s a place where you guys played very heavily. Post financial crisis you know you created a single family homes business. How do you feel about the residential real estate market in the U.S. right now. I’m still pretty positive on U.S. residential real estate. We like to look at the world in a simple way. So if you look at the data historically you would say we need about a million six homes being built in the United States. And I think to trailing 12 months we’re at a million 250.

That deficit is leading to the upward pressure in home prices. Now some people will say well we’re starting to see a little bit of a slowdown as people adjust to higher mortgage rates. OK. We saw that two or three years ago but ultimately the laws of supply and demand determine the value assets. And there’s a shortage of housing today in the United States. So I would generally be positive. Now certain high end urban markets where there’s been more building you’re more cautious. Some of the city’s secondary locations in the Midwest or Northeast may be a little more cautious where the tax changes have been more adverse. But generally if you were going to say would I be a bull on US housing mess and it’s in an earlier part of its cycle than the commercial real estate so.