Bitcoin Cash [BCH], the fourth-biggest cryptocurrency by market cap, has been the talk of the market as the hard fork is nearing. The date for the upgrade is set on November 15, 2018, stirring up the investors sentiments. However, the coin performance has failed to keep up to the market’s expectations.

According to CoinMarketCap, at press time, the coin was trading at $522.10 with a market cap of over $9 billion. The coin had a trading volume of $909 million and had slumped by 6.70% in the past seven days. 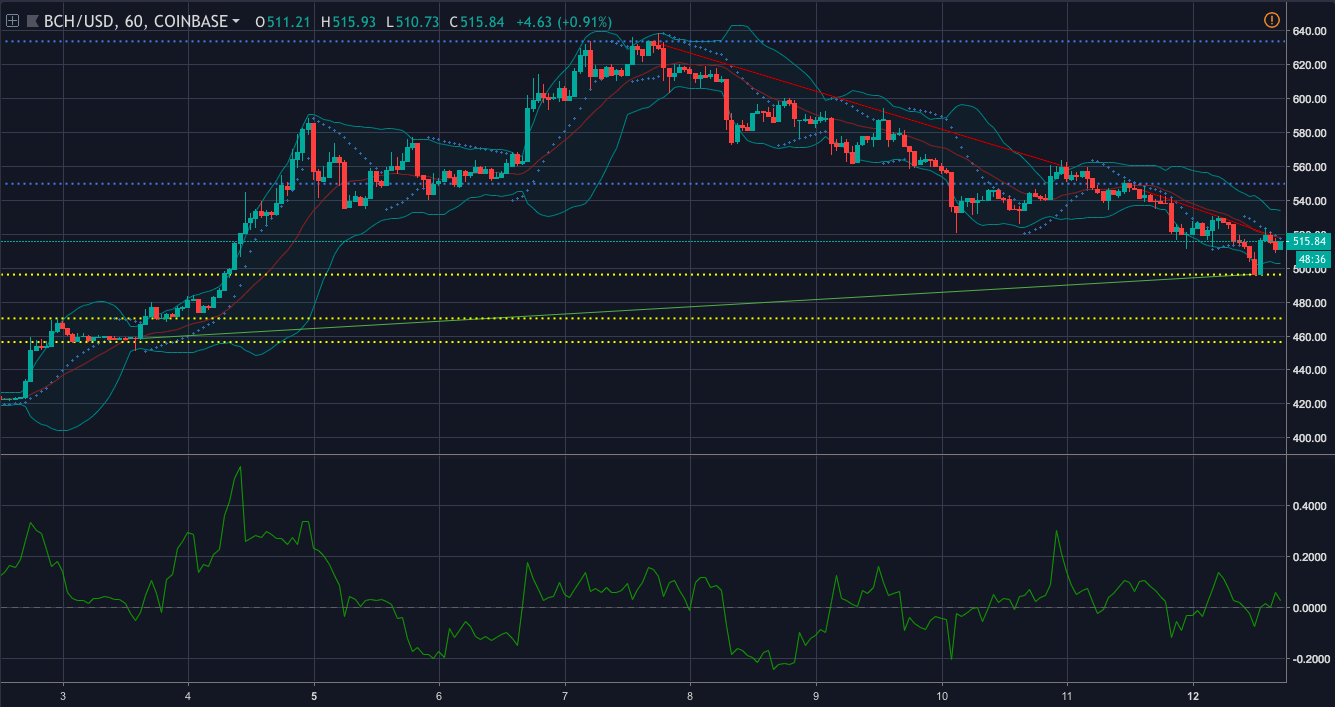 The Chaikin Money Flow was showing a bullish wave. However, the indicator was making a leap towards the bear’s side.

Parabolic SAR depicted its allegiance to the bear as the dots had aligned above the candlesticks.

The Bollinger Bands were coming together for a reunion, reflecting a less volatile market. 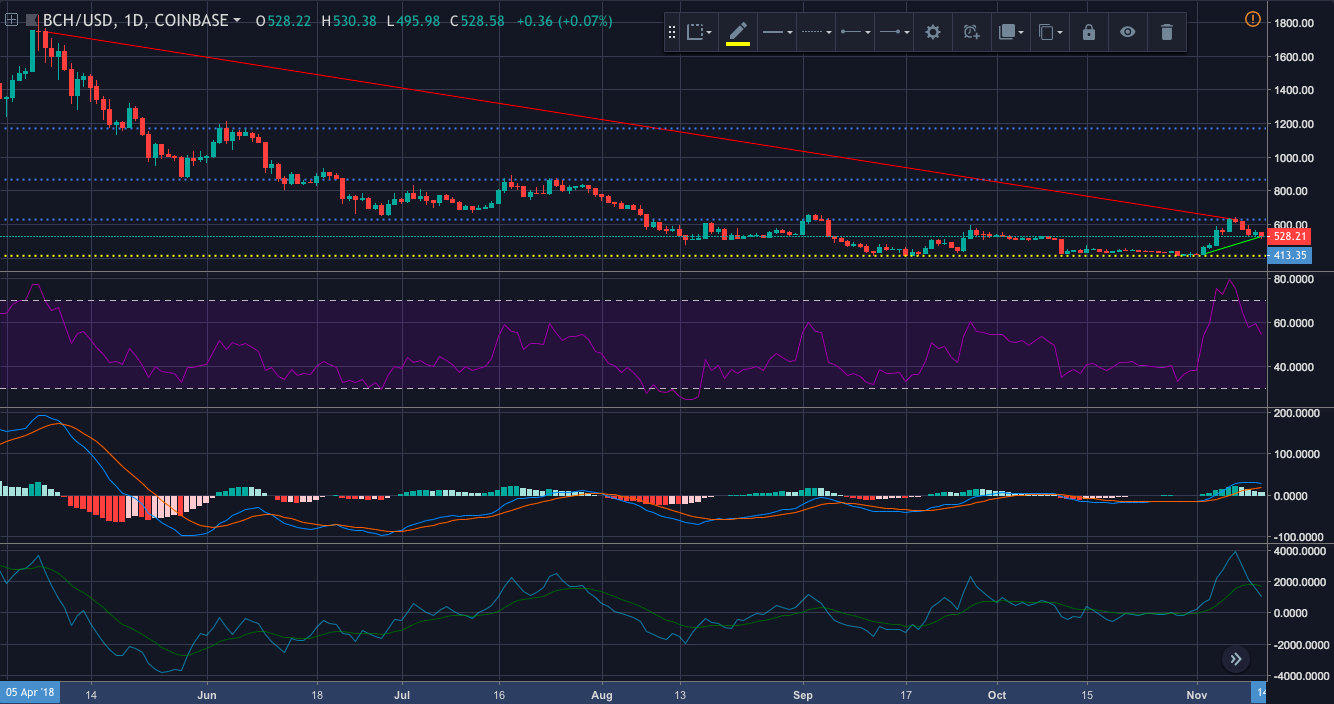 MACD showed that it was betting on the bull as the moving average line was above the signal line.

However, the Klinger Oscillator was betting on the bear’s win as the reading line was crossed the signal line, leaping off the hill.

The one-hour graph of the coin is in favour of the bull. In the one-day chart, the MACD favours the bull whereas the Klinger favours the bear.