While the cryptocurrency market continues to linger sideways, the fourth largest cryptocurrency and Bitcoin [BTC] hard fork, Bitcoin Cash [BCH] has taken off to another dimension of a successful price trend. At the time of writing, the token was showing a stark hike of 9.61%, trading at $464.33 with a market cap of over $8 billion. Its 24-hour trading volume was observed at $467.2 million. 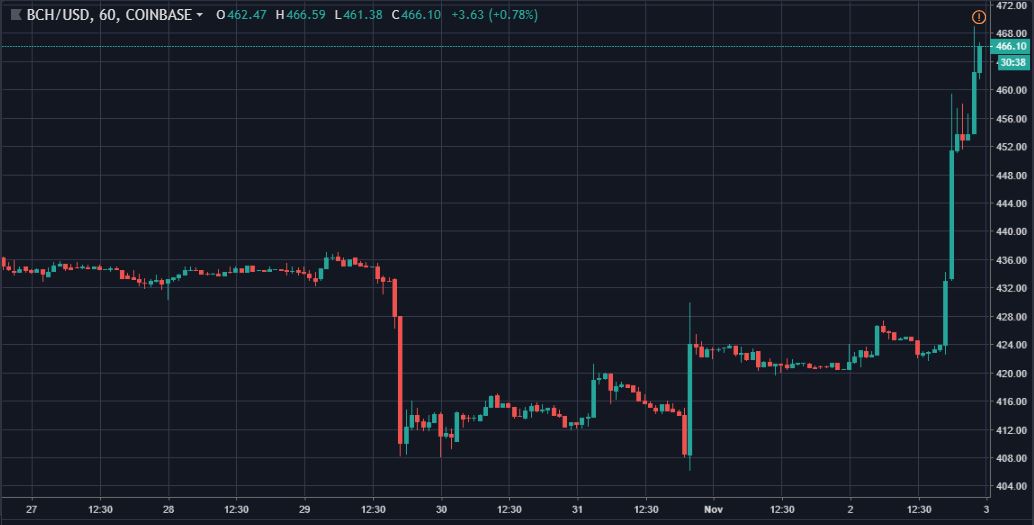 Binance, the biggest cryptocurrency exchange in the world made an announcement today, where the platform declared its support for the upcoming hard fork of Bitcoin Cash. Here, Binance also gave instructions to its users who hold funds in BCH and warned them to be cautious and leave sufficient time for the deposits to be processed at the onset of the hard fork. It also added:

The history of BCH hard fork originates from the clash of interest among the community members of the community. While one side wants to carry out the nChain implementation of Craig Wright, the other side has decided to develop on the Wormhole protocol developed by the Bitmain team.

However, this is not the only issue surrounding the Bitcoin Cash ecosystem. The dispute that the ecosystem is centralized has also been raised by many in the past on several occasions.

Earlier this year, Jimmy Song, a popular Bitcoin influencer took a dig at Bitcoin Cash, calling it centralized and hence, a fiat currency. At a cryptocurrency blockchain cruise this year, Song stated the incident of the BCH split to be a fight for power and control over the ecosystem between Jihan Wu of Bitmain and Craig Wright, the self-proclaimed Satoshi.

The post Bitcoin Cash [BCH] takes a massive hike of close to 10% as it nears the hard fork appeared first on AMBCrypto.