The Bitcoin Cash [BCH] hard fork has garnered a lot of attention over the past few weeks in the cryptoverse. The end product of the fork was the creation of two different cryptocurrencies: Bitcoin Cash ABC and Bitcoin Cash SV. The ABC team was led by Bitcoin.com CEO Roger Ver and the Bitmain CEO Jihan WU. The SV team was spearheaded by nChain’s Craig Wright and Calvin Ayre. At the moment, the BCHABC is ahead of BCHSV in terms of both blocks mined and price.

At press time, Bitcoin Cash ABC was falling at 3.83% with the market cap still in flux. The 24-hour volume was holding at $64.203 million and the cryptocurrency was trading for $255.02. A majority of the cryptocurrency’s volume came from Binance, which had a hold on $24.436 million of all the BCHABC trade. Binance was followed by Poloniex, the exchange on which 9.40% of the total BCHABC trade occurred. 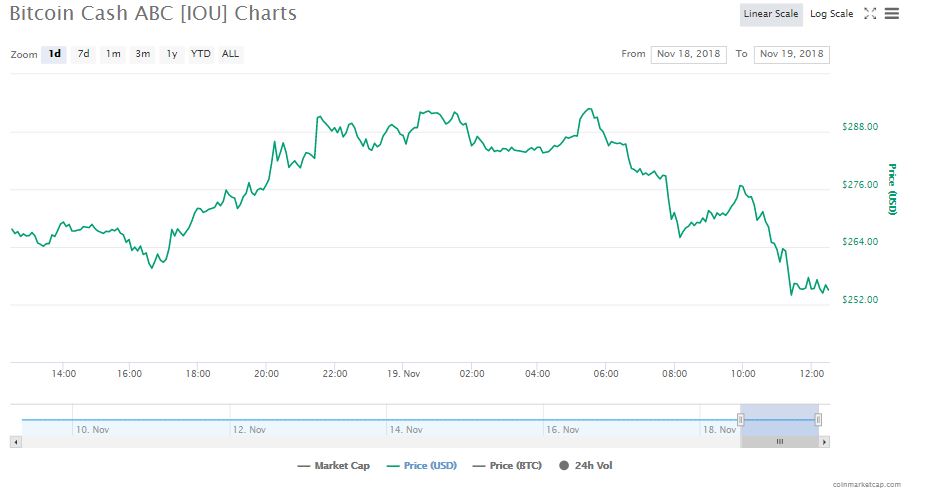 The bear market showed no mercy towards Craig Wright’s project, with the cryptocurrency falling by a massive 27.14%. BCHSV was trading for $91.96 with the market cap still undecided. The 24-hour market volume of $89.275 million held by BCHSV was commandingly higher than BCHABC. Binance has the majority hold here too with 32.05% of all BCHSV trade being conducted on the Changpeng Zhao led cryptocurrency exchange. 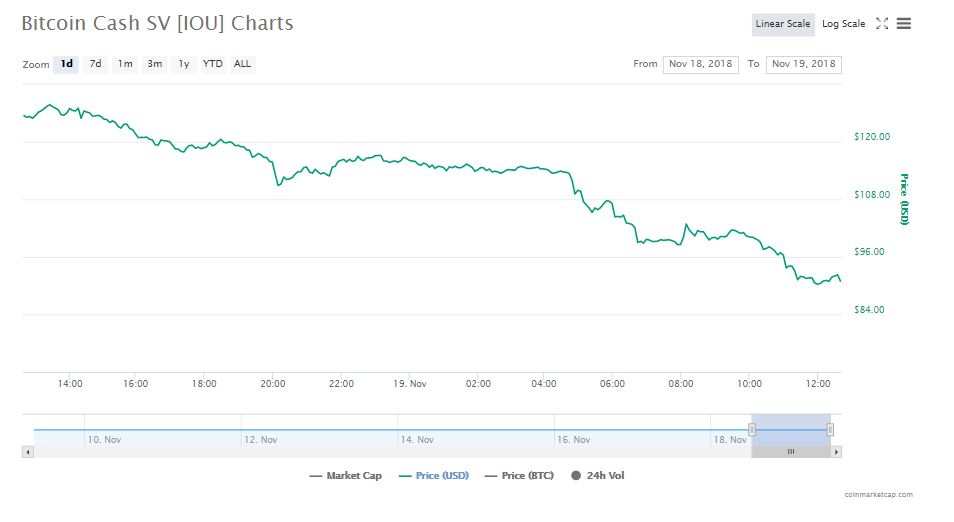 The hard fork has created clear battle lines between users on the network which includes famous officials like Charlie Lee, the Founder of Litecoin [LTC]. He had said:

“The thing, why is there so much drama when miners should be the ones deciding. There shouldn’t be any drama right…whoever has the most hashrate wins.”

Roger Ver, who has been a massive proponent of the ABC network had also stated:

“In my opinion, I really don’t know the real after effects of the fork. It can be both good and bad for the entire community. It’s just like the Y2K scare, you know. Everyone expected planes to fall out of the sky but in the end, nothing much happened.”