Bitcoin Cash [BCH], the fourth-biggest cryptocurrency, was bleeding in the market, with the coin losing over 5% in the past 24 hours. The cryptocurrency, which had become the catalyst for a small bull run, is now the biggest loser among the top 10 cryptocurrencies.

According to CoinMarketCap, at press time, Bitcoin Cash [BCH] was trading at $520.16, with a market cap of more than $8 billion. The coin had a trading volume of over $782 million and had slumped by 6.50% in the past seven days. Prior to the fall, the coin was trading at its highest peak for the month, at $628.34. 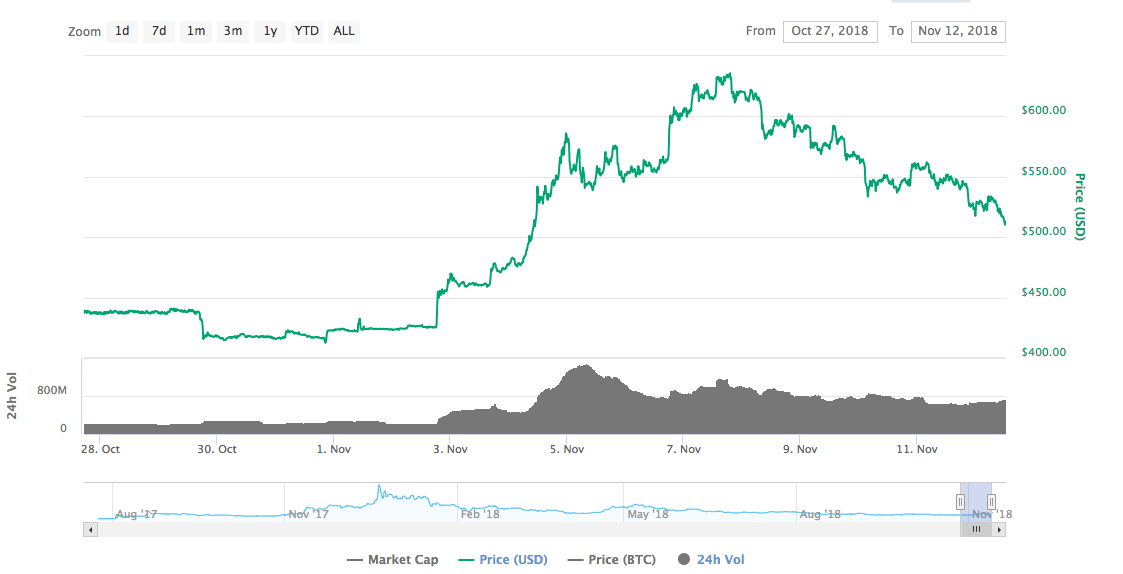 The highest trade volume for the coin was recorded on Coinbit with BCH/KRW pairing. This was followed by OKEx,  BitForex, and DigiFinex with BCH/USDT pair.

Nonetheless, the coin continues to sprinkle hopes on the investors as it witnessed a sudden shoot-up in price. It boosted from $502 to $515 within 15 minutes. 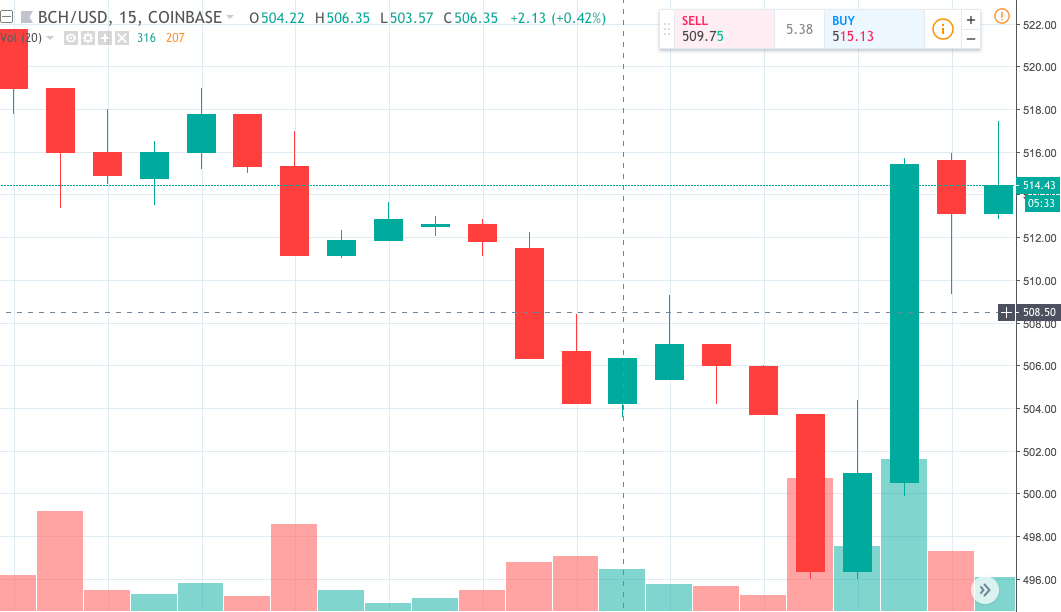 The massive slump in the BCH market has surprised the investors as a majority of them anticipated the bull run to continue for a longer duration. This can be credited to the upcoming fork scheduled on November 15, 2018, which has also split the whole BCH community.

The squabble between the Bitcoin ABC and Craig Wright continues to thrive in the market. Bitcoin ABC along with Bitmain are promoting the Wormhole hard fork, whereas nChain’s Craig Wright along with Coingeek’s Calvin Ayre wants the implementation of Bitcoin Satoshi Vision [SV]. Wright claims that SV stands right to Satoshi Nakamoto’s vision.

Moreover, Roger Ver, a Bitcoin Cash proponent, recently hopped on to Jihan’s Bitmain bandwagon. This event stirred up the entire community as it marked the beginning of the Roger Ver vs Craig Wright war, with Wright sending a mail to Ver stating that he will not trade for two years and welcomed Ver to bankruptcy. All the major exchanges have also announced that they will be supporting the hard fork proposed by the Bitcoin ABC team.

“The whole BCH community are working together to kick Fake Satoshi out. The resisitence against cult leader proves the inner strength and sophistication of the BCH ecosystem!”

The post Bitcoin Cash [BCH] bleeds in the market; biggest loser in the past 24 hours with a 5% slump appeared first on AMBCrypto.