The stupendous rise that the cryptocurrency market witnessed over the past few days seems to have come to a halt after the prices started dropping again. Popular cryptocurrencies like XRP, Bitcoin Cash [BCH] and Tron [TRX] all saw price drops, a sign of the market volatility during the period christened by cryptocurrency enthusiasts as ‘crypto-winter’.

At the time of writing, Bitcoin Cash [BCH], the fourth largest cryptocurrency in the market, was dropping by 4.85% with a market cap of $10.230 billion. BCH was trading for $586.40 with a 24-hour market volume of $962.617 million. The cryptocurrency, whose upcoming hard fork has created a buzz in the cryptoverse, had undergone a massive spike of 42% over the past seven days. 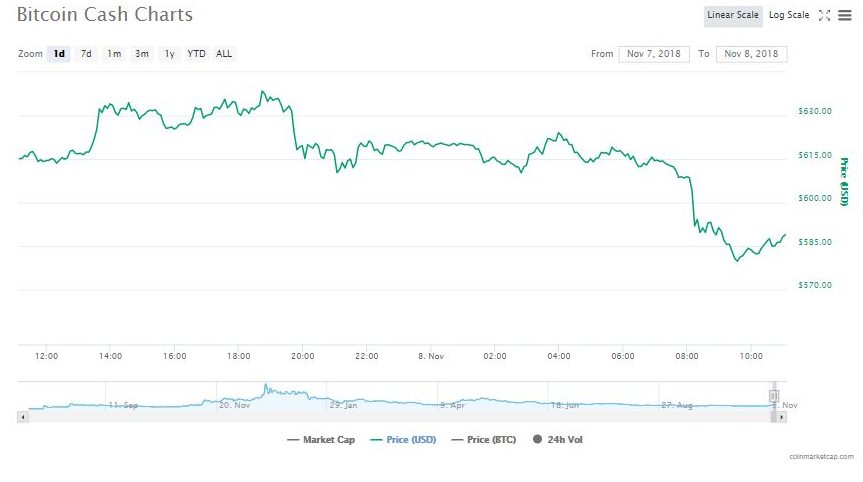 A majority of Bitcoin Cash’s volume was held by OKEx, with a total grasp of $106.549 million. OKEx was closely followed by DigiFinex where $85.476 million of the total BCH trade took place. The BCH hard fork was also put under the spotlight when Craig Wright, the self-proclaimed Satoshi Nakamoto, stated that Roger Ver was involved in Bitcoin Cash just for the ‘tokens’ and not for anything else.

Another cryptocurrency that was buckling under the market volatility was Tron [TRX], sliding at the rate of 3.06%. The cryptocurrency was trading for $0.0235 with a total market cap of $1.547 billion. A major portion of Tron’s 24-hour market volume was held by Bithumb, on which $43.552 million worth of Tron transactions took place. Bitthumb was closely followed by Binance, the Changpeng Zhao led cryptocurrency exchange enjoying an $8.175 million grasp on the total trade volume. 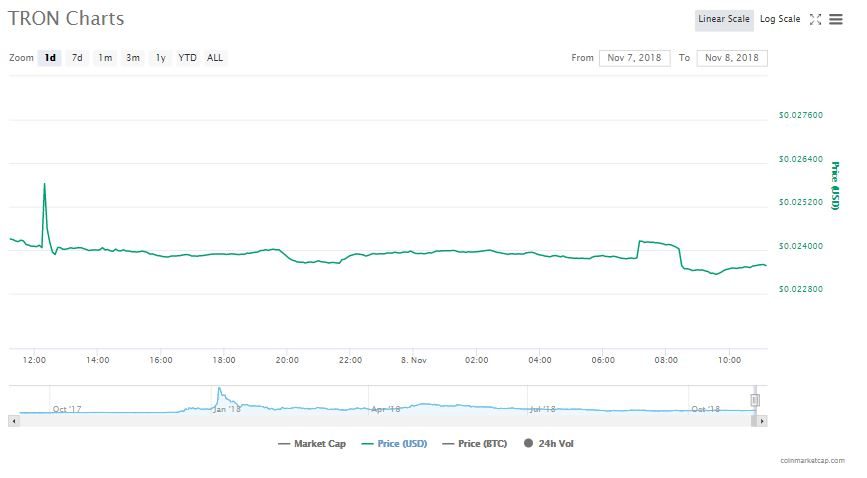 Tron made news recently when the Tron Foundation announced a new bug bounty program on the famous Hackerone. The Foundation aimed to propagate their mission towards mainstream adoption by offering $10,000 as a reward for finding critical issues.

The critical issues stated by Tron covers bugs that can take control of network nodes that can be operated from remote locations. The Foundation has also promised rewards worth $6000 for uncovering other issues pertaining to Denial of Services on P2P networks.