Bitcoin [BTC] has recently bounced back, tracing a recovery from the bearish zone and providing a positive sentiment to the investors. However, even as the coin has orchestrated its temporary escape from the clutches of the bear, the price still has a long way to go before it reaches further bullish momentum. 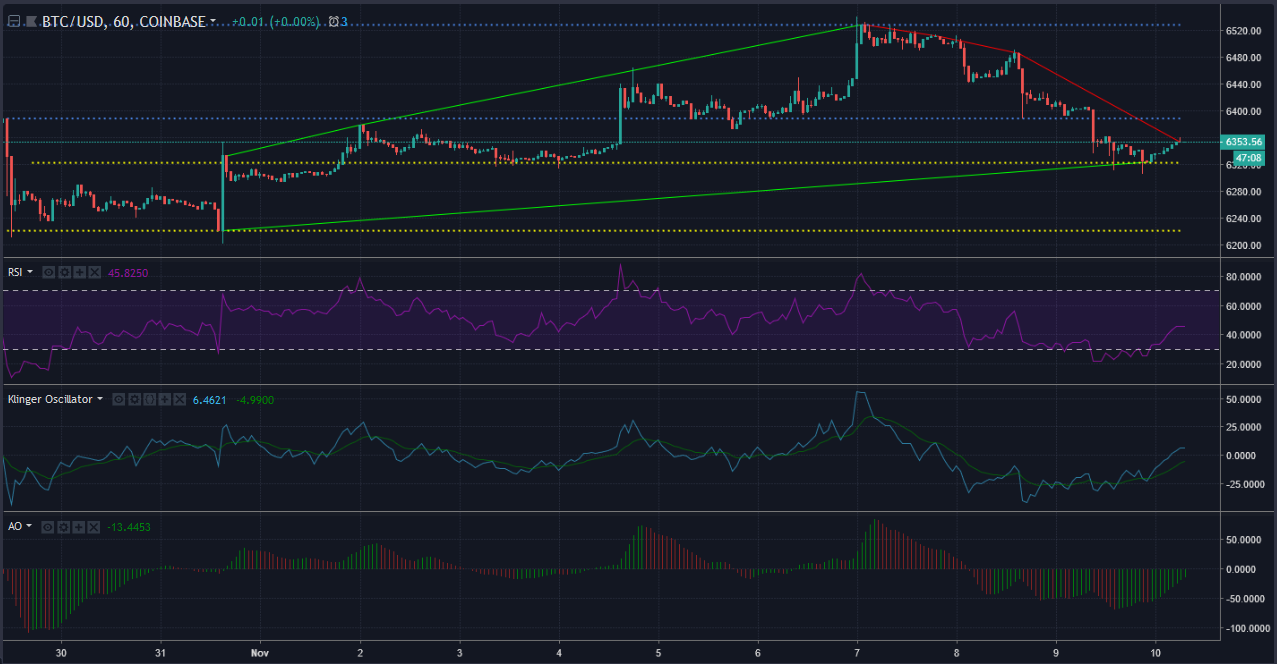 The Awesome Oscillator is bullish and moving upwards as seen by the green bars on the indicator.

The Klinger Volume Oscillator is also demonstrating a bullish crossover after the bearish move, suggesting a possible recovery.

The RSI recently recovered from the oversold zone, demonstrating that the coin has regained its buyers. 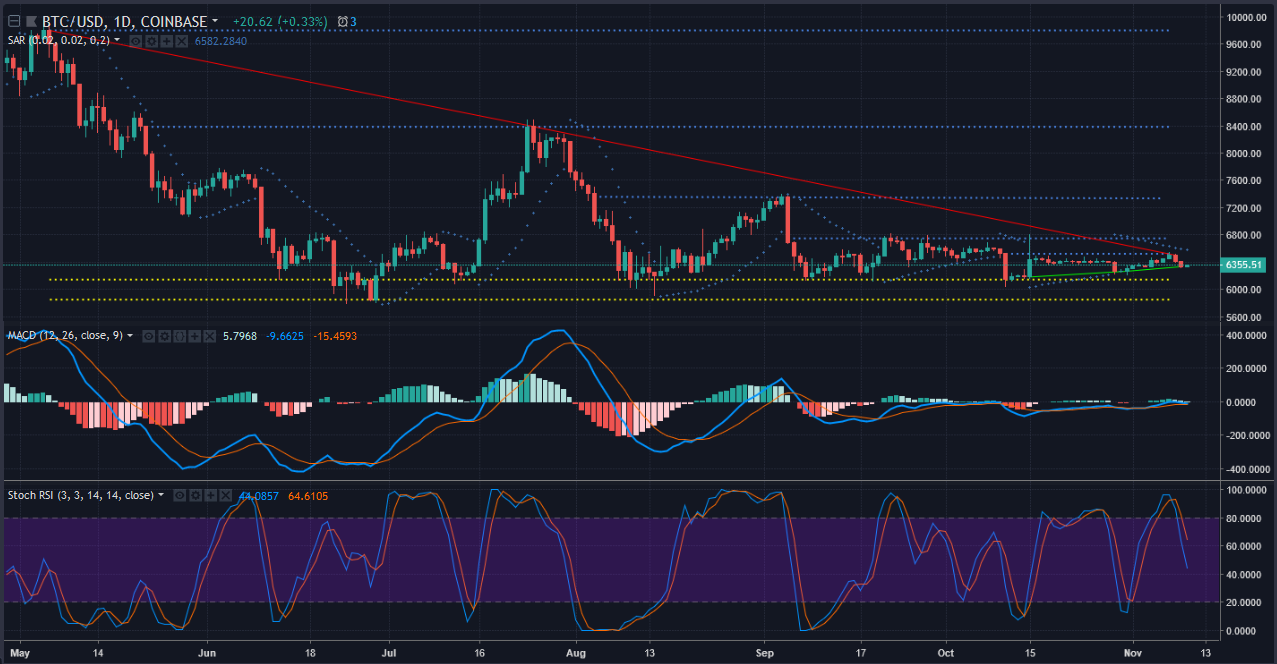 The Parabolic SAR is bearish, as evidenced by the presence of the dots above the candlesticks.

The MACD is moving closer to the signal line and might indicate a possible bearish crossover in the near future.

The Stochastic RSI is demonstrating a possible entry point, which might indicate a bounce upwards.

Bitcoin might see a short recovery to the upwards direction, and continue to test its short-term resistance. However, if the bear continues to exert its power on top of reducing investor sentiments. Resistance levels are set at $6,390 and $6,530.