Bitcoin [BTC] has seen one of the largest market drops in its recent history, currently having lost a third of its value over the past week. In this timeframe, the cryptocurrency market has also been stuck in the grip of the bear’s claws, causing a truly red week for HODLers.

The RSI reveals that buying and selling pressure have evened out, leading to a general sense of balance over the past few days.

The RVGI has recently bounced off the signal line, demonstrating a slight bullish momentum.

The Aroon indicator shows that both down and uptrend are losing power. 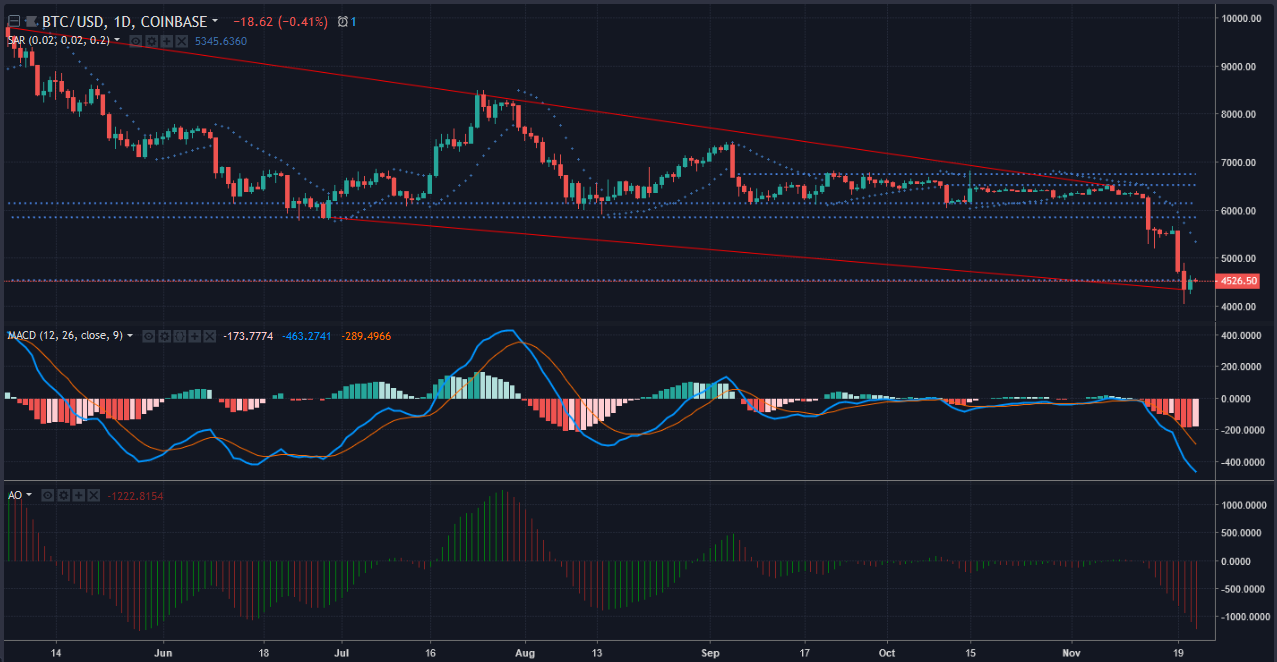 The MACD has taken a sharp bearish turn, with both lines diverging downwards owing to the steep drop in the price of the top currency.

The Awesome Oscillator is demonstrating a strong bearish trend, as demonstrated by the exponential growth of the red lines.

The Parabolic  SAR indicator is flashing a bearish signal.

The market seems to be headed for another bearish turn in the short term, with a longer recovery to be seen in the medium to long-term. Resistances will be tested at $5545, with the support at $4245 representing the last stance for Bitcoin’s bulls.