Bitcoin [BTC] celebrated its 10th birthday with lackluster performance on the charts, as it slowly regained the $6300 level after drops the previous day. However, the coin might be set to test further resistances, as buying pressure on the coin has been on a steady rise since the past few days. 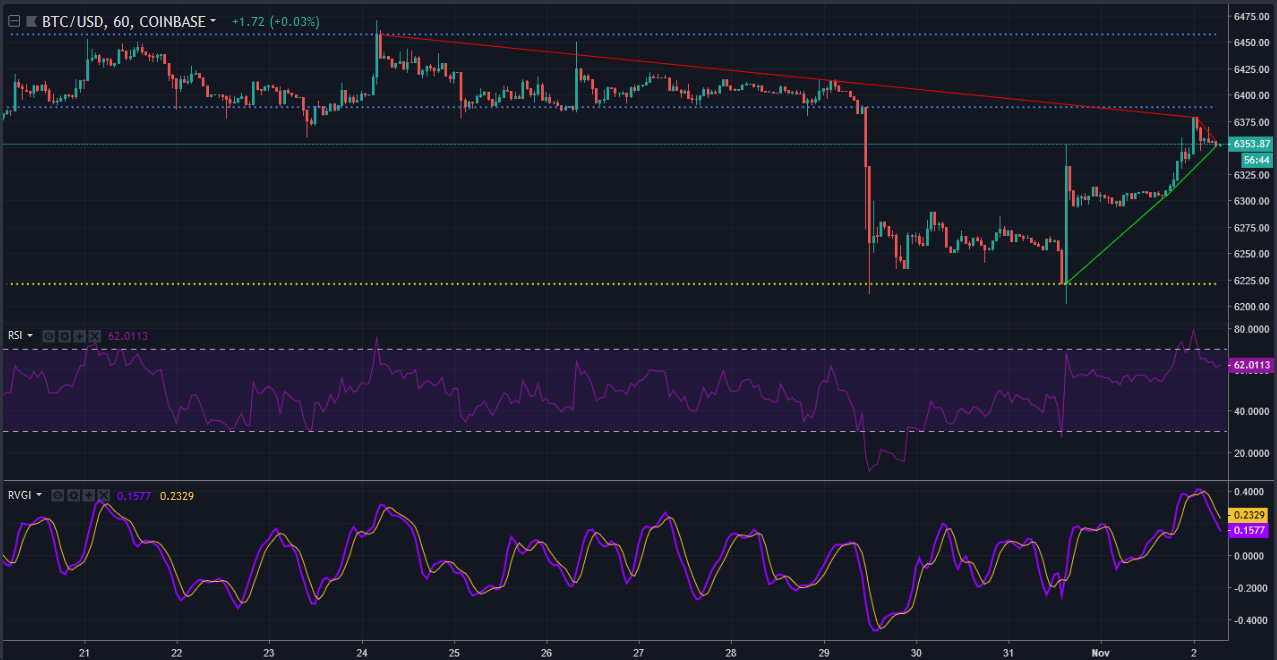 The RSI recently bounced back from the overbought zone and is hovering around the top half of the graph. This signifies an abundance of buying pressure in the market.

The Relative Vigor Index is also demonstrating a bearish crossover, as seen by the movement of the line below the signal. 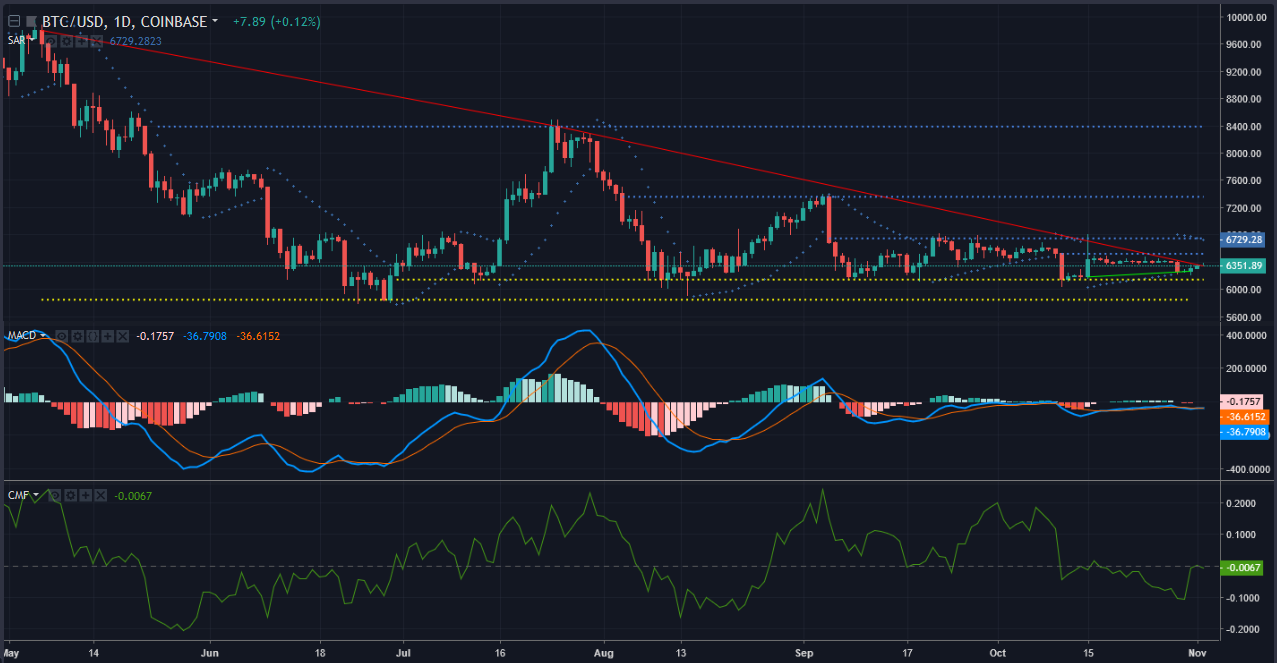 The MACD seems to be set for a bullish crossover, as the lines are drawing closer together with the MA line moving upwards.

The Chaikin Money Flow indicator touched the zero mark, before falling back down into negative territory.

The Parabolic SAR indicator is flashing a bearish signal, as seen by the presence of the dots below the candlesticks.

Even as the indicators are predicting a slightly bearish turn for the coin, the increase of buying pressure into the market may drive the price to test set resistance levels. Moreover, the price of the coin is set to see a growth in the longer term as seen by the results of the indicators.