Bitcoin [BTC] saw a short rally yesterday, driven by a 20% hike in the value of its direct competitor, Bitcoin Cash [BCH]. This has led to fresh capital entering the market, pushing the trading volume of Bitcoin to the highest since mid-September. 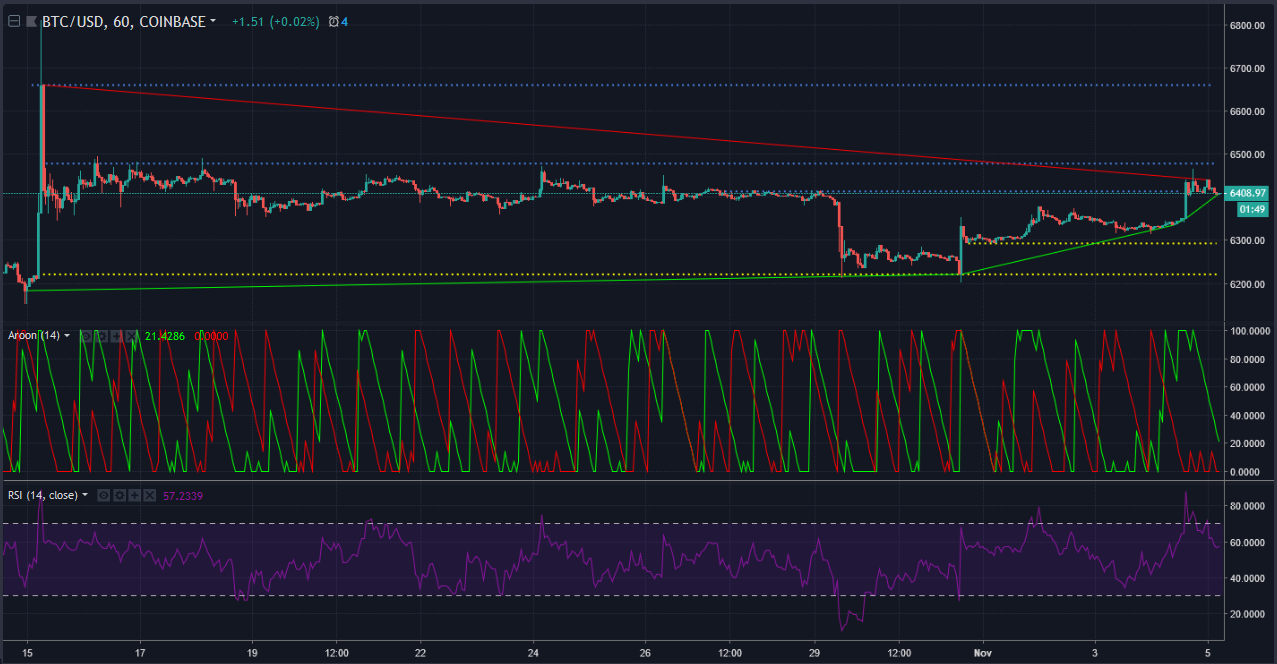 The RSI went into the overbought zone at the height of the rally, proceeding to come crashing down after a recovery of the price.

The Aroon indicator is showing the uptrend losing power while the downtrend is still low. However, bearish pressure might see a resurgence soon. 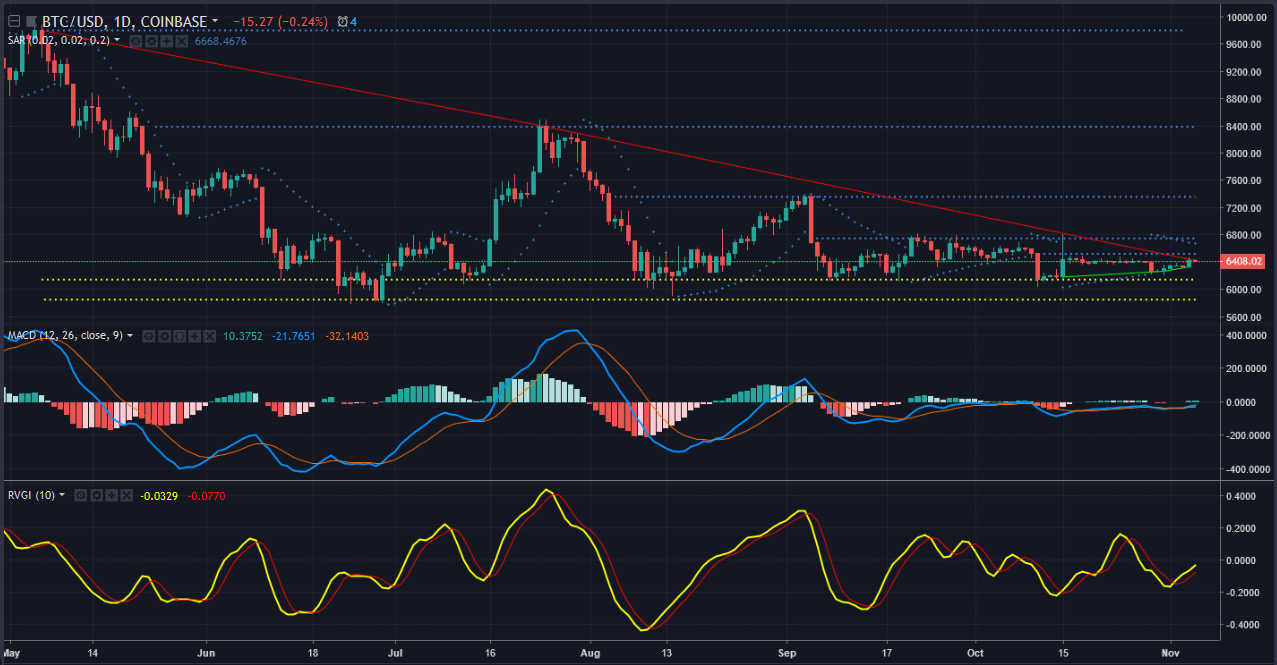 The MACD is demonstrating a bullish crossover, presenting a positive picture for the coin in the near future.

The Relative Vigor Index is demonstrating a bullish crossover, as shown by the RVGI line crossing upwards over the signal.

The Parabolic SAR is demonstrating a bearish turn, as seen by the presence of the dots over the candlesticks.

The cryptocurrency market is seeing a breath of fresh air after escaping from the bear’s grip. However, this respite might be short-lived as the bear looks to take over control of the price once more.

The post Bitcoin [BTC/USD] Technical Analysis: Bears shirk away from war zone as resistance is broken appeared first on AMBCrypto.