Bitcoin [BTC] recently saw a sharp drop to the low $6,000s, leading many to believe the extended period of non-volatility has given way to a bear’s attack on the #1 cryptocurrency. The lackluster performance of the coin might continue to occur, as the bear holds the coin tightly in its claws. 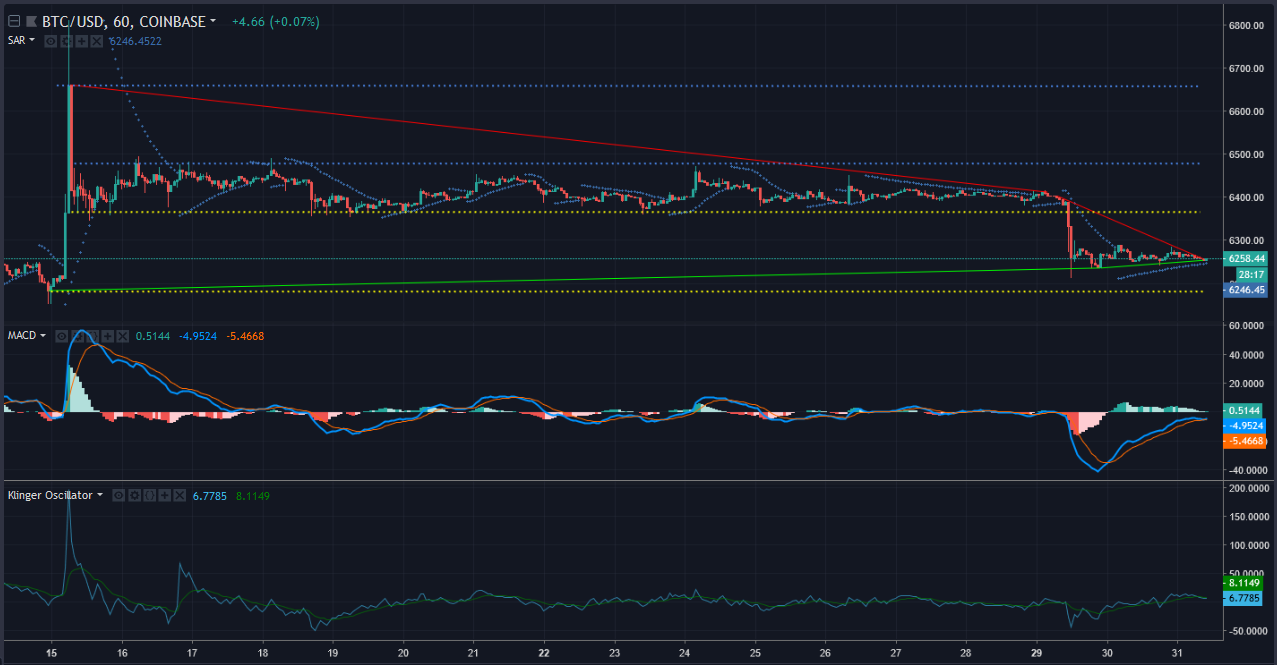 The MACD is demonstrating an unclear outcome, with a possible bearish sign coming soon.

The Parabolic SAR is bullish, as seen by the presence of the dots under the candlesticks. 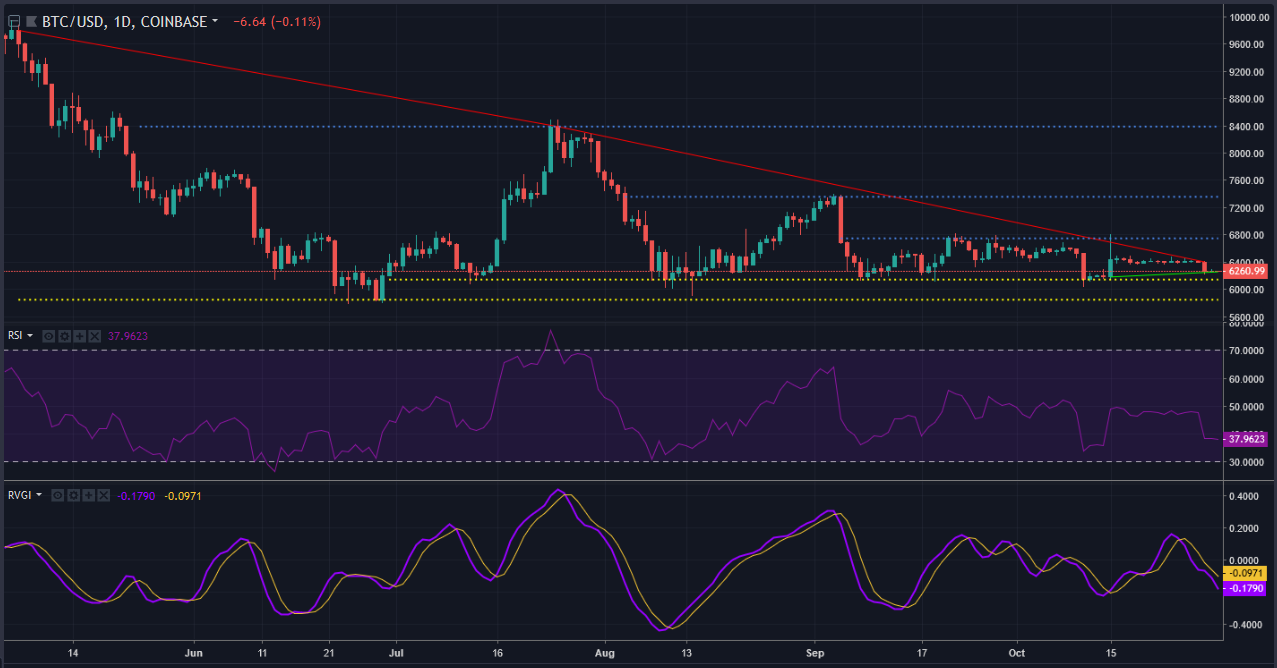 The RSI indicates that buying and selling pressure have evened out, and is closer to being in the oversold.