Bitcoin [BTC] scammers on Twitter appear to have escalated the situation, with news emerging that hackers have taken control of prominent verified accounts such as Google Suite, Target, Universal Music CZ,  the Office of the United Nations High Commissioner for Refugees, the Agriculture and Horticulture Development Board, Toledo Athletics and The Body Shop.

These accounts were compromised to promote a scam for 5000 Bitcoin, which translates to upwards of $30 million, wherein users would send a specified amount of Bitcoin in return for upto 10 times that amount. However, the scammers would simply take the money and not return it, leaving victims with a loss due to the immutable nature of the blockchain. 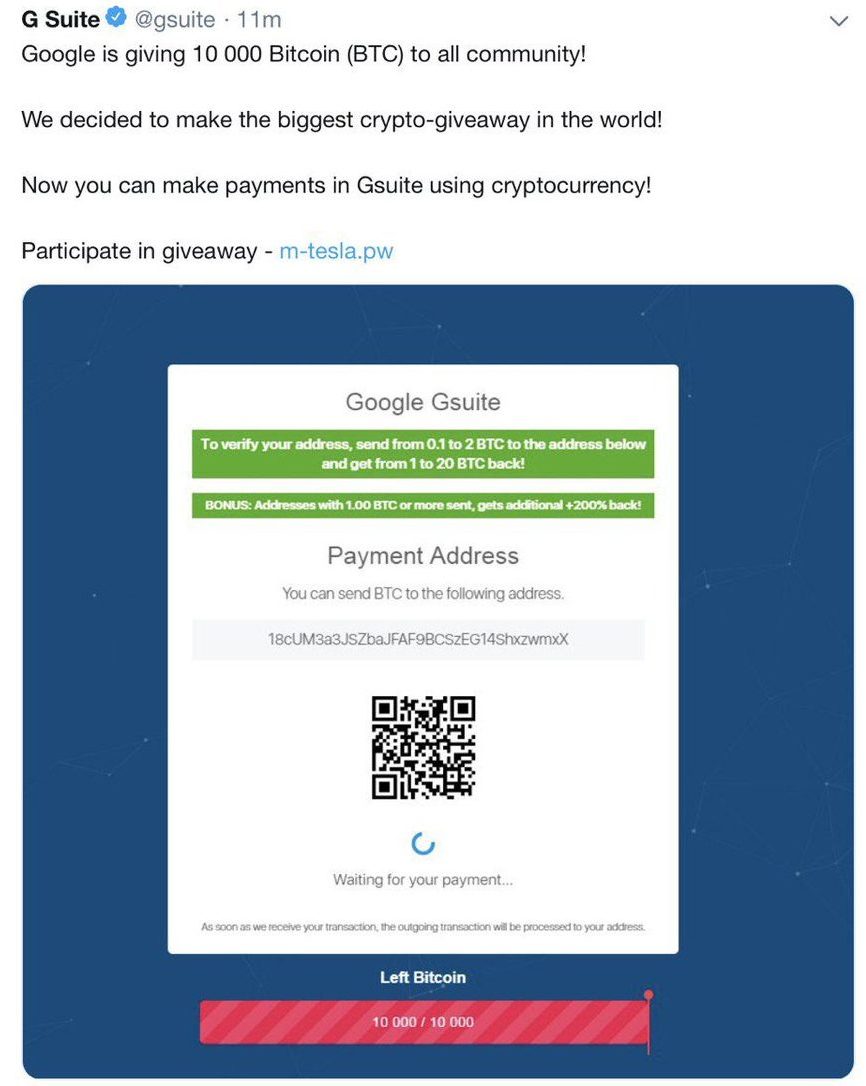 Google, arguably the biggest of those affected with over 800,000 following the page, is yet to provide a statement concerning the attack. The tweet stayed up for approximately 15 minutes, within which time Ernst Mulders, a user on Twitter, took a screenshot of the tweet.

Retail giant Target also saw the same occur to its website, where the tweet stayed online for close to 30 minutes. The tweet also saw comments by many prominent personalities, leading many to believe that it was a legitimate offer from the company. The page has over 1.9 million followers, putting the total amount of those affected at well over 3 million.

Target said in a statement to The Next Web: 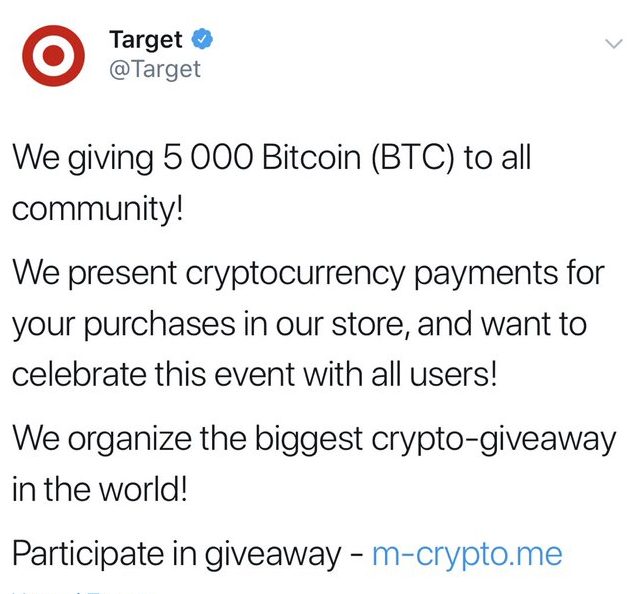 Reportedly, Twitter has also been working on reducing the number of cryptocurrency-related account breaches on the social media platform. This also comes after news of the platform being a breeding ground for scammers to prey on unsuspecting individuals. 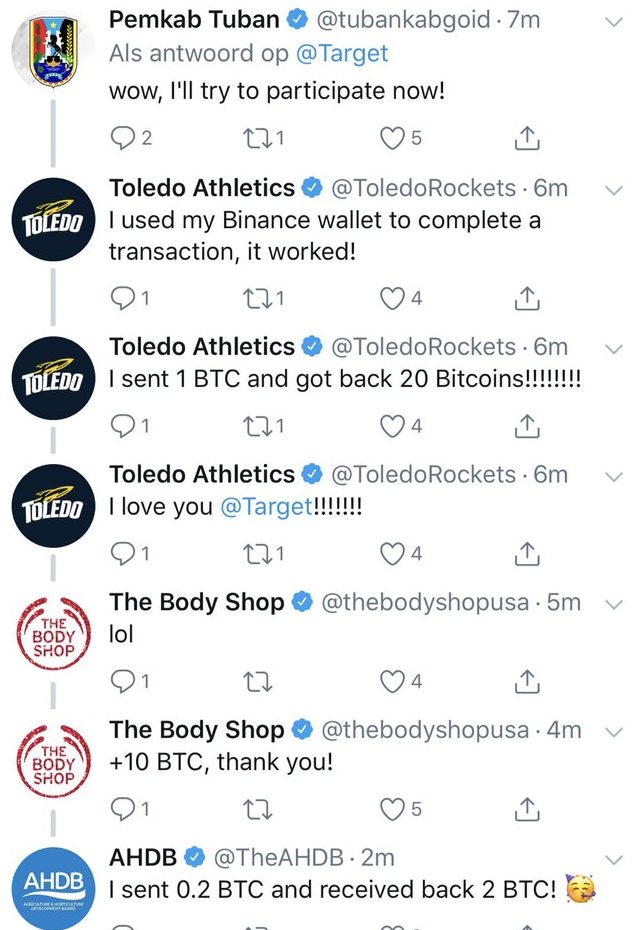 Other affected parties include Universal Music CZ, a music label, The Office of the United Nations High Commissioner for Refugees [UNHCR], Pemkab Tuban, AHDB Toledo Athletics, and The Body Shop.

The post Bitcoin [BTC] scammer’s hack takes over Google, Target and other accounts: Over 3 million affected appeared first on AMBCrypto.