According to CoinMarketCap, at press time, the cryptocurrency is trading at $5503 with a market cap of over $95 billion. The cryptocurrency has a trading volume of $8 billion and has plunged by 12.75% in the past 24 hours. 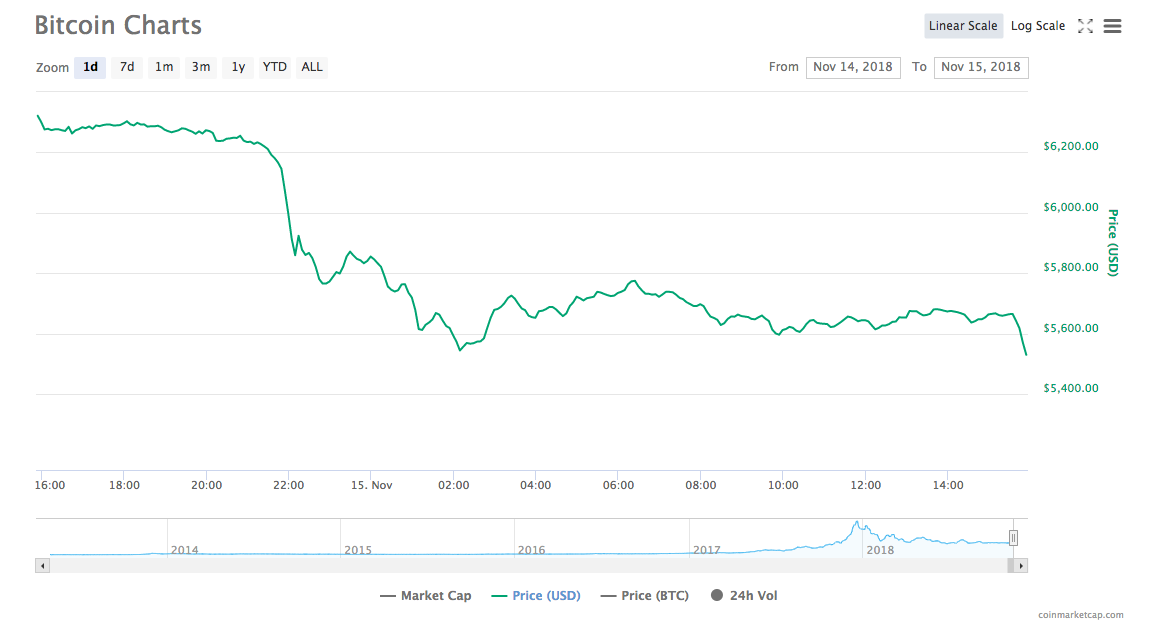 Moreover, the other cryptocurrency which was crushed by the bear is Ethereum [ETH]. The coin has fallen from its second position by market capitalization to the third position, giving up its seat for XRP.

The reason for the crash is believed to be the ongoing clash in the Bitcoin Cash [BCH] community regarding the hard fork which is scheduled today. Some investors are also expecting the price to breach $5000 mark.

“By the price action looking like it snowballed from a few single large sell offs, my guess is massive BTC bags dumped for capital to fund BCH or move into it to gain more forked coins. If BCH pumps up to the HF now we know why. If it doesn’t, we might assume hash power is being moved to support the favored BCH chain with BTC no longer profitable to mine. You can’t sell paddles to a sinking boat. Regardless it is short term”

“Sometimes your banging the market and sometimes the market is banging you. It will come back stronger always does because greed and money never sleep they just transfer to someone else. I watched Wall St. the other day brought back great memories.”

The post Bitcoin [BTC] market cap falls below $100 billion for the first time since all-time high appeared first on AMBCrypto.