Bitcoin [BTC], the cryptocurrency which led to the birth of the rest of the coins in the market, seems to be slowly losing the trust of its investors. The biggest cryptocurrency by market cap has been continuously splintering blood because of the bear’s attack, making the investors the collateral damage.

Since the beginning of the year, the coin is pictured tumbling in the market despite several investors and market speculators claiming that the coin is going to touch new horizons. However, it now looks like the coin is going the opposite way when compared to last year during this time frame. 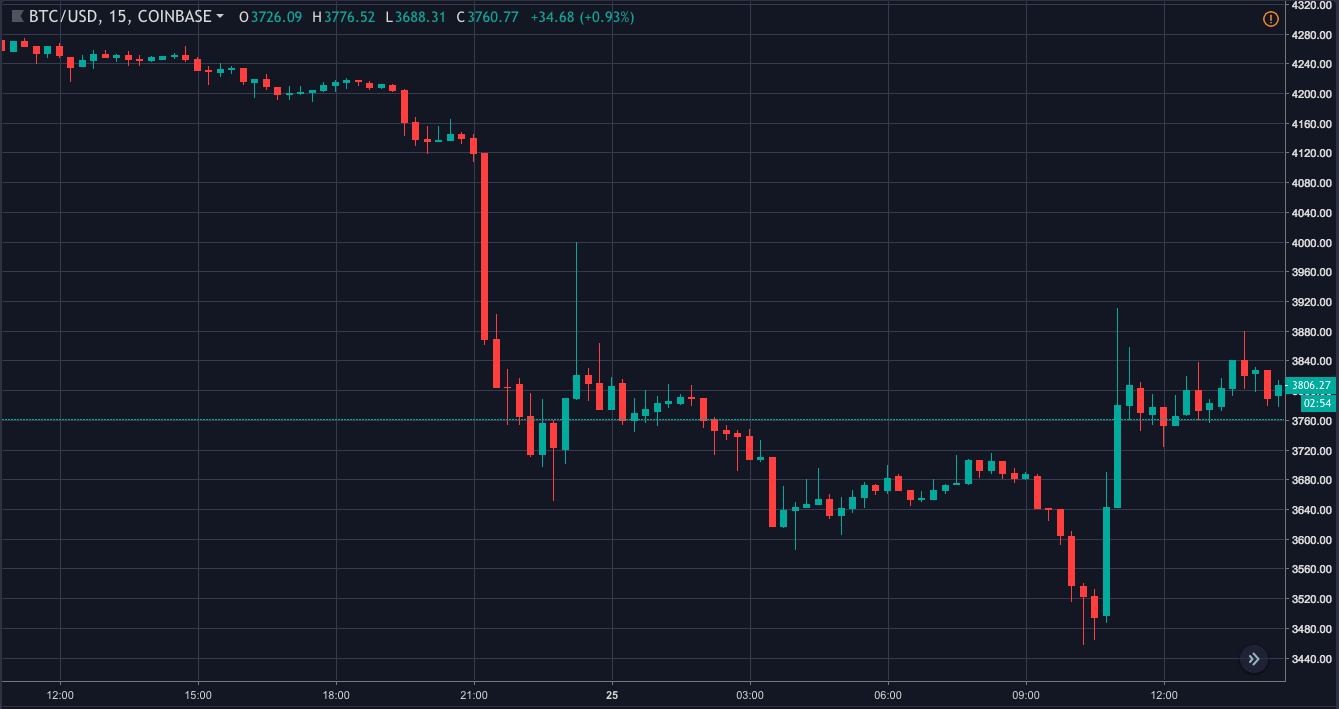 This price has had a massive impact on the investors. Majority of them seem to have broken down because of the bear’s grip, as they have declared exit from the space. Whereas, some of the old investors have decided to stay beside the coin through its hardships. Nonetheless, despite this price action being predicted by a few traders, there are some speculators trying to reason the fall.

“Lol – the candles are at 15 minute intervals. It’s definitely not multiple people selling Bitcoin. If there’s enough sell pressure in one 15 minute window to bring it from 4150 down to 3900 I’m going to assume it’s something bigger than just your average mom and pop deciding to sell their Bitcoin”

However, hanzyfanzy, another Redditor, had a different perspective on the situation, stated:

“I see you are in the denial stage. It was in reality thousands of different entities that set stop losses at these levels and the btc automatically sold. As more stop losses triggered, the price fell more and triggered even more stop losses. It’s not like they were sitting there with their hand on the sell button. And it sure as hell wasn’t some maniacal rich dude sipping whiskey hitting the big red button.”

Additionally, there are people who claim that the biggest cryptocurrency is currently as good as dead or is in its final days.

“Why does nobody realize that BTC is just about dead? BTC is NOT profitable to mine unless you have free electricity and miners that are already paid for. Therefore, because BTC is not profitable unless the above is free, it has actually become the most centralized crypto out there as only a few can afford to mine it. POW is DEAD, POS and DPOS is the future. Give this selloff a few months to clear all the crap out of the crypto world and you will see XRP. XLM and TRX take the lead in the next wave.”

The space also showed that the strong believers of the coin remained loyal to it and continue to acknowledge its achievements.

“Since Bitcoin’s launch less than 10 years ago: – Reached tens of billions of market cap – Created most secure network in world – Accepted as currency by US government – Covered daily on CNBC/Bloomberg – Millions of people hold Bitcoin What a time to be alive!