Bitcoin [BTC], the first-ever cryptocurrency which led to the birth of all the other cryptocurrencies, has been facing the wrath of the bear since the past week. The cryptocurrency is continuing to touch new lows f`or the year, ever since it made a record by almost touching $20,000.

The market was ablaze when it went below the $6,000-mark. Following this, the sentiments of investors were crushed as the coin breached below the $5,000-mark this week. Currently, some investors speculate that the coin is going to plunge more in the market.

On BitMEX, the cryptocurrency is currently hovering around the $4500-mark. Moreover, the market cap has also seen a significant drop. It has plunged by almost $249 billion in comparison to its all-time high last year in the month of December. 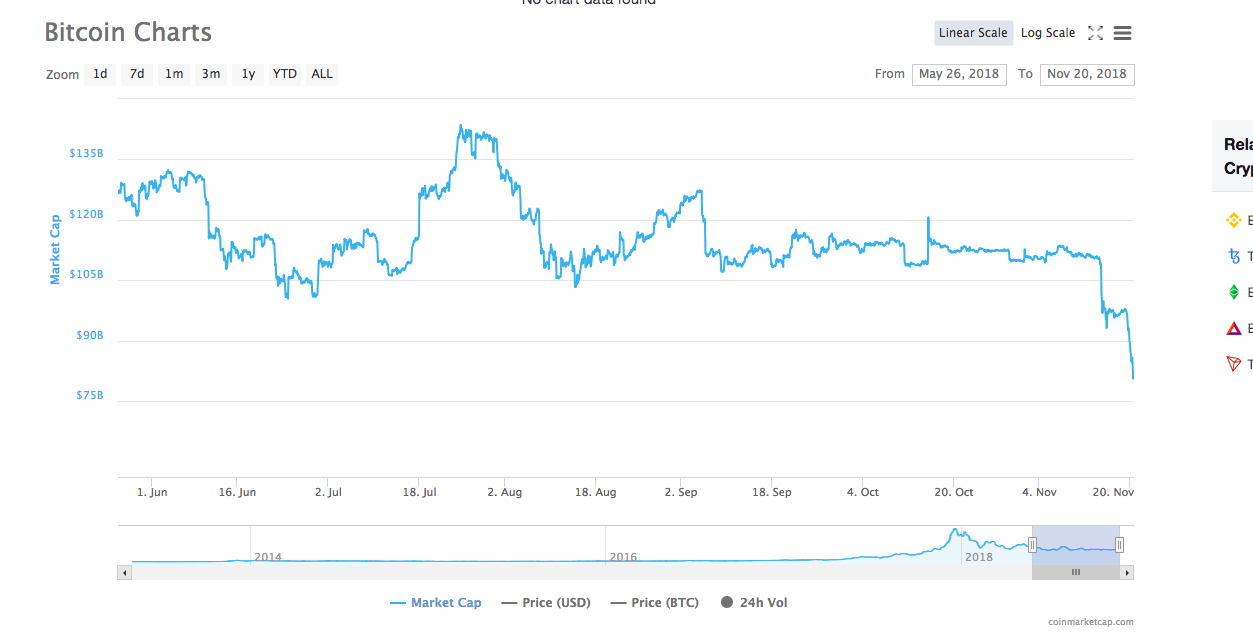 In an interview with CNBC Futures, Jeff Kilburg, the founder of KKM Financial, opined that the cryptocurrency’s price is currently in the discovery mode. He said:

Kilburg further spoke about the price of Bitcoin during this time last year, when the cryptocurrency had decided to take the high hill. However, currently, the coin is down by 75%. The founder predicts that the floor for the coin is here, at $4,500.

Nonetheless, Anthony Grisanti, an investor, and trader believes otherwise. He predicts that the floor for Bitcoin is at $3,680. He said:

“I think a lot of this is liquidation from traders that want to book that loss  by the end of the year because they could write it off. No ETF this year, no wide spread applications that were promised would happen. So it’s no surprise that this is all of the way it has.”

The post Bitcoin [BTC] continues to bleeds below $4,500 in the market; forms support at $3,680 appeared first on AMBCrypto.