The price of XRP saw a meteoric rise last month, closing September at an 80% gain. However, it has begun to see a steady decline in the time since and is now resting on one of its crucial support lines. 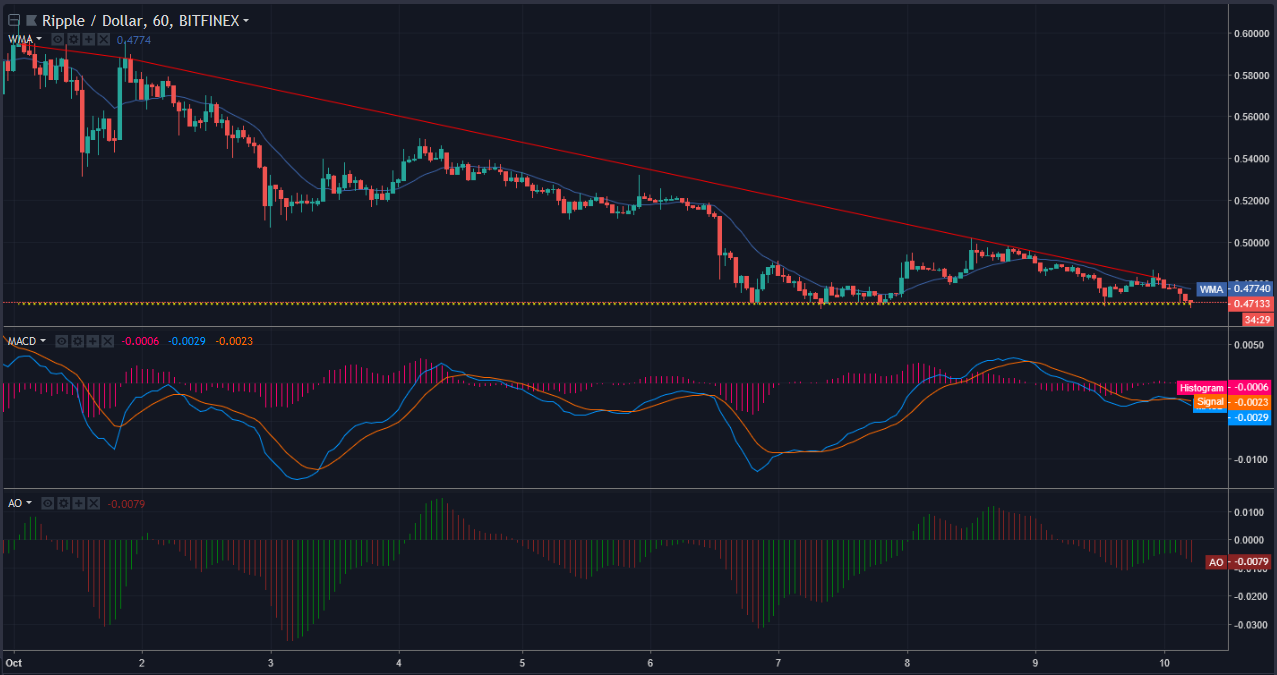 The MACD is bearish and is moving below the signal after the crossover.

The Awesome Oscillator is flashing a bearish as well, with continued downward movement. 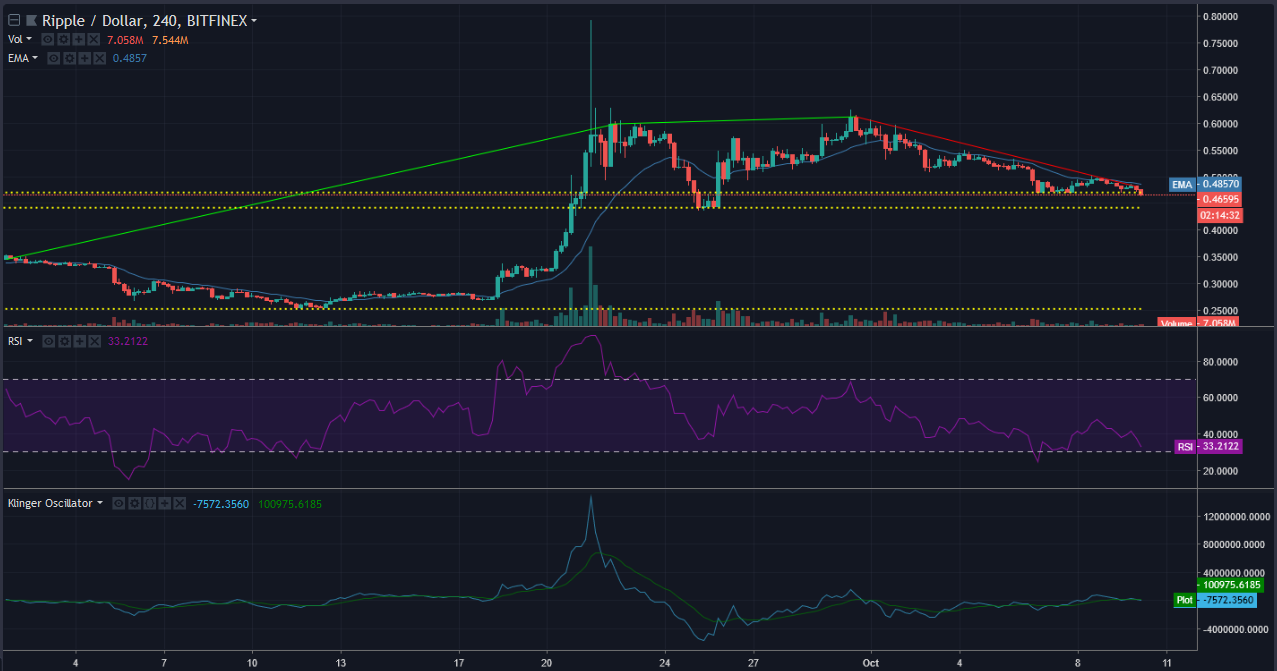 There is a crucial resistance level presenting itself at the $0.470 mark. If this is broken, XRP might see a bearish slide to the $0.442 mark, which is the next resistance level.

The final resistance for the price of XRP to further move downwards is at $0.25, representing its low this year.

The RSI is plunging towards the oversold territory, which generally represents a bullish run. However, it might also mean that buying pressure has subsided on the coin due to waning volumes.

The Klinger Volume Oscillator is forming a bearish cross, with the signal line crossing above the oscillator. 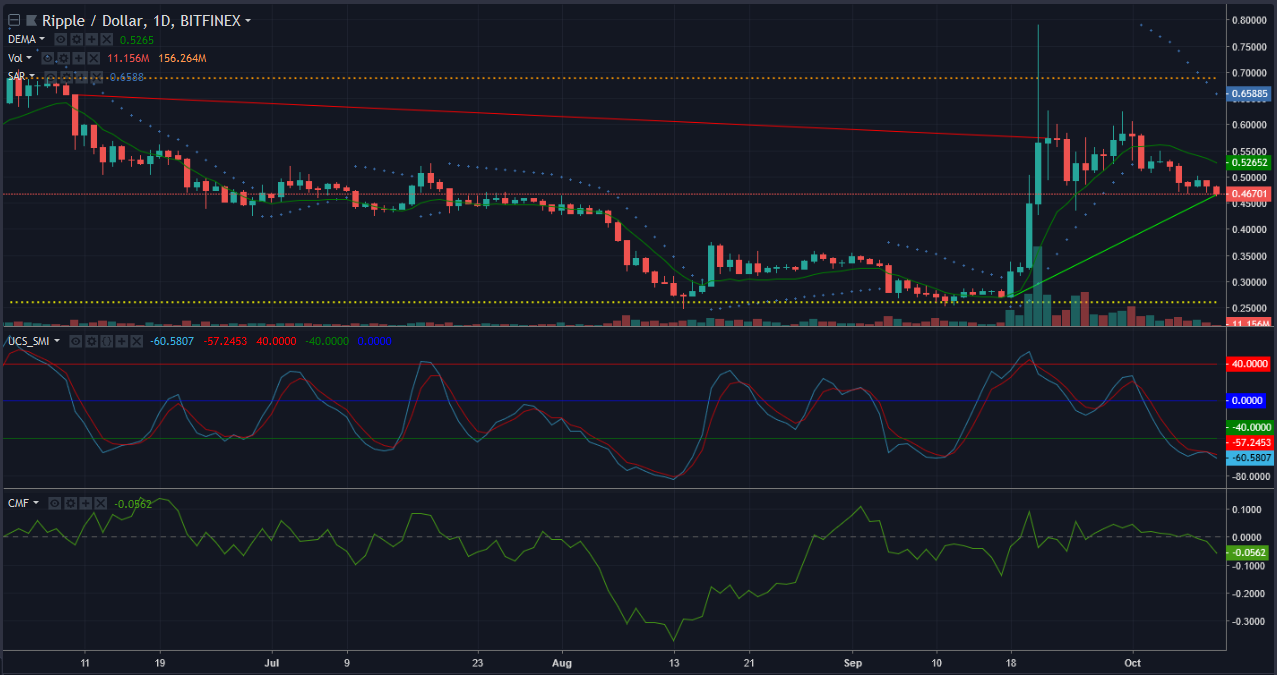 The Stochastic Momentum indicator also presented a signal that implied that the coin might be oversold. However, a comparison with the Chaikin Money Flow indicator shows that money flow is actually in the negative, presenting a combination of bearish signals.

The Parabolic SAR indicator is also flashing a bearish signal.

XRP seems to be headed for a tumble again, considering that the entire market is exhibiting sideways movement. While investor sentiment might be low for the cryptocurrency market at the moment, the indicators show that XRP has a worse lot than the others.

The post XRP/USD Technical Analysis: Walking a tightrope at $0.47 as bears wait for prey appeared first on AMBCrypto.