XRP was one of the biggest gainers in the market pump earlier this week, managing to trace a movement higher than most of the top cryptocurrencies. While investors find that the growth is being erased by slow market movement, the technicals seem to indicate a different story. 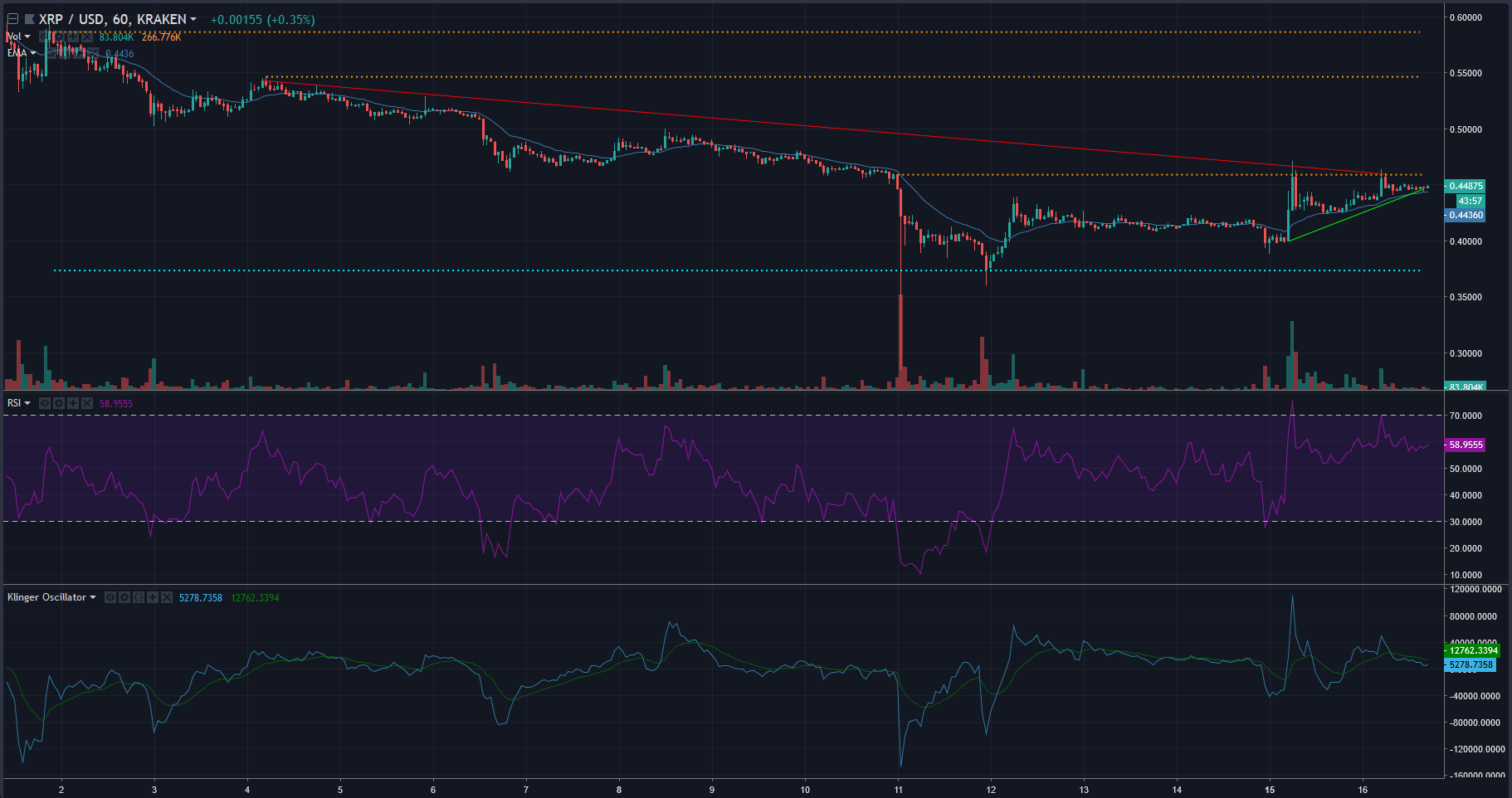 The RSI recovered from the overbought zone recently, indicating a sell signal.

The KVO is unclear after a bearish cross during the early hours of trading today. 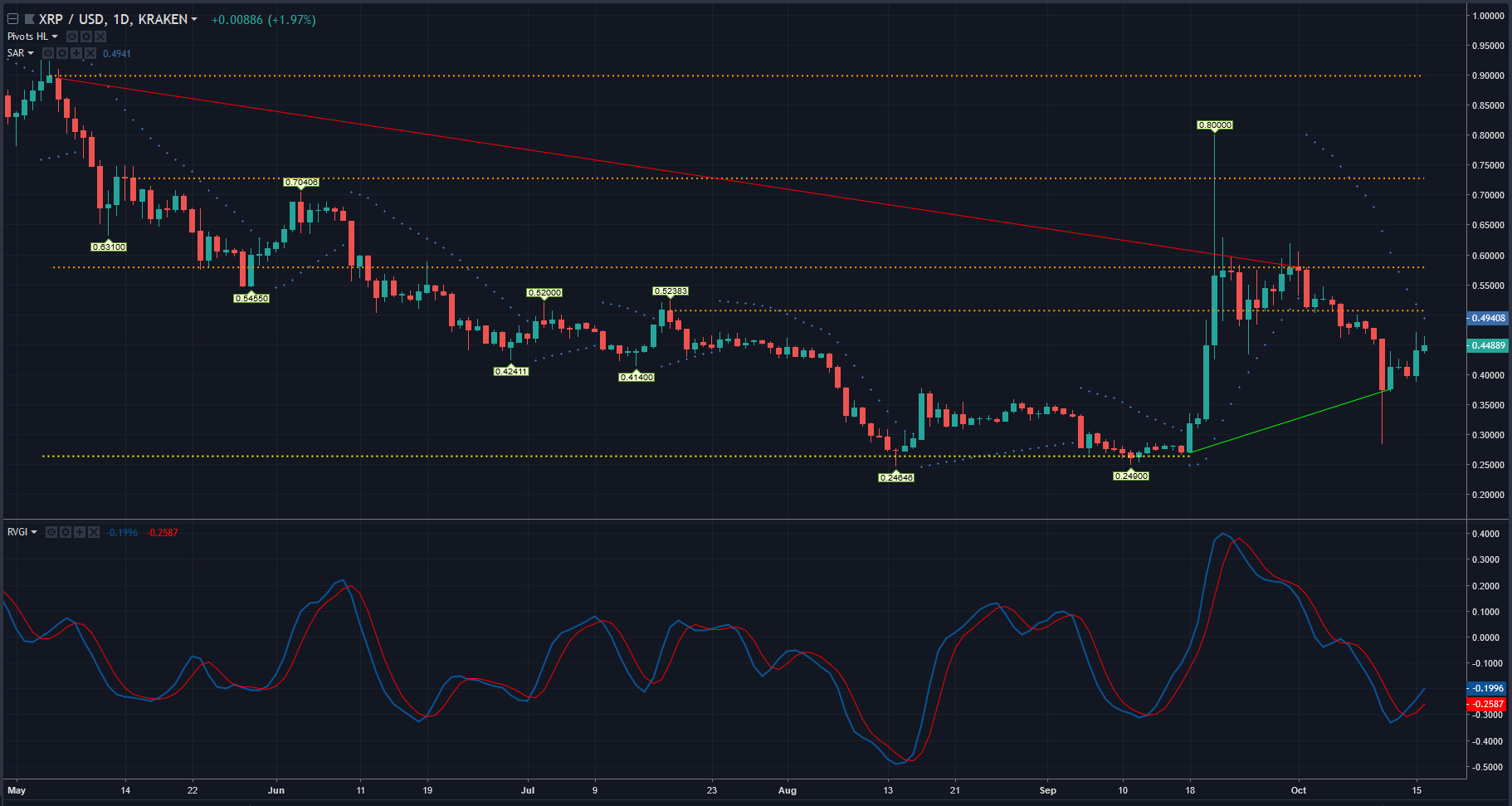 The Relative Vigor Index is demonstrating a bullish crossover, with the signal line crossing the MA as it moves downwards.

The Parabolic SAR is demonstrating a bearish signal, as evidenced by the presence of the dots above the candlesticks on the graph.

The levels between $0.579 and $0.508 captured most of the price movement over the last week, where XRP moved in a tight sideways movement.

The bear seems to be waiting for XRP to fall into its clutches as the price finds momentum dwindling. This comes at a crucial time for the cryptocurrency market as a whole, representing the problems the price of XRP has to overcome to ensure a bullish movement.

While the indicators are showing a generally inconclusive outcome, recent sentiment in the market is riding high after the hike earlier this week. The short-term effects of this sentiment may provide the momentum required to break the barriers of sideways movement.