The price of XRP has slowed down to the sluggish movement expected from the rest of the market, moving sideways and resting on crucial support levels. While sentiment for the coin is riding high in the form of good news, the general market performance leaves a lot to be desired. 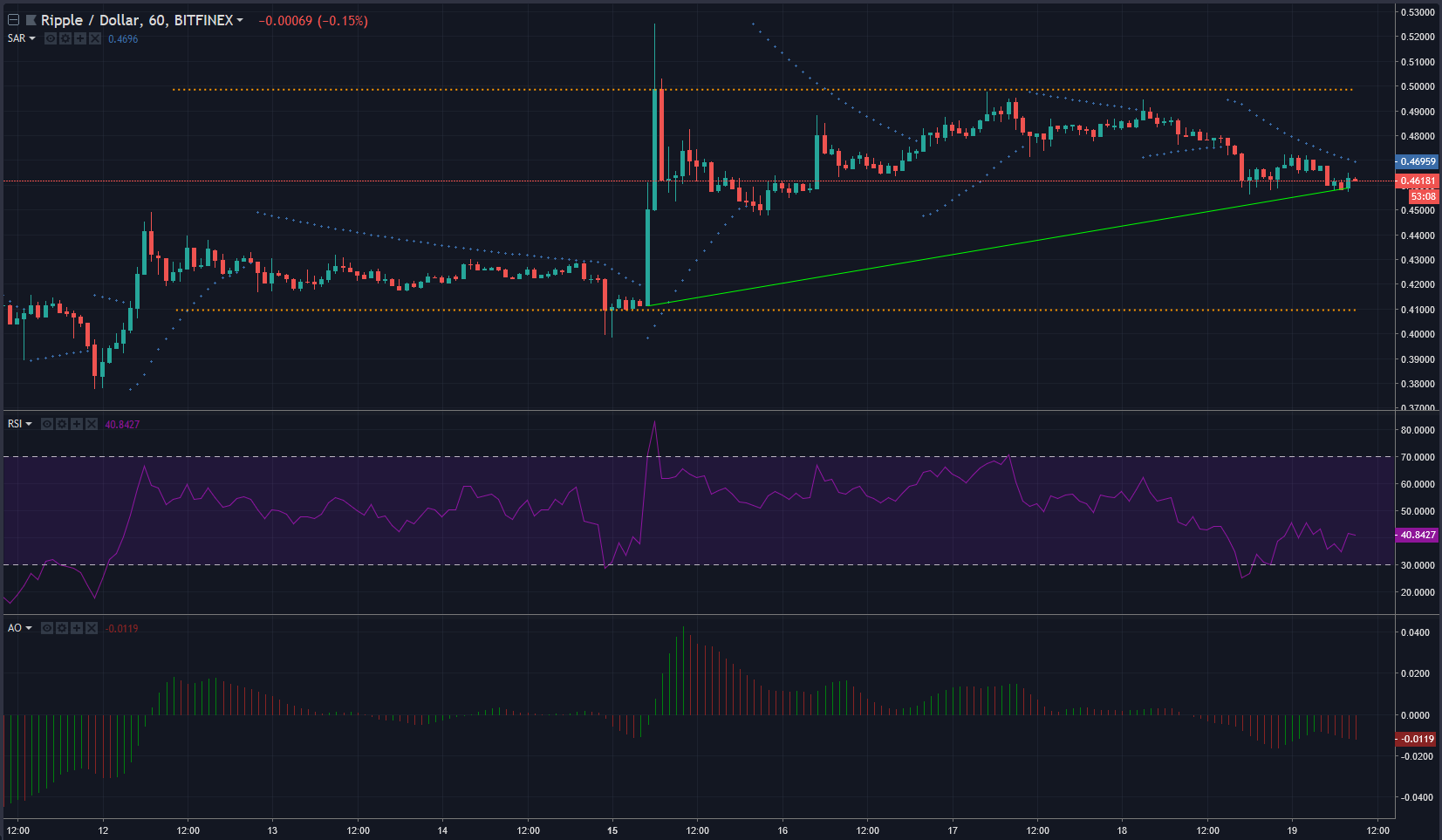 There is a short-term support uptrend seen from $0.41 – $0.45, pushing the price upwards. There is a strong resistance at $0.498, with a support level at $0.409. The price has been trading in between these limits since its hike earlier this week.

The Parabolic SAR indicator is demonstrating a bearish signal.

The RSI recently recovered from the oversold zone and is reflecting the balanced state of buying and selling pressure in the market.

The Awesome Oscillator is also demonstrating a bearish outlook, with the red lines in the indicator trending downwards. 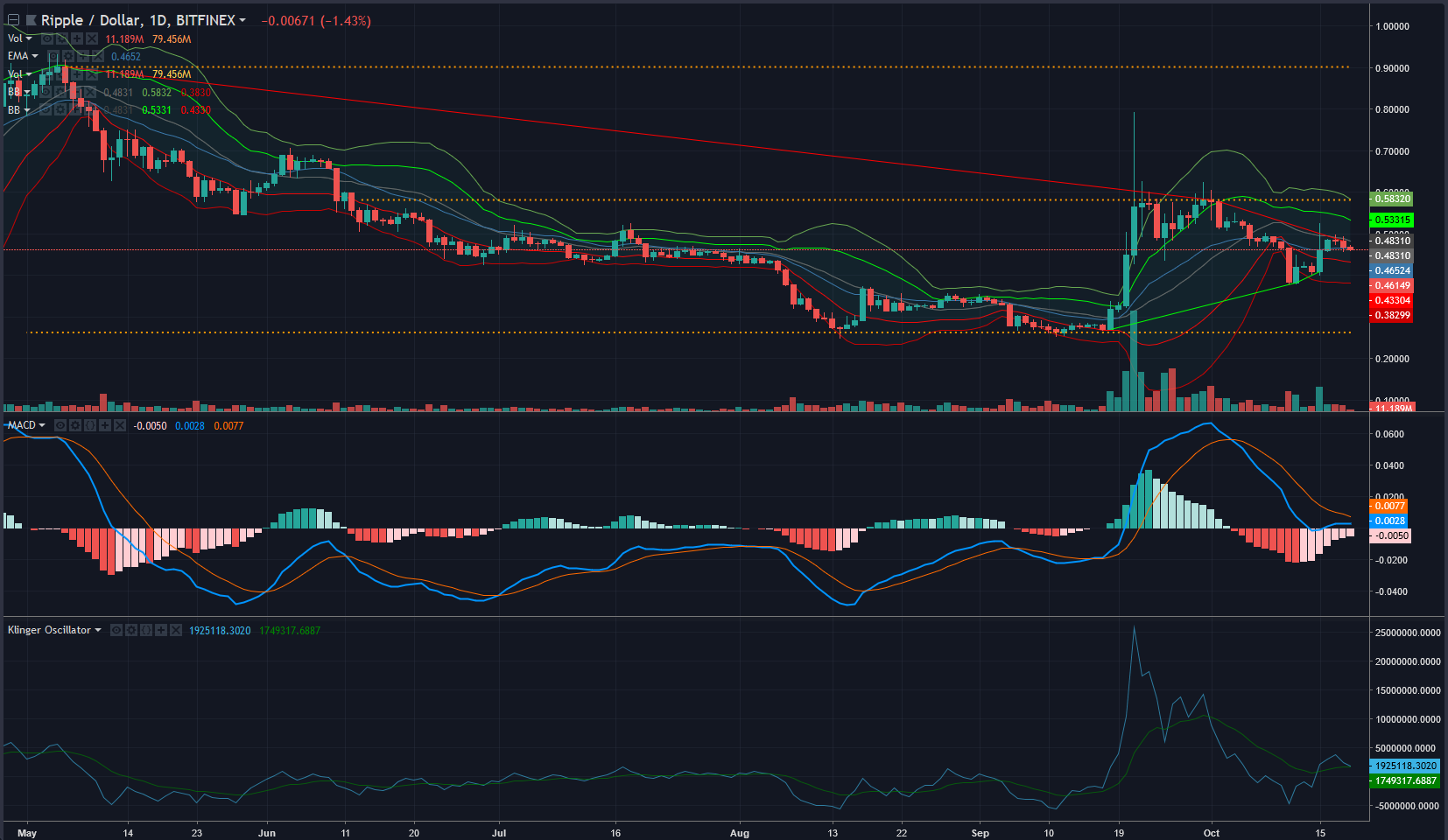 Long-term resistances are marked at $0.90 and $0.58, as these were the highs seen by the prices in recent times. The downtrend from May is connecting these resistances, representing the general downward movement of the price. This is also continued in the price movement from $0.573 to $0.483.

The MACD is set to move upwards, as evidenced by the histogram tending closer to zero. It is likely to make a bullish crossover.

The Klinger Volume Oscillator is unclear, as evidenced by the lines on the graph not intersecting.

Price movement is taking place in the -1st Standard Deviation of the Bollinger Bands, which may indicate a shorter-lived downtrend.

As investor sentiment is high, XRP may break the mold and continue to test its resistance. While the general outlook is bearish as evidenced by the indicators, the price might see a stronger growth in the medium to long-term. This is shown by the price recently testing some of its long-standing resistance levels such as the $0.58 level during the recent spike.

The post XRP/USD Technical Analysis: Investor sentiment might push price as bears look to take over appeared first on AMBCrypto.