The cryptocurrency market is moving sideways, but this time, the coins are being tossed in a mix of red and green. XRP, the third-largest cryptocurrency by market capitalization, was having a gala time in the green zone. 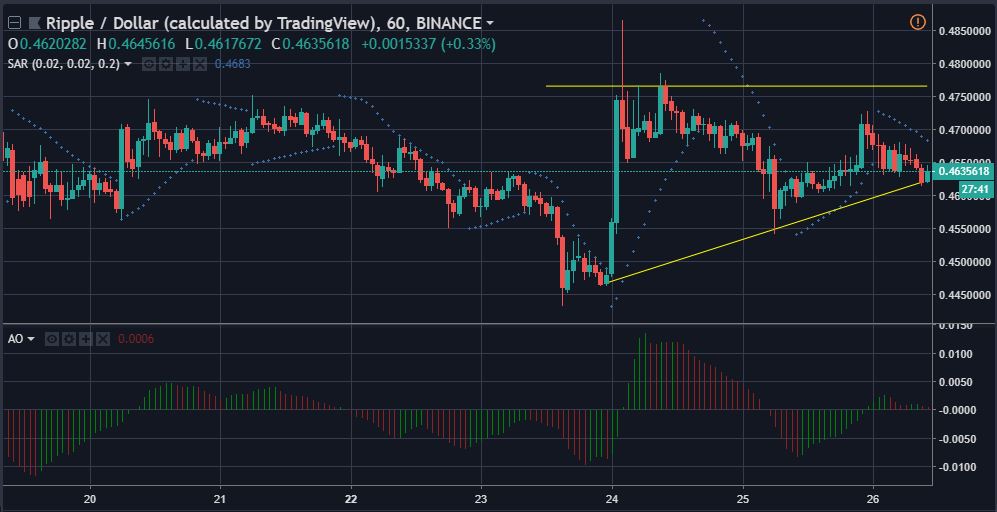 In the current one-hour timeframe of the XRP candlesticks, the resistance level is set at $0.47 and the support line is ranging from $0.44 – $0.46. However, the possibility of a trend breakout is not observed as an intersection is not apparent as of now.

The Parabolic SAR is predictive of an unhealthy price trend for the cryptocurrency. The dots are aligned directly above the candles to oppose a positive price trend.

The Awesome Oscillator is also flashing red at the XRP market trend, suggestive of a bearish presence in the market. 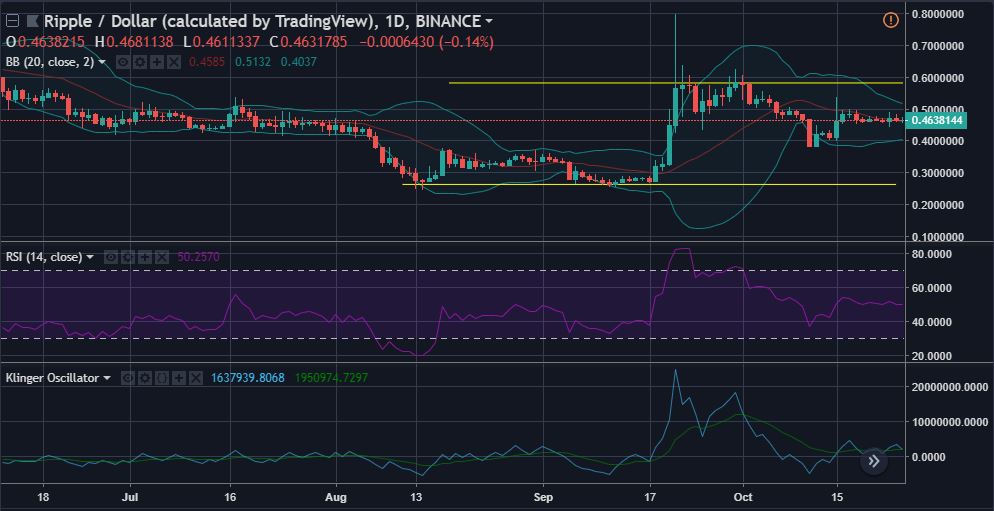 In this case, the resistance for the XRP candlesticks is set at $0.58, whereas the support is currently fixed at $0.26. The immediate resistance and support levels are giving the price of XRP to move with flexibility for a while.

However, Bollinger Bands do not agree with the approach and are narrowing down further to predict a decreased volatility for the market, leading to a sideways price trend.

The RSI is also giving a sideways outlook for the coin. The indicator was previously bullish on the XRP price trend, but is now taking a neutral approach to making a prediction.

The Klinger Oscillator is just made a bearish crossover by the signal. In tune with RSI, this indicator is also on the negative side of the prediction for XRP.

Most of the indicators in this technical analysis are bearish on the price of XRP. Meanwhile, the Bollinger Bands are arguing against a volatile market for the coin. Therefore, it is concluded that the indicators are suggestive of a sideways-bearish XRP market.