Ali Kutlusoy, a cryptographic puzzle creator and cryptocurrency enthusiast, has structured 137.036 XRP as a reward for solving one of his advanced puzzles, which is free and available for all.

The first one to decipher the cryptic puzzle can transfer the fund into their wallet. According to his set of rules, the puzzles are tested extensively and the answers will not be published until someone deciphers it. 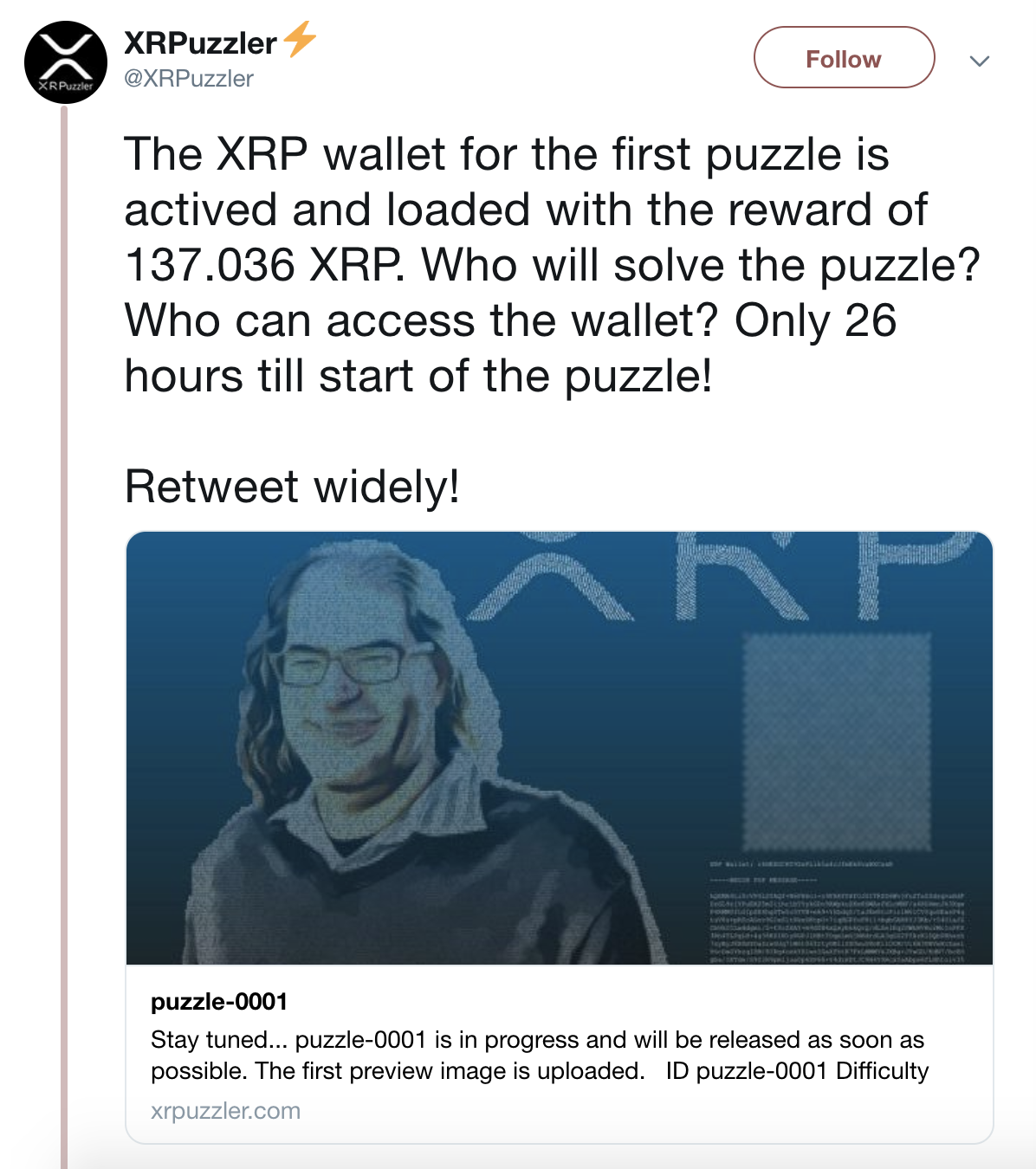 In case an individual fails to decipher it, the same puzzle dynamics will be used in the later puzzles. In such an instance, the prize will be carried and added on to the next puzzle prize pool.

According to Kutlusoy, the answer or key to the puzzle is a secret-key to an XRP wallet loaded with the reward. The wallet has a base reserve value of 20 XRP.

This effectively means that even if someone manages to crack the puzzle, they will not be able to take 20 XRP. This limits their prize pool to an effective 117 XRP. 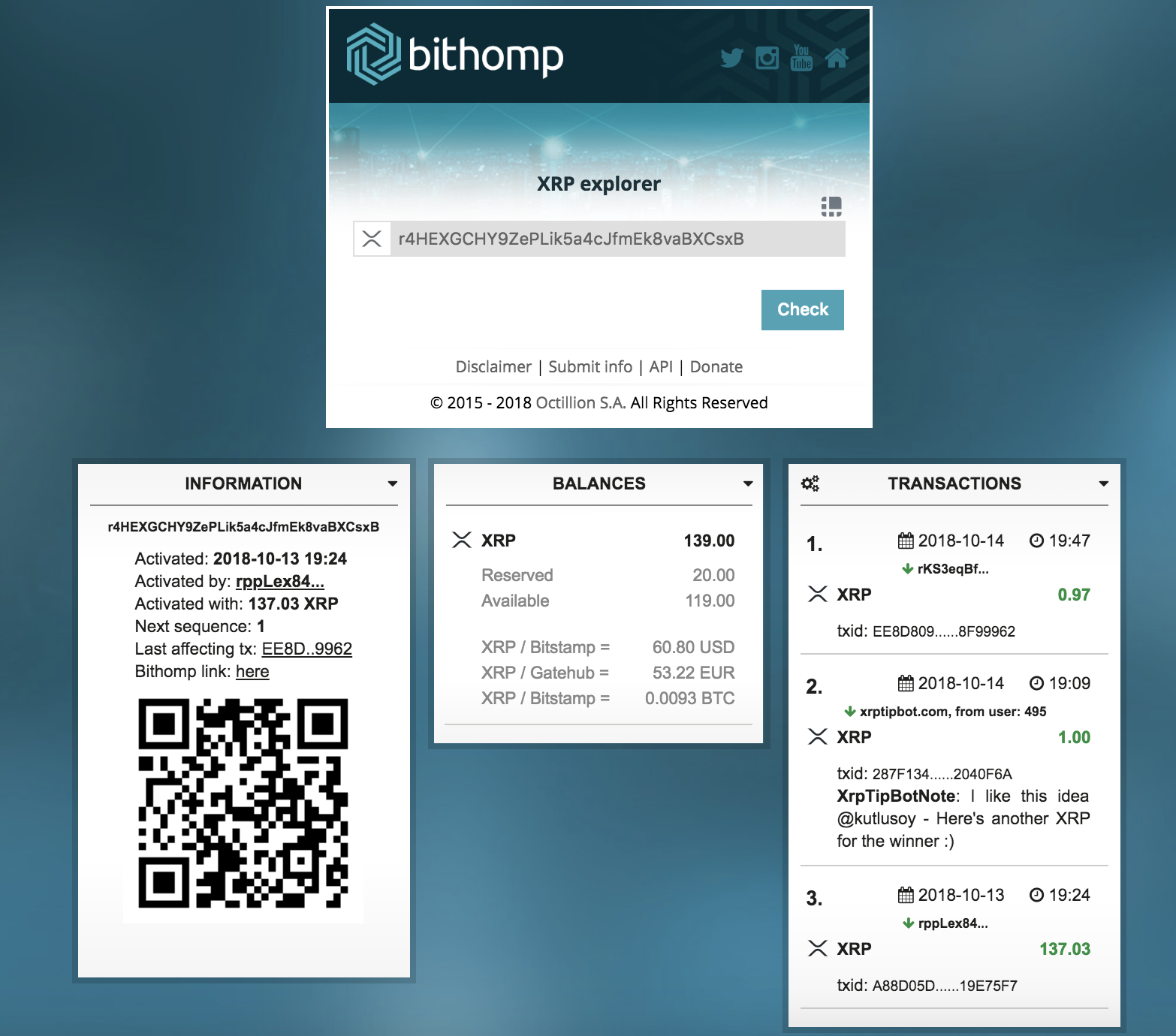 Each of the puzzles in the series will have a countdown timer, after which the reward will be transferred to the next puzzle wallet.

The puzzle mastermind has to further categorized the puzzle into difficulties ranging from 1 to 10, with 10 being the most difficult to solve. The first puzzle in the series, which was released on 15th October, has a difficulty rating of four [DR4].

Following the release of the puzzle and the sharp increase in prices of almost all major cryptocurrencies, Twitter users have been enthusiastically pursuing the challenge. 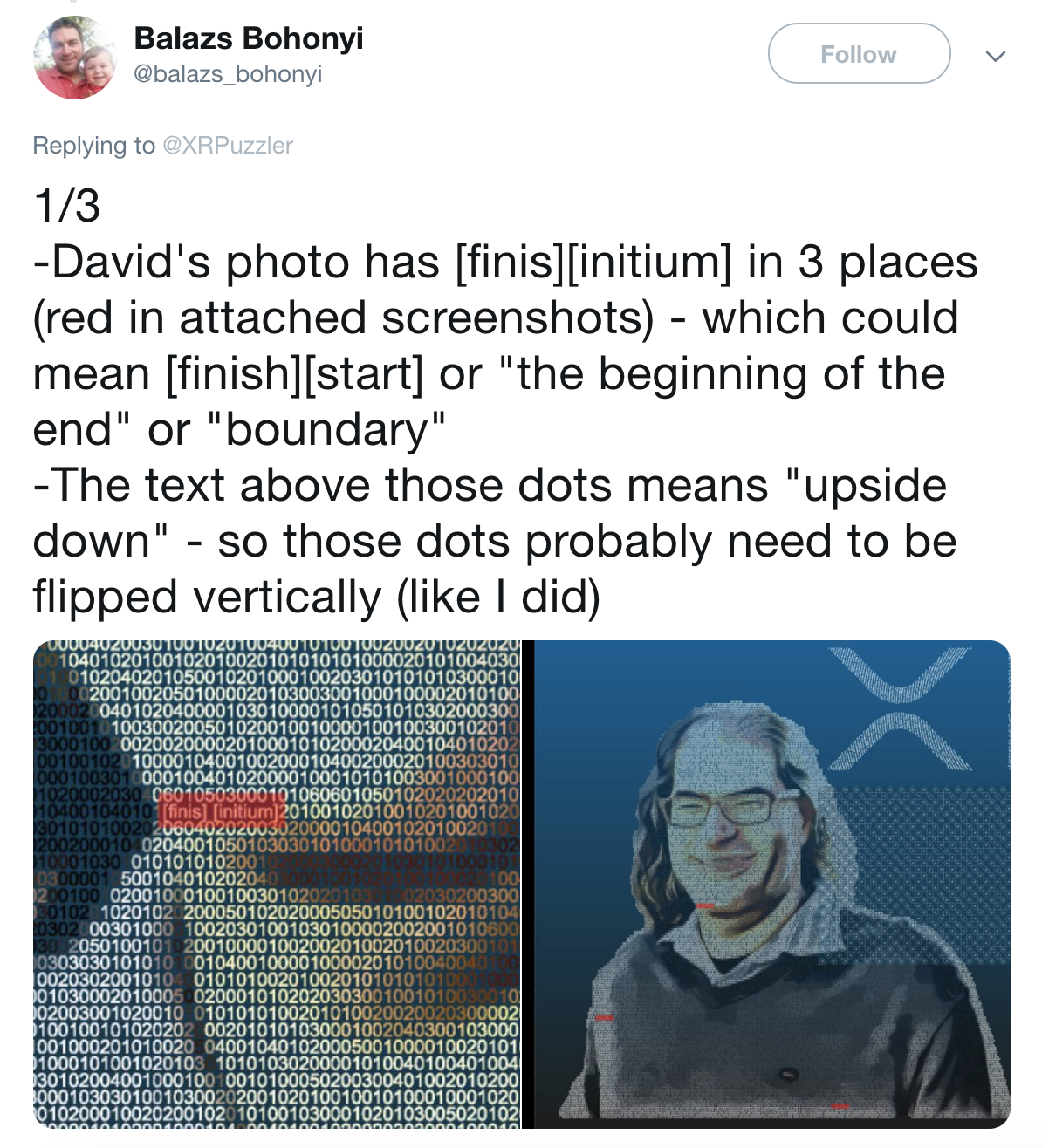 Twitteratis are on a race against time to solve the riddle | Source: Twitter

‘XRPuzzler’ also justifies why he chose the sum of 137.036 XRP. According to him, 137 is an “important” number for various reasons. He explains how it is his favorite prime number and is the “Fine Structure Constant” among other things. 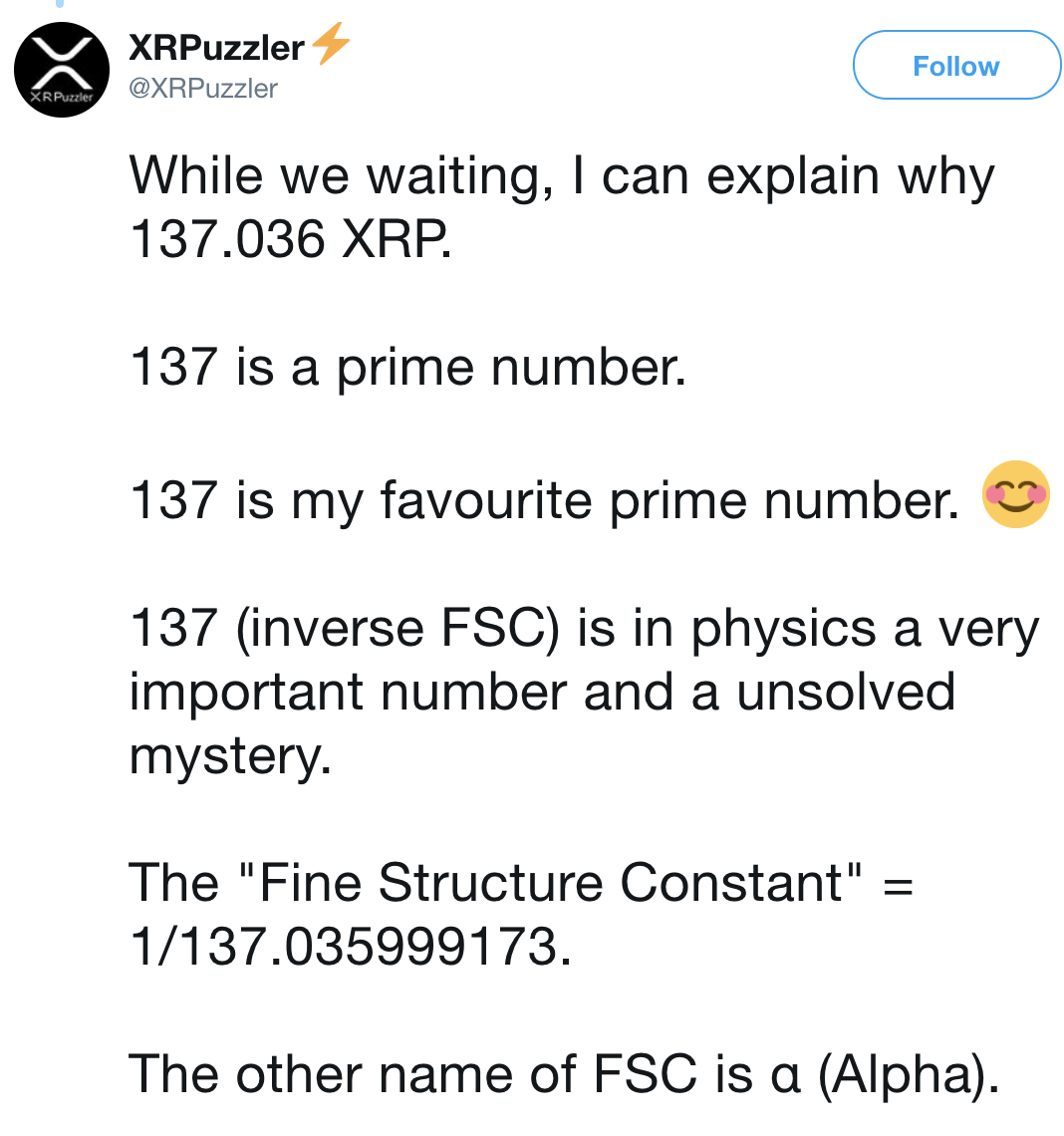 The post XRP ‘puzzler’ offers 137.036 XRP as a reward for solving his new enigma appeared first on AMBCrypto.