Even as the recent Swell conference brought the news that many XRP enthusiasts were waiting for, the price of the token failed to hike. News of the launch of xRapid shook the cryptosphere, and XRP tanked with a loss of over 8%, making it the biggest loser among the top 10. 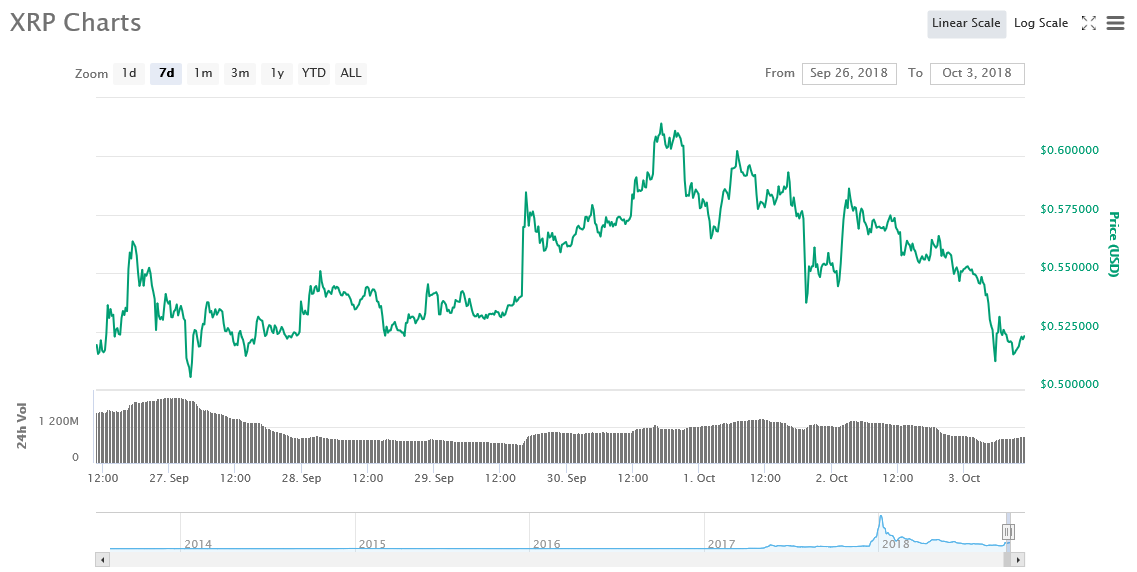 It touched a high of $0.61 on September 30th, and proceeded its downward movement. It dropped to $0.56 on October 1st, leaving many investors to catch the drop. 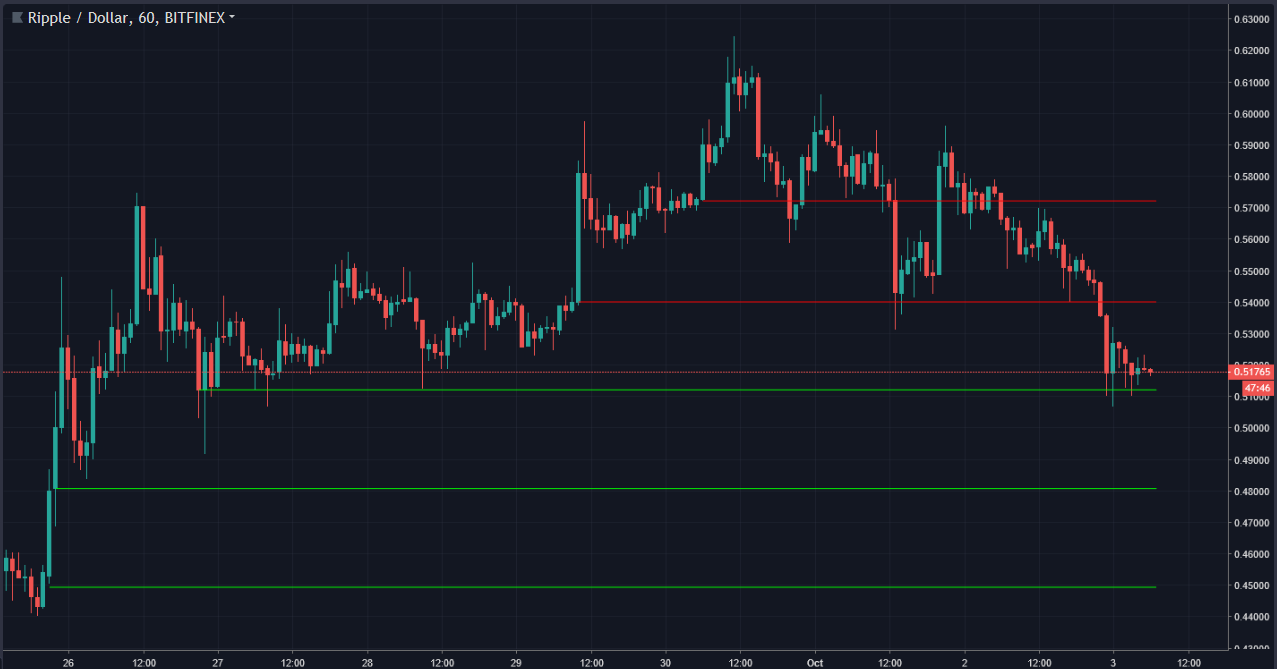 The technicals are also demonstrating a bleak outlook for the coin, as it broke below two of its most integral trend lines. $0.572, $0.54 are the two limits for the coin. $0.512 is an important trend line for the coin at this time, with the $0.48 and $0.44 lines providing further support.