XRP continued its heavy downtrend that has been prevalent since the last week, demonstrating a heavy 20.24% loss in just the last week. This red run comes after an 8.37% hike in the last 24 hours.

While the coin started off the week at a high price of $0.60, it began to see its gains erased. It saw a drop to the $0.56 mark soon after on October 1st.

The coin then demonstrated a slow sideways decline until a short hike to $0.52 in the latter half of the week. It then stayed constant at around the $0.52 mark until a drop yesterday.

Even as the coin is still in the green for the monthly chart, it has erased a considerable part of its profits. However, XRP HODLers who bought the coin at $0.29 last month are seeing a whopping 62% increase in price. 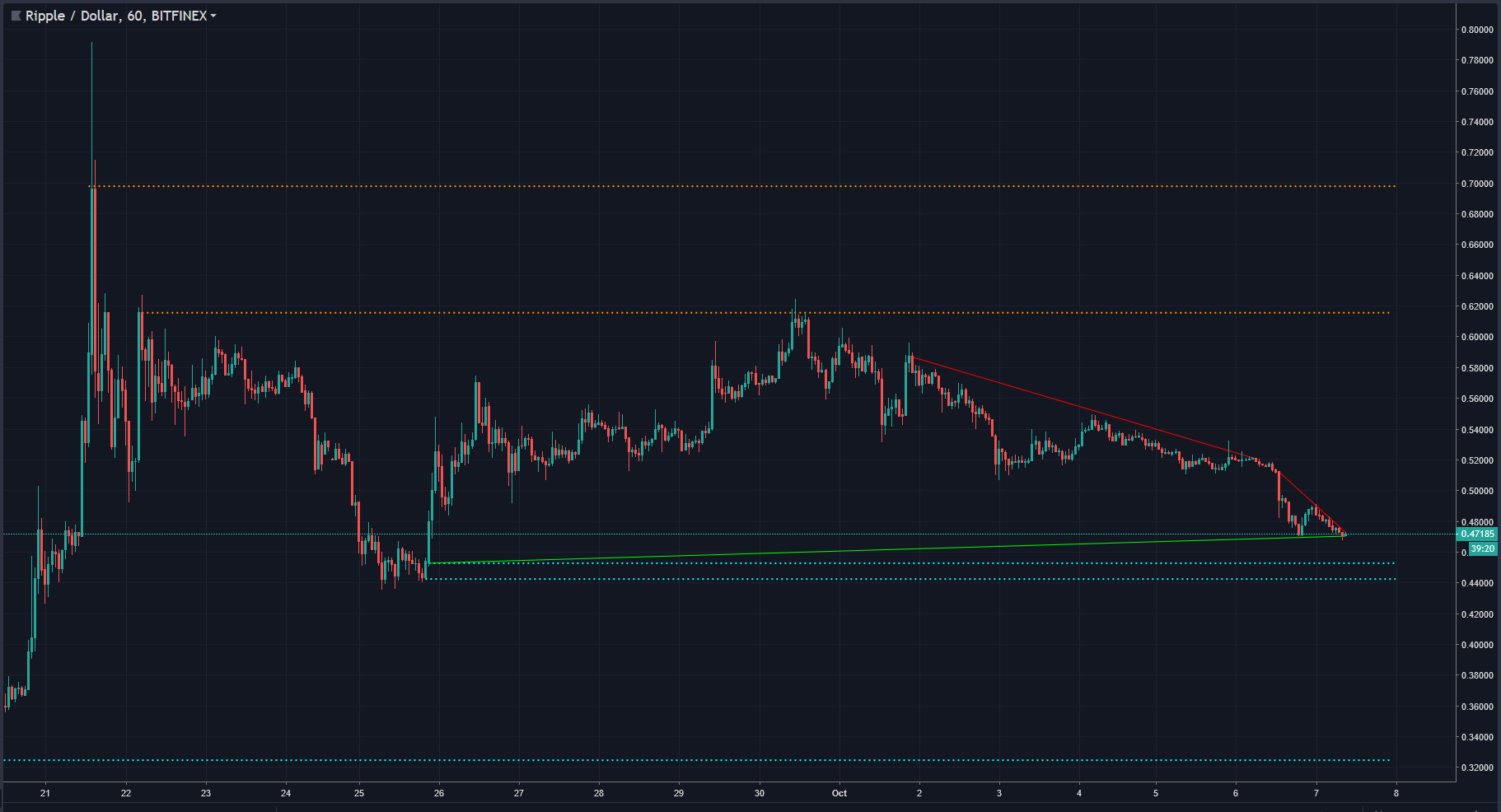