Tron [TRX], the coin which was sitting on the 13th position in cryptocurrency rankings moved the markets by overtaking IOTA and Dash on Sunday. Currently, Tron is the 11th largest cryptocurrency and is close to entering the top-10 coin list, according to CoinMarketCap. 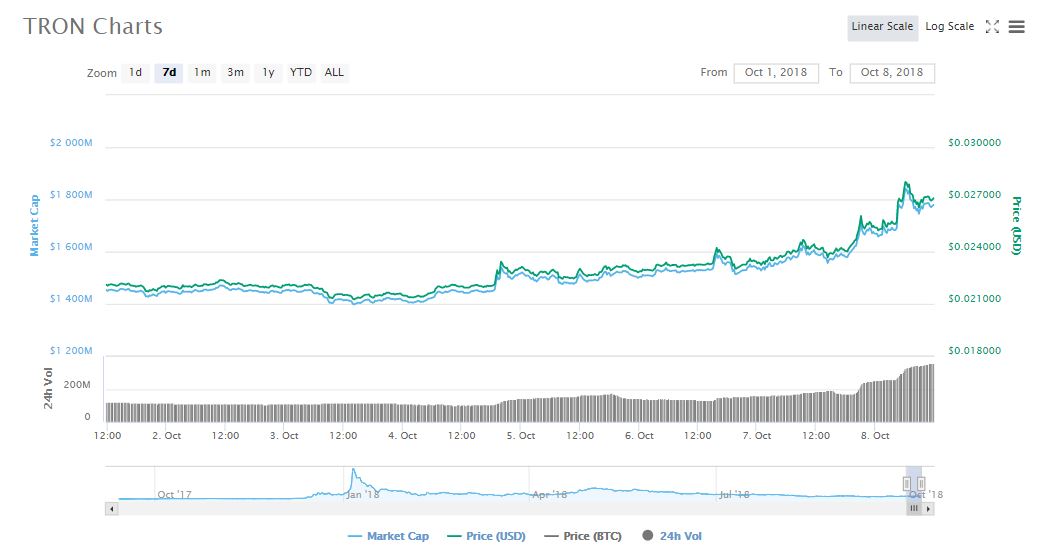 Finally, the coin reached its week-peak when it started to trade at $0.0278 with a market cap of $1.83 billion. The lowest market cap seen over the week was $1.39 billion. Hence, the largest gap seen by TRX in terms of market cap was recorded to be around $440 million that made the difference on the cryptocurrency charts.

It also appears that TRX might overtake Monero [XMR], the privacy coin that is currently sitting on the 10th position with a market cap of $1.86 billion. However, there is no further analysis on whether the speculation will convert into reality.

Tron’s success in the rankings was also tweeted by its creator, Justin Sun. On the achievement, he also posted the then snapshot of the cryptocurrency index. 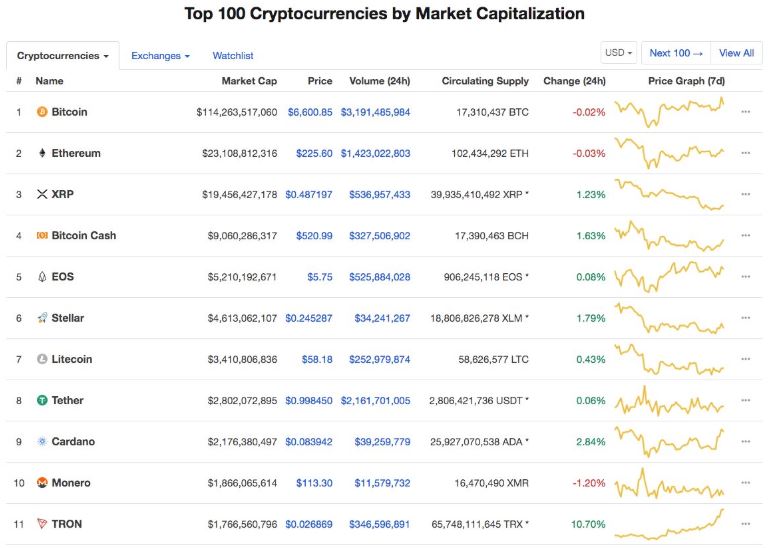 Earlier this week, TRX was reported to have jumped one place ahead on the rankings and was sitting at the 12th position for a short while. The coin is marking a bull run when almost all the other cryptocurrencies in the market are failing to take a flight.

“I love how all of a sudden the people who were bitching about price are now silent.”

chris, a Tron follower dropped in a casual suggestion and encouraged the community to do better. He commented:

“Imagine where you would be if you could find a way to reduce the coins in circulation! That’s what dreams are made of! Keep it up and keep pushing to the top!”

The post Tron [TRX] soars over 12%, in a race to overtake Monero [XMR]? appeared first on AMBCrypto.