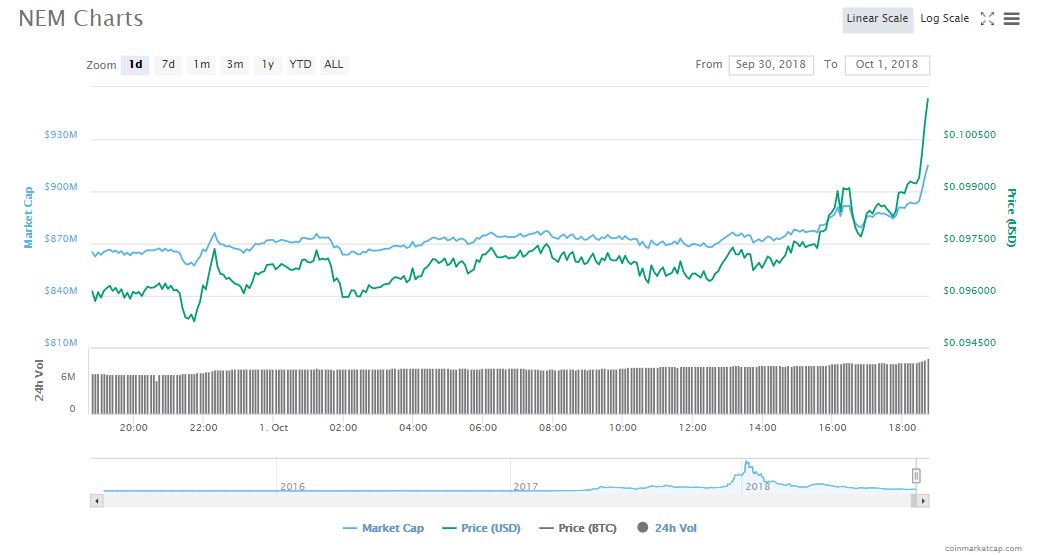 The price made a fluctuating wave, through out the past 7 days. However, it surged by 4% today within the time span of an hour. Moreover, XEM touched multiple lows but regained its momentum to a decent level in the past days.

The first big drop of the cryptocurrency was on 26th September when XEM was trading at a depressed value of $0.0896. Post this drop, XEM began to climb up with minor downturns and made a strong hike, all the way up to $0.0993. This was seemingly the highest for the past 7 days until the price hiked higher today. 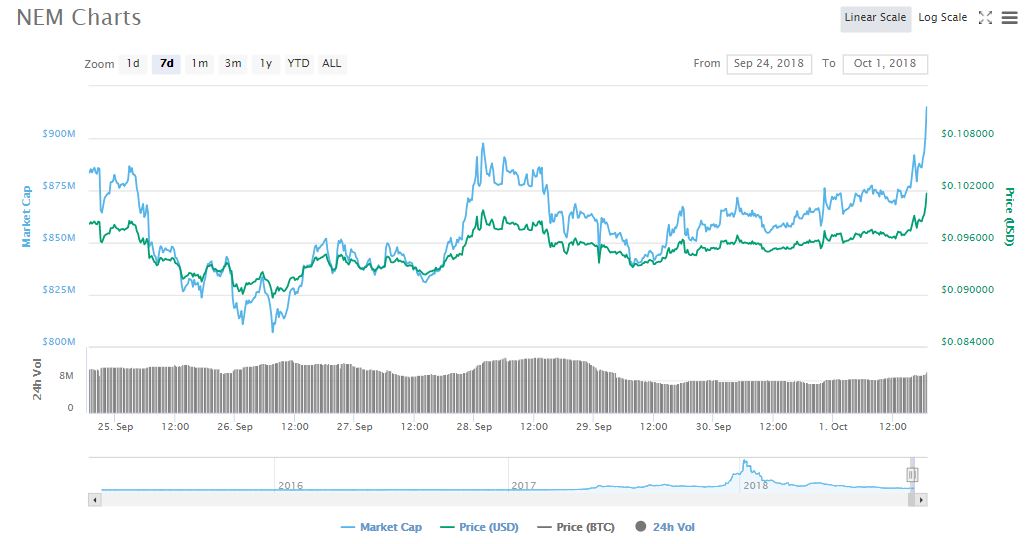 The lowest market cap of the week for XEM is recorded to be $807.1 million, showing that the market cap soared by almost $140 million from the lowest to the highest of the week.

Recently, the official Twitter handle of NEM posted about its work related to its expansion in Columbia. Here, the post talked about how the team is making efforts to increase the adoption of the cryptocurrency. It stated:

“As part of its expansion and adoption project, the NEM.io Foundation has been making important efforts in different countries to show programmers and business operators the great benefits that NEM has to offer. “

NEM also discussed its recent alliances with public and private organizations to take the project forward. According to the team, one of its most significant partnerships has been with Directorate of Science and Technology of the Government of Antioquia.