Riccardo Spagni, the well-known lead developer of Monero, also known as Fluffy Phony on Twitter, spoke about Bitcoin and its community in a series of Tweets on his official Twitter handle. 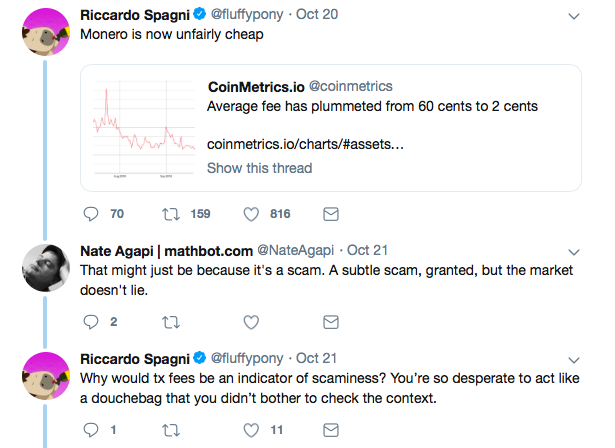 This lead to the Bitcoin Maximalist continuing to state that Monero was a scam as the cryptocurrency claims to be a privacy coin, whereas most of the people purchase the coin on an exchange platform. According to him, this is a “good scam” and the majority of the people fail to “understand the details”.

Spagni replied by stating that the cryptocurrency gives privacy on how an individual spends it, calling it “forward secrecy”, irrespective of it being a scam, although he affirmed that the coin is not a scam. 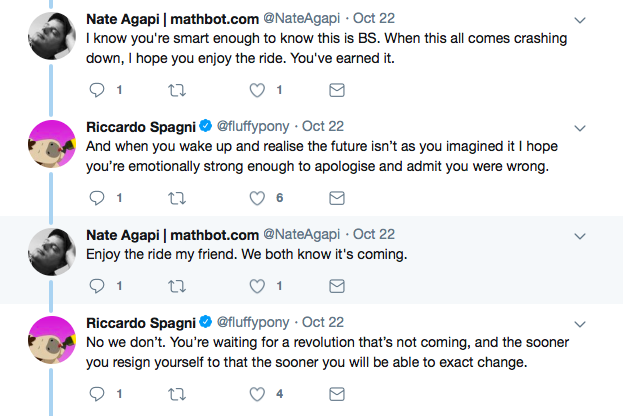 The conversation between the Bitcoin maximalist and the lead developer | Source: Twitter

“I applaud people who think Bitcoin will succeed, but nonsense arguments like this just do their pitch a disservice. They convince themselves that humankind will change and gravitate towards a single goal despite millennia of history suggesting otherwise, and block contrarians.”

However, a Twitterati, Johan Linden, considered that the lead developer of Monero thought that the biggest cryptocurrency in the market, Bitcoin would not succeed. Following which, Spagni assured that he indeed believes that the cryptocurrency is going to succeed, however, it is not going to be the only coin which would exist in the market.

“On the contrary, I am confident it will, but I also don’t think it will exist in a vacuum with no other cryptocurrencies existing.”