In the current phase of the cryptocurrency markets, almost all the coins under top-10 are following a sideways trend, resisting fluctuation. Here, the 7th largest cryptocurrency in the world, Litecoin [LTC] is no exception and is down by just 0.37%. 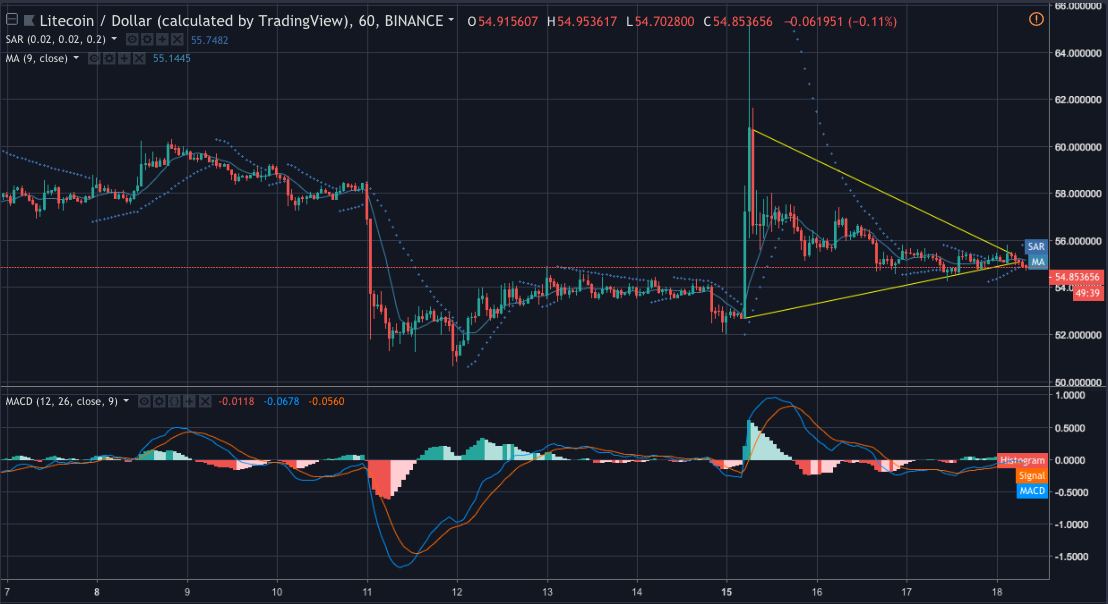 The Parabolic SAR currently has a bearish outlook on the LTC market as the dots have just switched sides and are now aligned above the candlesticks, negating the price prediction.

The Moving Average is also with the previous indicator and is approaching a downtrend along the candlesticks.

The MACD is not depicting a different idea and has just made a bearish crossover by the signal. 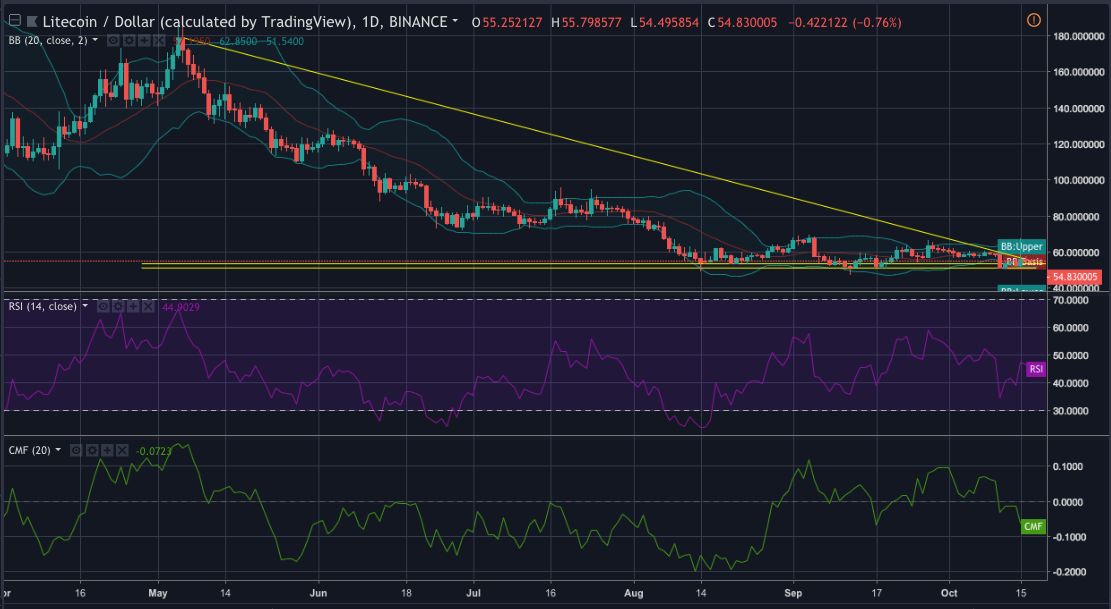 The candlesticks in the 1-day scenario broke the first support fixed at $53.5 and tumbled further down to trade at $51.1. The resistance line drawn from May to present that is ranging from $179.1 to $56 is keeping the price from rising beyond the higher point.

The Bollinger Bands are not projecting much volatility in the current LTC market as the bands are forming a tunnel, appearing to be closing slightly.

The RSI reflects that buying and selling pressure has reached equilibrium. It is approaching downward but fairly away from the oversold zone.

Meanwhile, the Chaikin Money Flow [CMF] indicator is dancing below the 0-line and is reflecting negative prediction for the market trend.

It has been observed that the indicators used in the 1-hour scenario are bearish on the LTC price. Furthermore, in the case of 1-day candlesticks, the prediction is not a distinct one. The indicators are also depicting a depreciating market for the coin in the medium to long-term. However, short-term investor sentiment might push the price upwards.

The post Litecoin [LTC/USD] Technical Analysis: The green zone turns red as the bear feasts on the wounded market appeared first on AMBCrypto.