Litecoin [LTC], the 7th largest cryptocurrency in the world is swimming in the danger zone and is currently down by 3.34%. At press time, LTC is trading at $53.18 with a market cap of $3.12 billion. The 24-hour volume of the cryptocurrency is observed at $296.9 million. 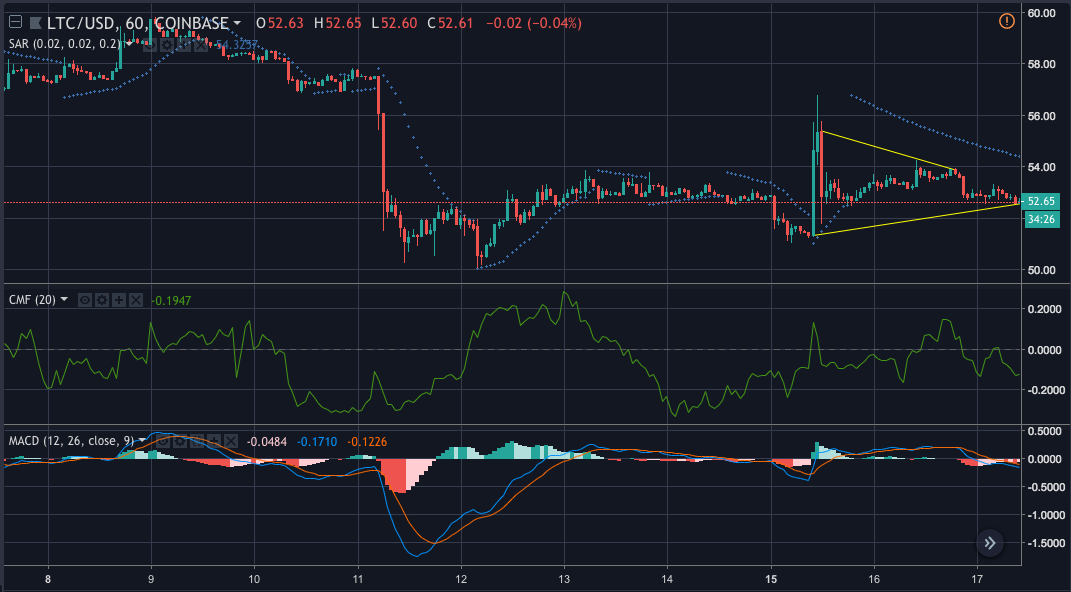 In the timeframe of 1-hour, the trend lines are moving towards each other, fairly distant from an intersection. There is still a fair amount of space for the breakout in the price trend to occur as indicated by the trend lines ranging from $55.3 to $53.8 and $51.3 to $52.5. Hence, the LTC market is relatively stable as of now.

The first indicator used for the prediction is Parabolic SAR, which is clearly pointing towards a depreciating market. The dots are conveniently floating above the price candles, suppressing an upward trend.

On the other hand, Chaikin Money Flow [CMF] has also sided with the previous indicator. Currently, CMF is showing a slump in the LTC market, running below the 0-line.

MACD is strengthening the negative price prediction for the cryptocurrency as it has just made a bearish crossover with the signal. 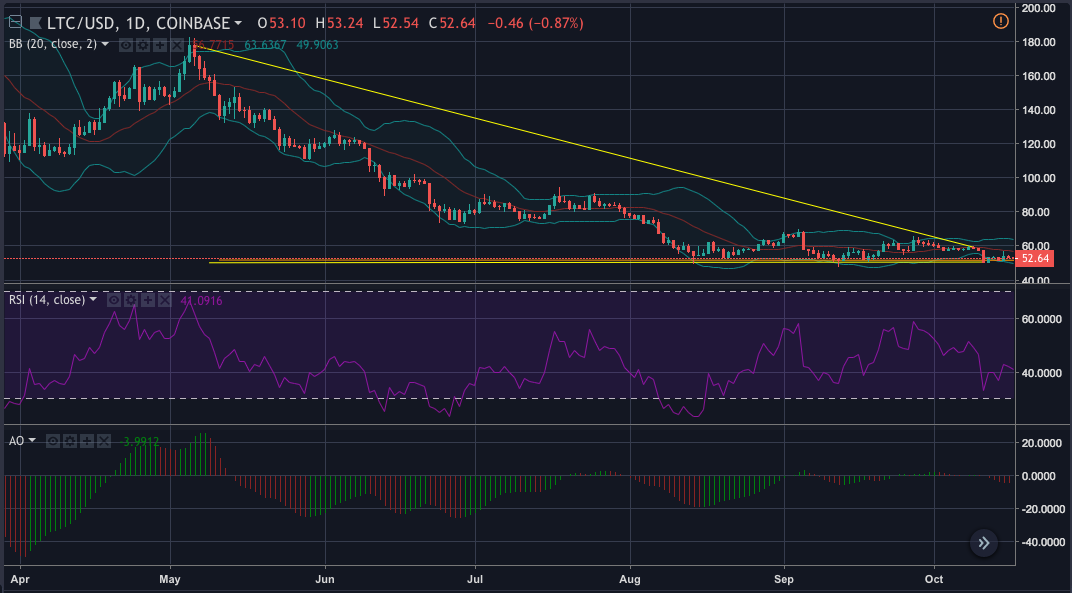 In the 1-day scenario, the LTC candlesticks have broken the first support fixed at $51.6, forming the second support at $50.5. The downward trend line from $178 to $59.3 is about to form a descending triangle with the current support, indicating a trend breakout to occur soon.

The RSI is bearish on the LTC market, agreeing with all the indicators in the 1-hour candlesticks. At present, the RSI just saved itself from entering the oversold zone but is crashing again.

The Awesome Oscillator does not have a deviated opinion either. It is also flashing red at the moment, with all the force to the bearish side of the cycle.

Furthermore, the Bollinger Bands are not indicating much volatility in the upcoming LTC market trend as it is slightly closing, forming a bottle-neck.

In this technical analysis, it has been concluded that all of the above indicators are under the bear’s spell. Henceforth, it is bad news for the LTC market wherein the prices are most likely to trek downhill from here.