After a cryptocurrency market collapse during the past 7 days, the altcoins are steadily recovering from the blood-loss. Litecoin [LTC], the coin that was built to complement Bitcoin [BTC] is currently in the green zone, up by over 2%. At press time, LTC was trading at $54.01 with a market cap of $3.17 billion and a 24-hour trading volume of $218.7 million.

Across the duration of one week, LTC came close to touching a week-peak of $60. However, that remains a far-off dream for the cryptocurrency as Litecoin stumbled down and was trading at a depressed price of $50 at one point in the past 7-days. 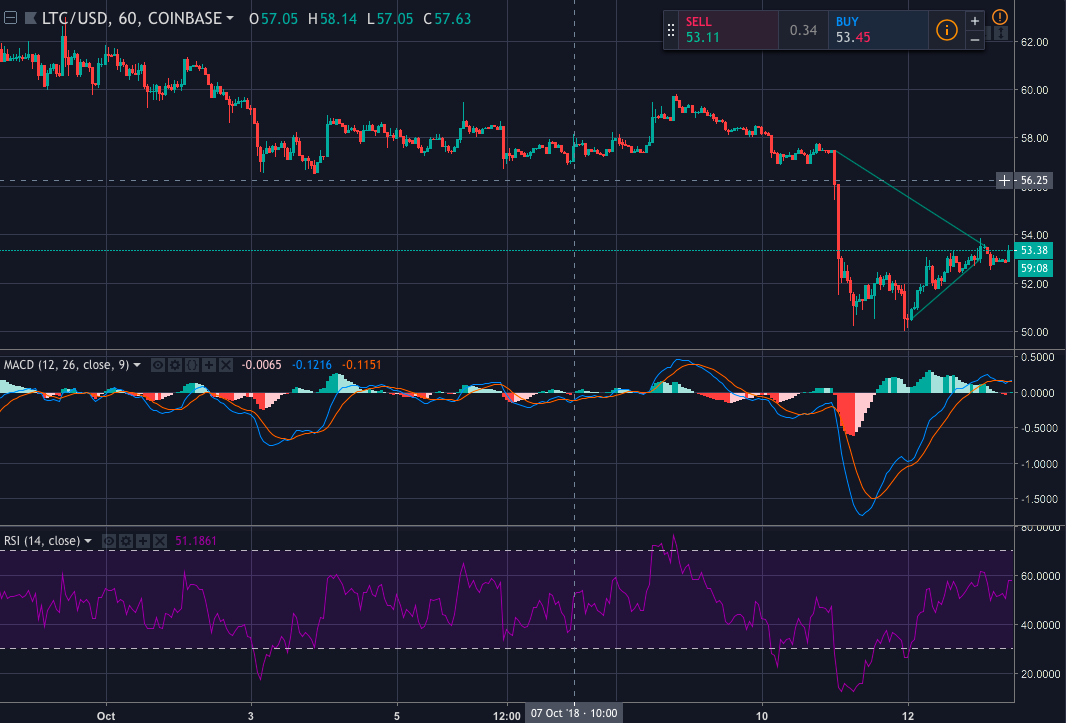 The trend lines in the 1-hour LTC price candles are flashing towards a breakout in trends as they are soon to reach an intersection.

The MACD crossed-over the signal to make a minor bearish turn but took to an upward approach soon. As of now, the indicator is leading to healthy conclusions for the Litecoin market after displaying a bullish crossover.

The RSI is showing similar signs and suggesting a green trend in the LTC price. After slipping deep into the oversold zone, the indicator has switched to the green zone. 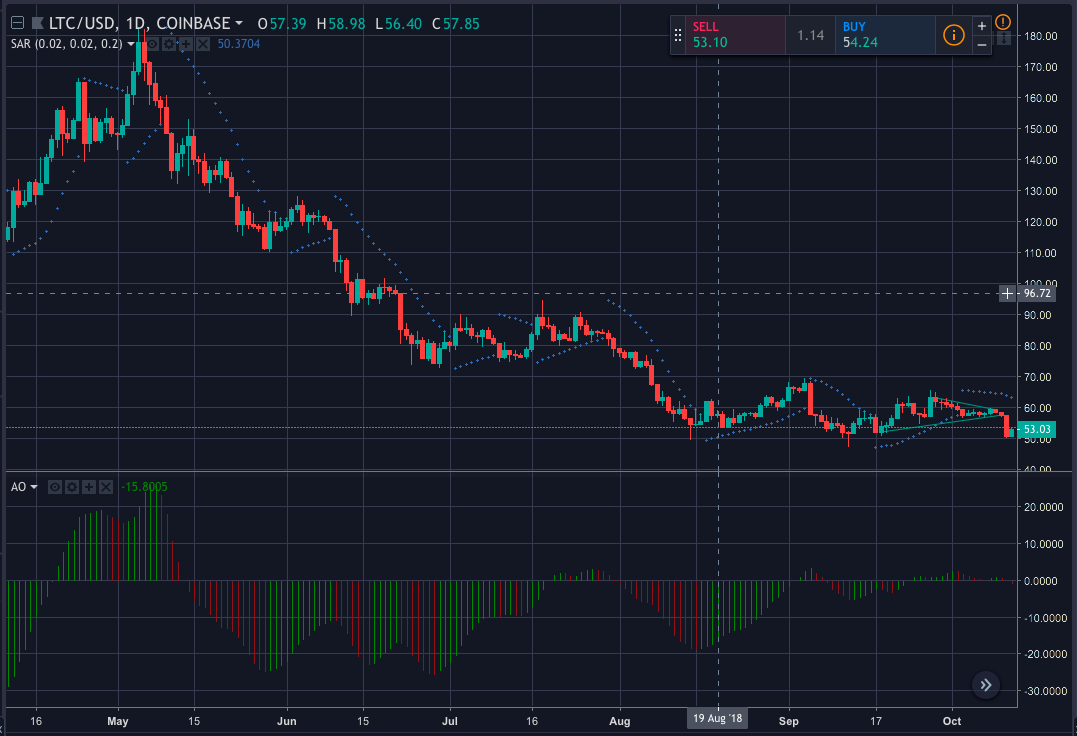 The upward trend line from $52.05 to $57.49 was acting as a support until a breakout occurred in the 1-day timeframe of LTC price. Currently, the trend line ranging from $63.09 to $59.28 is imposing a resistance on the price, oppressing an upward trend.

The Parabolic SAR is supporting a bearish prediction as the dots continue to dance over the flames of the candlesticks.

Strongly in tune with the previous indicator is the Awesome Oscillator, which is painted red and is acknowledging the presence of the bear in the Litecoin market.

Through this technical price analysis, it has been observed that the LTC market is bullish in the short-term trading chart but is predicting the bear’s entry into the market soon. The RSI and MACD are vouching for the bull whereas the Awesome Oscillator and the Parabolic SAR do not look convinced with the approach.

The post Litecoin [LTC/USD] Technical Analysis: A neck-to-neck fight between the bull and the bear appeared first on AMBCrypto.