IOTA foundation recently announced that it is planning to power a biometric authentication system that will use users’ palm vein pattern to authenticate their identity.

The proposed system will use an open source digital ledger of technology called Tangle, developed by IOTA. The new system will be called IAMPASS Proof of Concept.

The system creates a distinctive and verifiable identity for each user after scanning their palm vein pattern. This helps each individual to enable audit trails for accessing high-security platforms, secure identification and asset management. The system can also work in coordination with permissioned facilities, including “smart car charging platforms”.

Once the system is implemented, consumers will be able to manage their accounts, control their data and thwart identity theft by using the foundation’s biometric identifier. 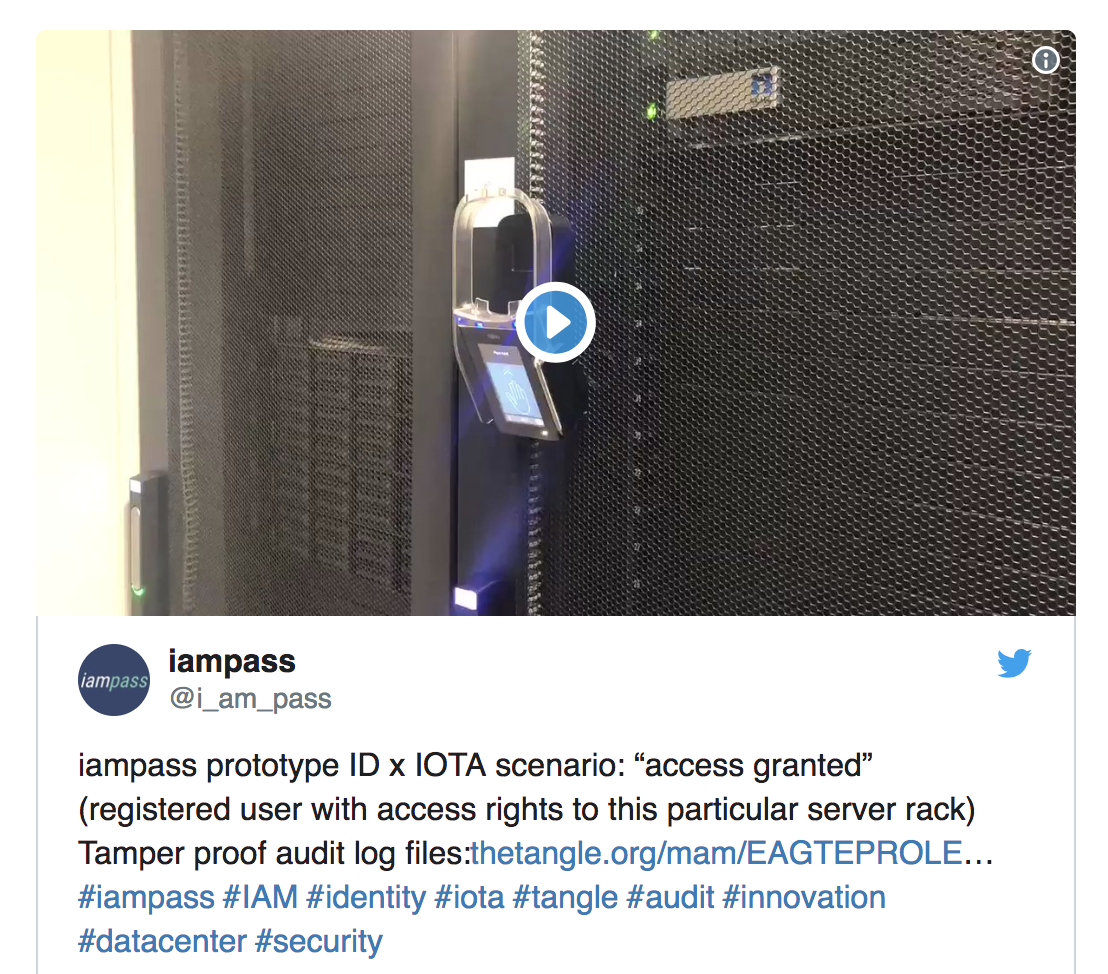 The proposed system will use an open source digital ledger of technology called Tangle, developed by IOTA. | Source: Twitter

Dominick Schiener, the co-founder of IOTA foundation, said that the system was made to tackle some of the biggest problems affecting the cryptocurrency space, including identity theft, and effective authentication methods. He said:

“This is why we are excited about IAMPASS Proof of Concept, which uses the IOTA permission-less distributed ledger to make identity not only portable, but also give users assess and ownership over their own data. With the maturation of identity solutions like these, we will see the IOTA ecosystem providing a key technical puzzle piece for the adoption of distributed ledgers.”

Toan Nguyen, the director of business development and cloud platform, said that Tangle’s unique design helps firms amalgamate digital identity security and personal data. He added that it is crucial for the cryptocurrency space as both the entities are crucially intertwined.

“Together, we expect the IOTA ecosystem and IAMPASS to help drive the next phase of digital identity management for high secure environments like data centers and in the smart city.”

IOTA has been very active in developing identity solutions for a plethora of clientele. IAMPASS is the newest addition to their pool of products.