Currently ranking at position 12 on CoinMarketCap, during the time of writing, the coin was trading at $0.51. The cryptocurrency was seeing an hourly raise of 0.64%. It was holding a market capitalization of $1.4 million, with a 24-hour market volume of  32,109,955 USD. The majority of IOTA’s trade was held by Bitfinex with a total volume on the exchange amounting to $9,772,153. 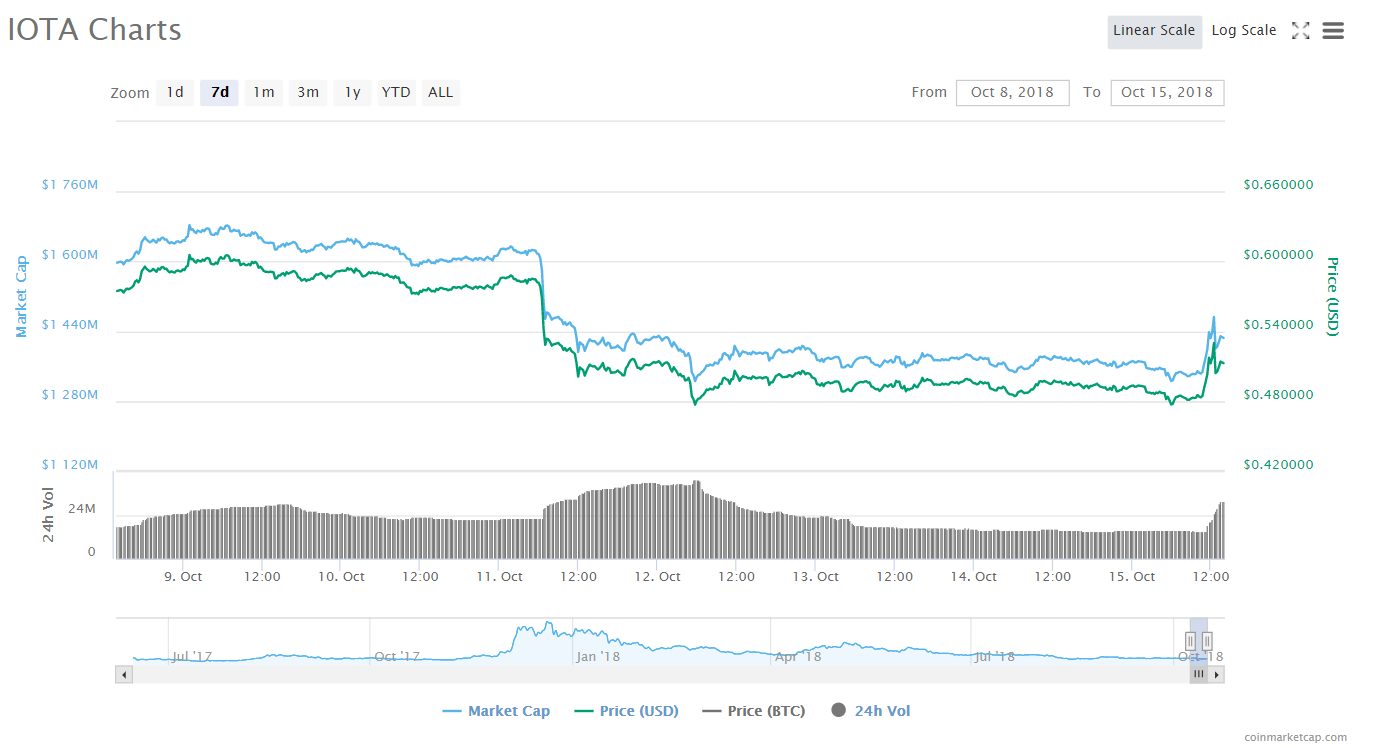 The cryptocurrency was displaying a sideways movement from 12th of October till today. The price witnessed a sharp spike to reach its weekly high of $0.52 to settle at a value of $0.51.

“Next bull run #IOTA will be 14$ just saying #IOTAStrong” 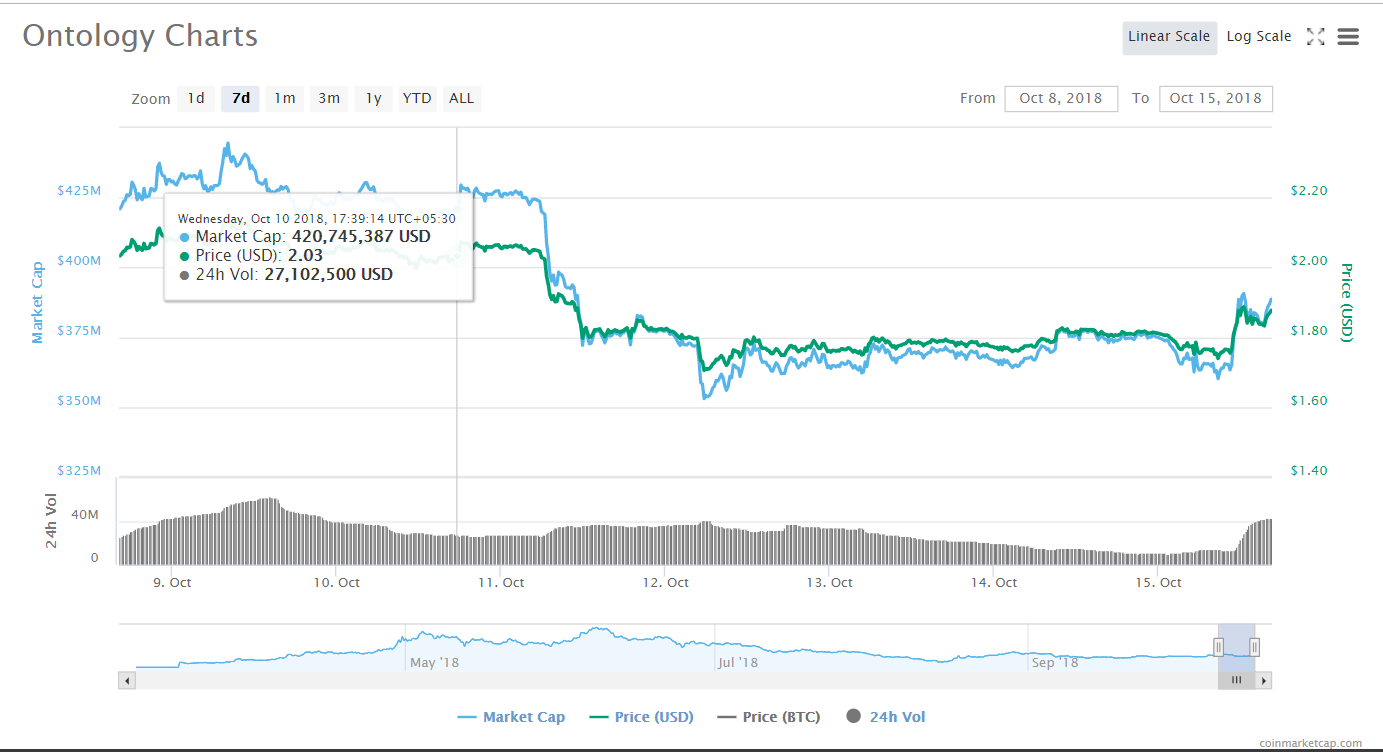 As observed in the Ontology chart, the cryptocurrency witnessed a sudden drop from $2.03 on 11th October to settle at a value of $1.80. ONT witnessed a sideways movement from 11th October until today, with minor falls in between.