Ethereum [ETH], the second-largest cryptocurrency, is currently moving sideways in the market after the evident collapse of all the coins across the board this week. The cryptocurrency is in the green zone but has not gained much momentum in terms of price performance. 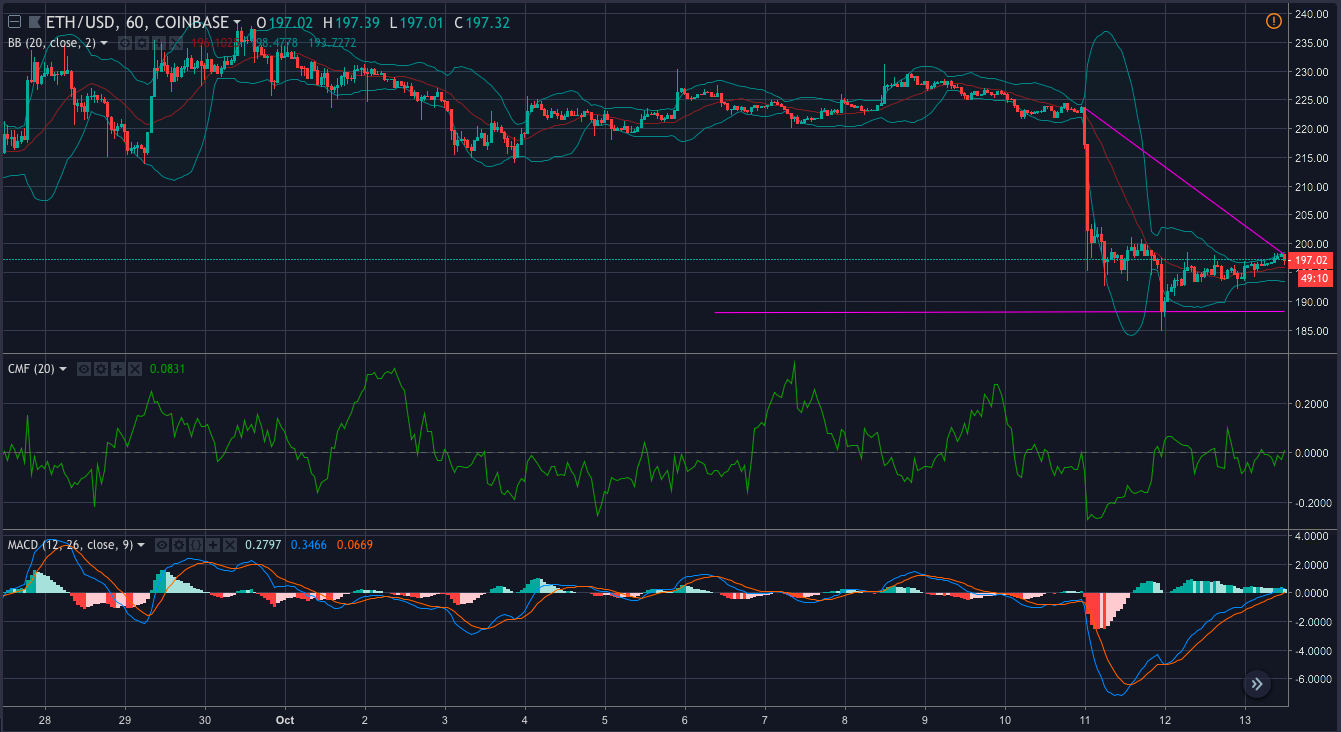 In the 1-hour ETH candlesticks, the support line is observed to be maintaining the price above $188. The downward trend line ranging from $233.62 to $198.23 has been acting as the resistance, leaving much scope for the price to rise.

The Chaikin Money Flow [CMF] indicator remained bearish for a while but turned bullish later, currently advocating a healthy run for the ETH market.

The MACD is also following the CMF’s prediction, supporting a positive speculation for the cryptocurrency. The signal underwent several major crossovers by the MACD with the latest intersection appearing to be bullish.

Commenting on the volatility aspect of the ETH price, Bollinger band has formed a bottleneck, apparently indicating towards an increase in fluctuation. 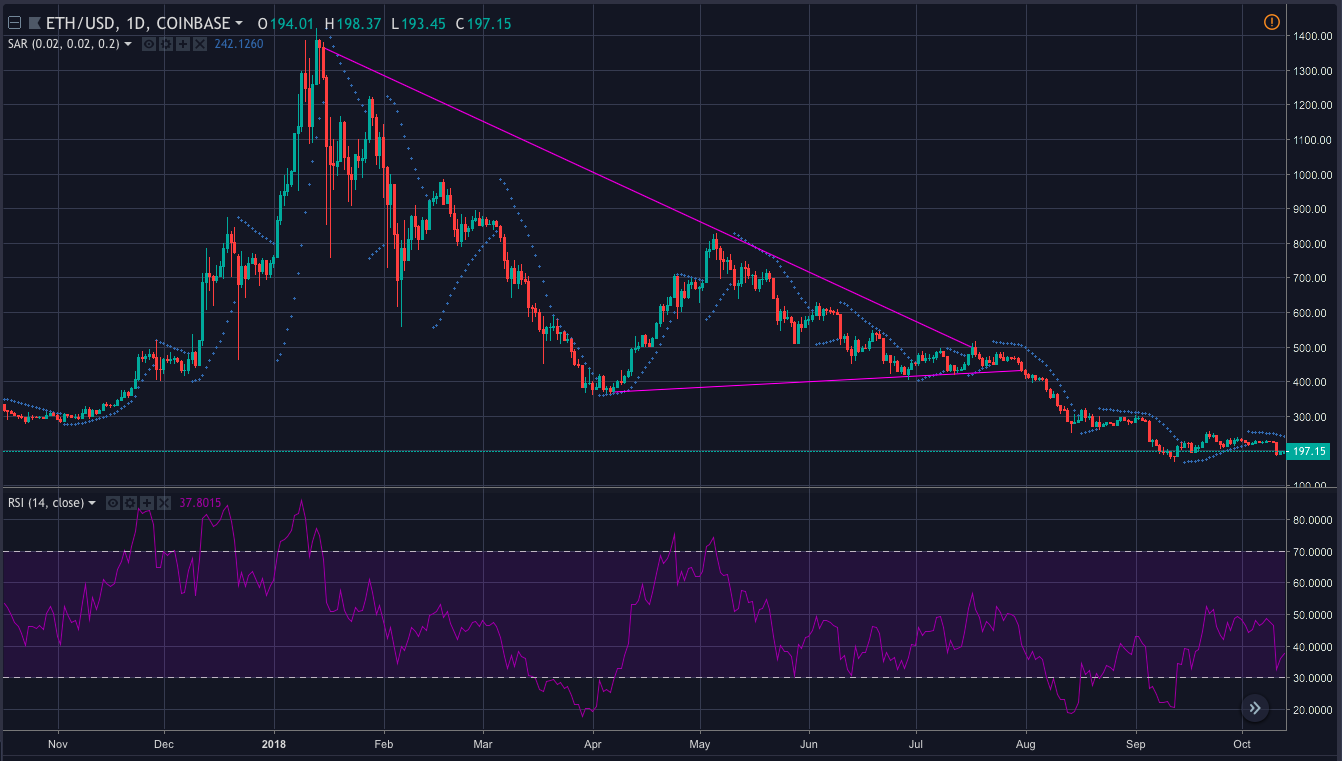 The RSI is pointing towards a positive price trend as it has just bounced back after touching the oversold zone. Currently, the indicator is floating in a healthy space, predicting a bullish price run.

However, the Parabolic SAR is indicating a depreciation in the token’s price. As of now, the dots are aligned above the Ether candlesticks, going for a negative price speculation.

In this technical analysis, the majority of the indicators are predictive of a bullish cryptocurrency market for Ethereum. The Parabolic SAR is the only indicator arguing a bearish stance.